Presently the app is considered one of the most valuable start-ups on the planet.

But TikTok is not yet a complete success story. The video-sharing platform may have broken into some non-Chinese markets, but it still has a lot to learn when it comes to outside regulations and culture.

And this is true for Chinese apps generally – they face obstacles refining their global strategies, particularly in navigating China’s notorious internet censorship.

Some scholars attribute the success of Chinese social media to the censorship and isolation of China’s internet. This is because China’s Great Firewall prevents foreign social media from entering the Chinese market.

Nevertheless, many China-based social media platforms, such as Weibo, WeChat, You Ku, Blued and Douyin, are seeking to expand into the global market.

WeChat, for instance, tried (and failed) to expand into the non-Chinese overseas market, even hiring soccer star Lionel Messi to front their advertising campaign.

Unlike the global strategies of its peers, ByteDance has never merged Chinese and international digital realms. Instead, it created a separate app, TikTok, specifically for going abroad. 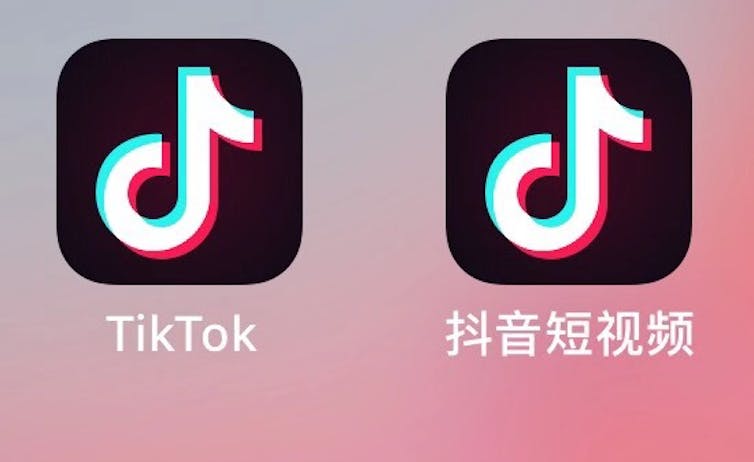 TikTok and Douyin. Screenshot of the author's phone

In fact, ByteDance spent A$1.42 billion to purchase Musical.ly, to target the teenage market in the US. On August 2, 2018, ByteDance merged Musical.ly into TikTok, an exceptional boost for TikTok’s success.

TikTok is trying to remove its Chinese roots

Douyin and TikTok are branded as the same product, but they each have distinct characteristics depending on their marketing target. This is wise for ByteDance’s global ambition, given Chinese internet culture doesn’t always translate in a global context.

For instance, TikTok, unlike Douyin, has a set of westernised stickers and effects on its interface, as you can see in the picture above.

Still, some prevailing Chinese traits appear in TikTok that emerged from Douyin, such as a meibai (美白, literally meaning “beautify whitening”) camera tool. 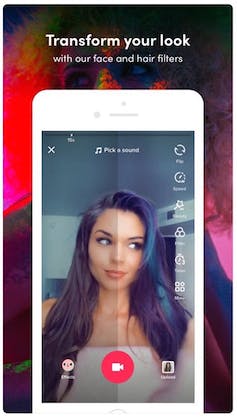 But the pursuit of white skin isn’t a social motivator in most western countries, and technological constraints like this are easily noticed.

Despite ByteDance’s efforts to minimise Chinese culture in its international app, it is still difficult for TikTok to fully understand western culture.

And this is especially true of other Chinese social media platforms, which don’t really endeavour to incorporate global cultures at all. For instance, WeChat’s mobile payment service, WeChat Pay, only allows Chinese citizens with a Chinese bank account to set up an account.

This includes child users who are making money by live streaming or posting advertising videos on Douyin. And to gain more Douyin followers, some children, for instance, have been reported as recording suggestive gestures or dances.

ByteDance’s chief executive Zhang Yiming responded by saying the company would increase its content moderation team from 6,000 staff members to 10,000. But ByteDance refused to disclose how many of these 10,000 moderators would work for TikTok, and whether the content standards for American users are the same as those for Chinese users.

Chief executive of Common Sense Media James P Steyer said children on TikTok are “significantly too young for it”.

It’s not that the content on TikTok isn’t okay for your 15-year-old. It’s what happens to your six or seven-year-old.

Last month, TikTok was penalised A$8 million by the US Federal Trade Commission due to its violation of Children’s Online Privacy Protection Act.

ByteDance’s low-level attention to underage users on Douyin and TikTok shows the lack of structural mechanisms in place for protecting children in China. And there are possibilities for more unforeseen circumstances due to nontransparent regulation of social media within China.

While TikTok agreed to pay the largest ever penalty in a children’s privacy case in the US, there is still much for it to learn and adapt in the global market.