In December 2017, joyous scenes accompanied the long-awaited enactment of marriage equality in Australia. This joy was soon replaced by outrage, however, when the community learned of the extent to which religious schools may legally discriminate against students and staff on the basis of their gender identity or sexual orientation.

In response, Prime Minister Scott Morrison announced last October that parliament would swiftly act to disallow religious schools to expel students on the basis of their sexuality. 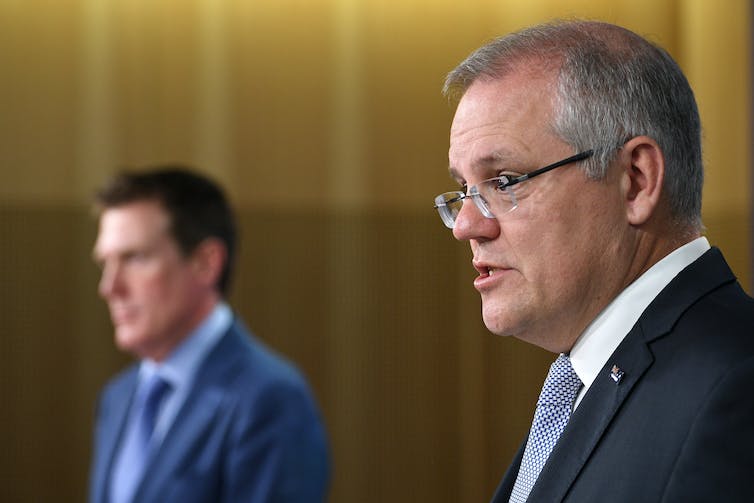 In a Senate committee report in February, Coalition senators insisted the matter of religious school exemptions from the SDA be referred to the Australian Law Reform Commission.

To date, no referral has been made. And given the few parliament sitting days scheduled before the federal election, it appears this issue will fall to the next parliament to resolve.

The Coalition has also announced a number of initiatives to boost protections of religious freedom following the release of the long-awaited Ruddock Religious Freedom Review in December.

Contrary to the panel’s recommendation, Morrison said the government would appoint a religious freedom commissioner to the Australian Human Rights Commission. He also said he wanted to pass a Religious Discrimination Act before the next federal election, but the government has not provided any details on what form such a statute might take.

While the Liberal Party’s election policies have yet to be released, it is safe to assume the Coalition would seek to implement all the proposals announced in response to the Ruddock report if re-elected.

If Labor wins the May election, it will feel pressure to follow through on removing exemptions for religious schools in the SDA, as it has committed to doing.

Labor has also indicated it supports enacting a federal law to prohibit discrimination on the basis of religious beliefs, but it needs to see the details of such a proposal before committing to it.

Katharine Gelber, Professor of Politics and Public Policy, The University of Queensland

Freedom of speech has become a prominent topic in public debate in recent years. One trigger was the 2017 marriage equality survey. During the campaign, the Australian Christian Lobby argued that marriage equality would “take away” people’s right to free speech and former Prime Minister Tony Abbott insisted that a “no” vote was essential, “if you’re worried about religious freedom and freedom of speech”.

A second trigger was the 2017 parliamentary inquiry into freedom of speech, which raised the question of whether the wording of the racial vilification provision in federal law (Section 18C) should be changed, and whether the procedures under which complaints are dealt with by the Australian Human Rights Commission should be altered. Subsequent attempts to change the text of Section 18C were unsuccessful.

Read more: Free speech: would removing Section 18C really give us the right to be bigots?

What has received far less media attention, though, are the multiple ways in which the Coalition has undermined free speech while in government. The Coalition appears to be a friend of free speech only when it suits them.

These include counter-terrorism laws prohibiting the unauthorised disclosure of information that does not have a public interest exemption. Another new law ostensibly designed to prevent foreign interference in Australian affairs exposes journalists and charities to risk of prosecution.

In addition, the Coalition included secrecy provisions in the 2015 Border Force Act intended to prevent people who work in offshore detention centres from disclosing information. The legislation was so draconian, the UN special rapporteur on the human rights of migrants cancelled a planned visit to Australia in September 2015 on the grounds it would prevent him from doing his work. Eventually, in the face of a High Court challenge in 2017, the government removed the provisions.

Labor’s position on free speech is less clearly stated. On the one hand, it has a record of support for national security laws that restrict free speech. However, Labor takes a different stance from the Coalition on anti-vilification laws, which it defends as narrow, valid restrictions that prevent racism, bigotry and discrimination.

Perhaps the biggest shift in public discourse around free speech has been the degree to which politicians from One Nation, Katter’s Australian Party and the United Australia Party, as well as some from the Coalition, have been emboldened to promote harmful stereotypes of migrants, asylum seekers, LBGTQI and other marginalised groups.

Indeed, in some quarters, political rhetoric has become so caustic that it has separated informed public debate from evidence and reasoning, and undermined core democratic institutions.

If Labor wins the election, its biggest challenge will be to provide the leadership to shift public discourse away from this and facilitate a political culture that embraces diversity and provides free speech to as many people as possible.

Social security and welfare remains the largest component of government spending. In the latest budget released by the Coalition government, spending is projected to increase from A$180 billion in 2019-20 to just over A$200 billion in 2022-23. This represents a slight fall, however, from 36.0% of total spending to 35.8%.

Compared to previous budgets, there are no major proposed cutbacks in assistance. The Coalition government has attempted to slash funding for social security and welfare in its past six budgets, with little success. 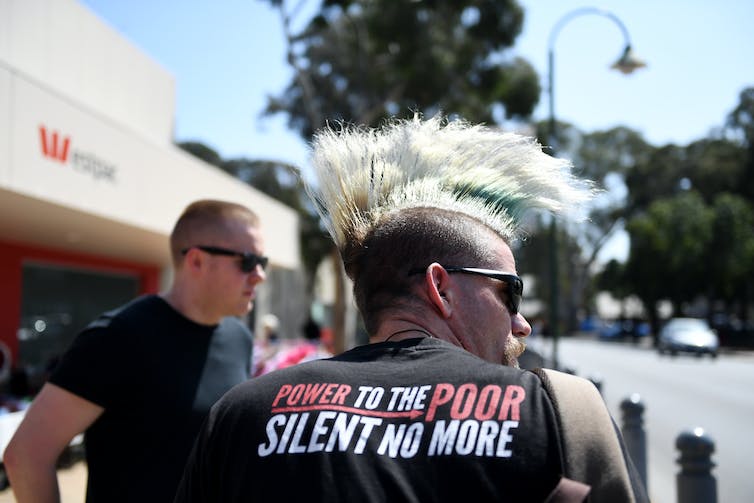 A campaigner for an anti-poverty group in Adelaide. Tracey Nearmy/AAP

Read more: Future budgets are going to have to spend more on welfare, which is fine. It's spending on us

But the budget also extended the government’s Cashless Debit Card trials, which have courted controversy. The Australian Council of Social Service has argued the card curtails people’s freedoms and hasn’t resulted in any positive effects. This followed an Australian National Audit Office report, which concluded that the card had major flaws and it was difficult to see where social harm had been reduced due to a “lack of robustness in data collection.”

The Coalition government has attempted to play up its social security and welfare successes in recent years, pointing to the fact that the proportion of the working-age population receiving income support is at its lowest level since the early 1980s.

But this appears to be the result of fewer people applying for benefits rather than people moving off benefits more rapidly, as has been claimed. It also reflects a somewhat stronger labour market in recent years and changes introduced to the Parenting Payment Single and Disability Support Pension programs under the Rudd/Gillard governments.

Whoever wins the next election will face pressure to further increase welfare and social security spending as the National Disability Insurance Scheme ramps up and the Aged Care Royal Commission releases its findings. The recent report by the Parliamentary Budget Office projects that real spending on aged care will increase by around A$16 billion over the next decade as a result of Australia’s rapidly ageing population.

Newstart, the main payment for unemployed Australians, is also increasingly being seen as inadequate. It has slipped relative to pensions and wages each year because it is indexed to the slower-growing consumer price index.

Labor has promised that, if elected, it will use a “root and branch review” to look at lifting the rate of the Newstart unemployment benefit. However, it is not just Newstart that is inadequate, but support for single parents and families with children, which has been cut by both major parties over the last 15 years.