State governments may run schools, but federal decisions still make a big difference to the education of Australian children. Whoever the federal education minister after the May 18 election, he or she needs to put these three things first:

1. Get school funding right, then move on

School funding debates in Australia are complex and messy, but there is hope. Both Labor and the Coalition are committed to needs-based funding, and there were real steps forward in 2017 with the passage of Gonski 2.0. Among many improvements, this committed to increasing Commonwealth funding to government schools from an average of 17% of their needs in 2017, to 20% by 2023.

Read more: The passage of Gonski 2.0 is a victory for children over politics

Each school’s needs-based funding target is calculated through something called the Schooling Resource Standard (SRS). Under the SRS, every student receives a base amount of funding. When parents choose a non-government school, base funding is reduced according to parents’ capacity to contribute. Students with higher needs attract extra funding, regardless of how well-off their parents are.

The structure of the SRS formula is sound: schools get more money if their students need it, and most families can afford a non-government school if they so choose.

So far, so good. But there is a big gap between funding theory and practice. The Grattan Institute’s Commonwealth Orange Book 2019 compared Australia’s performance across a range of policy areas against nine similar countries: Canada, Germany, Japan, the Netherlands, New Zealand, South Korea, Sweden, the United Kingdom and the United States.

We found disadvantaged schools in Australia had worse access to educational staff and materials than any comparison country. And Australia’s state schools, which educate the bulk of the most disadvantaged students, get less funding than governments themselves say the schools need.

This funding gap isn’t going away. Under current Coalition policy, the effective funding for each state school will plateau well below 100% of SRS, while non-government schools get full whack. 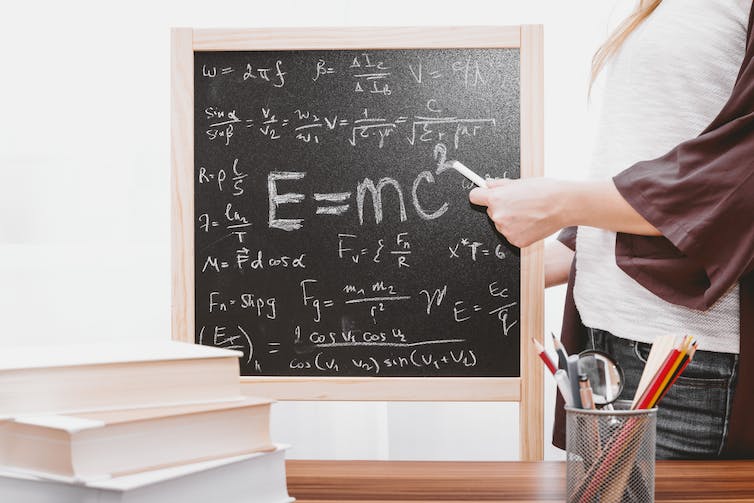 The SRS formula is sound but needs a refresh. JESHOOTS.COM/Unsplash

The next federal education minister should work with the states to close this gap, moving all sectors to a consistent level of funding against the SRS on a consistent time-frame – ideally after reviewing the SRS formula to increase confidence in the underlying target.

How much money each school gets is important. How they spend that money can have an even bigger impact, especially when it is based on rigorous evidence.

Education researchers have spent decades building the evidence around the most effective – and cost-effective – ways to teach.

Yet there are still major evidence gaps around the impact of policies, programs and education practices in Australian schools and early childhood education and care services; and the most effective ways to turn best practice into common practice.

A 2016 Productivity Commission report highlighted the need for a new national evidence institute, to complement the work already being done at a state level. Both the Coalition and Labor have promised to establish such a body. The task of the next federal education minister will be to get the institute’s governance and scope right.

The institute should be genuinely independent of government, both to gain the trust of the education sector and to avoid changes driven by the political tides.

And its scope must be sufficiently broad. Lists of the most effective educational interventions are valuable, but don’t automatically change teaching practice.

Read more: Don't be fooled, billions for schools in budget 2019 aren't new. And what happened to the national evidence institute?

In the short- to medium-term, the key to better student outcomes is to help the existing teacher workforce adapt their practices to do more of what works best and to stop practices that don’t.

In the long-term, a key consideration is who comes into the teaching profession and how well they are trained. As of today, too many students are unprepared for the classroom even once they have completed their initial teacher education.

This issue is not new, and it is being addressed. Since the 2014 Teacher Education Ministerial Advisory Group (TEMAG) review, the Commonwealth has tightened the accreditation requirements for initial teacher education courses, and made a number of other sensible changes such as ensuring all would-be teachers have strong literacy and numeracy skills.

The next federal education minister should announce a major review of these reforms. It should assess the effectiveness of the changes that have been made to date and explore whether additional sanctions are needed for universities that are failing to deliver quality improvements.

Given the TEMAG reforms are still being implemented, we suggest the review should not happen until 2021. This would give time for the current changes to be implemented and tested.

It would also make it harder for universities to make excuses if they are still admitting too many students with poor academic records or if their students are still unready to teach when they get to the end of their degrees.

It’s a lot to ask a Commonwealth education minister to get school funding right, strengthen the evidence base, and ensure initial teacher education is delivering the goods. They certainly can’t do it all on their own. But what the minister chooses to prioritise will affect the life outcomes of Australia’s schoolchildren, and the future economic prospects for the whole nation.