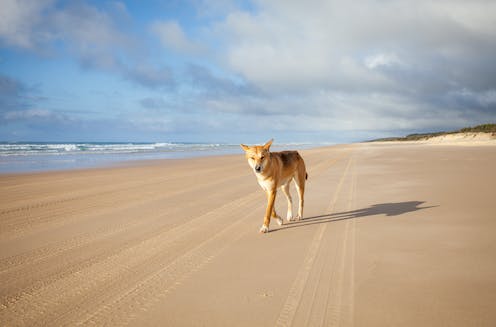 Dingoes on K'Gari are the most genetically 'pure' in Australia.

Two small children were hospitalised in recent weeks after being attacked by dingoes on K'gari (Fraser Island).

The latest attack involved a 14-month-old boy who was dragged from his family campervan by dingoes, an incident that could have ended with much more serious consequences than...

Two small children were hospitalised in recent weeks after being attacked by dingoes on K'gari (Fraser Island).

The latest attack involved a 14-month-old boy who was dragged from his family campervan by dingoes, an incident that could have ended with much more serious consequences than the injuries he sustained.

Fraser Island, famous for its wild dingo population, was renamed K'Gari in 2017. And the number of tourists involved in negative interactions with dingoes appears to be increasing.

Read more: Why do dingoes attack people, and how can we prevent it?

The dingo, a wild dog of the Canis genus, were likely brought to Australia by Asian seafarers around 4,000 years ago. 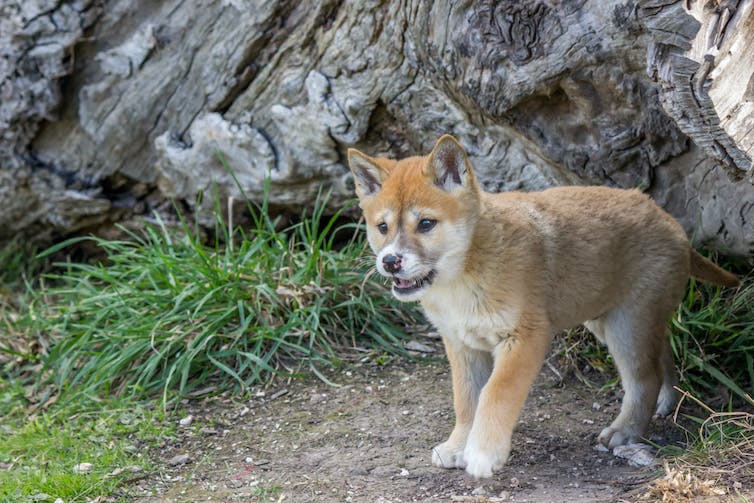 Dingoes can be terrifying – but not when they’re puppies. Shutterstock

While dingoes exist in many parts of Australia today, those on K’gari are thought to be “special” because of their genetic purity. This means they have not interbred with wild and domestic dogs to the same extent mainland dingoes have, and so are considered the purest bred dingoes in Australia.

They are legally protected because of this special status, and because they live in a national park and World Heritage Area. Unfortunately, it is precisely this protection and separation from humans that has driven much of the increase in interaction and aggression towards people.

Read more: Like cats and dogs: dingoes can keep feral cats in check

This ongoing human-dingo conflict on K’Gari shows how our laws and management practices can actually increase negative encounters with wildlife when they don’t consider the history, ecology and social circumstances of the conflict area.

The island’s laws and policies, such as the international World Heritage Convention and the more local Fraser Island Dingo Conservation and Risk Management Strategy, are focused on conserving a particular human idea of “natural wilderness”.

In practice, this means the management policy focuses on “naturalising” the dingo by effectively separating them from people and the sources of food they bring.

But dingoes, although wild animals, have never effectively been naturalised on K’Gari, so our attempts to maintain their “natural” and “wild” status is not entirely accurate. 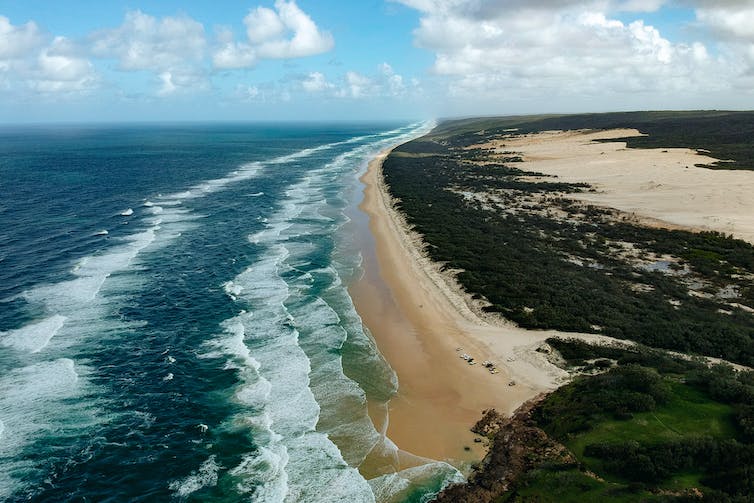 K'Gari (Fraser Island) is the largest sand island in the world. Shutterstock

Dingoes have a long history of being close with Aboriginal people. This human-dingo relationship continued as the island was used for mining and logging, as employees also lived with dingoes. They were fed by people, scavenged scraps from rubbish tips, and fed on leftover fish offal.

It is only in the last few decades we have sought to rewild dingoes by removing all forms of human-sourced food, separating them from human settlement.

Separating the animals from humans won’t work, however, when more than 400,000 tourists visit K’Gari every year, expecting to see a dingo.

International law and local management prioritise tourism, and a tourism-based economy is certainly preferable to the logging and sand-mining economies that existed before the national park was given World Heritage status in 1992. 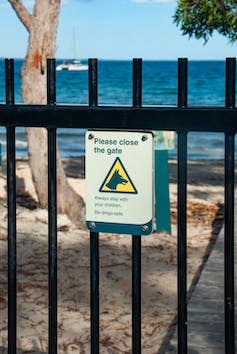 But are such large visitor numbers in a relatively small space sustainable?

This question has been asked often, including by the Queensland government in their Great Sandy Region Management Plan.

Yet, there has been no serious consideration given to reducing tourist numbers or increasing fees, despite research suggesting visitors are willing to sacrifice some access for improved environmental outcomes and less crowding.

Such proposals have been specifically rejected by decision-makers within the Dingo Management Plan.

Read more: Dingoes do bark: why most dingo facts you think you know are wrong

So where does that leave us?

We essentially have three options:

In practice, an effective dingo management policy would probably require a combination of all three options to maintain the pristine state of K’Gari, conserve the dingo population and improve human safety.