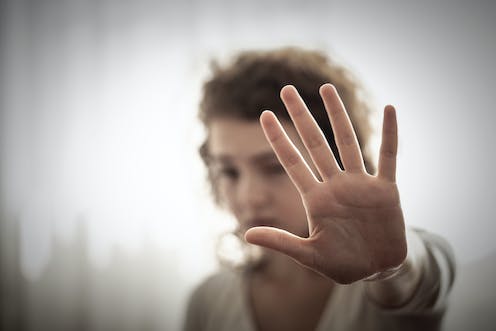 In the past few years, most parts of the United Kingdom and Ireland have introduced new legislation making it a crime to engage in what’s known as “coercive control” towards an intimate partner.

Yet, with the exception of some laws that came into effect a decade earlier in Tasmania, no Australian state has yet to follow suit. It’s time for that to change.

What is coercive control?

England and Wales were first to outlaw coercive control in 2015, in a statute that was heavily influenced by the work of renowned sociologist Professor Evan Stark from Rutgers University. Ireland followed suit with similar legislation in May 2018, though it has yet to come into effect.

And just a couple weeks ago, a new offence came into effect in Scotland that Stark describes as the new “gold standard” for this sort of law.

In an edited book to be released later this year, Stark describes coercive control as a “malign pattern of domination” that can include “emotional abuse, historical abuse, isolation, sexual coercion, financial abuse, cyber-stalking, and other distal forms of intimidation.”

This typically involves some or all of the following: physical violence, intimidation, degradation, isolation and regulation.

For the past few years, we have been keeping track of cases in which offenders have been convicted of controlling or coercive behaviour in England and Wales, and the results reveal a range of deplorable behaviours. For example, some offenders have

In most cases (but not all), these behaviours have occurred in the context of a relationship that at some point involved actual or threatened physical violence.

And while there have been some male victims in these cases, the overwhelming majority have been female.

Few issues have received as much attention in Australia in recent years as family violence. Yet for all the work that has been done, it is perhaps surprising to note that most of the above behaviours – with the exception of actual or threatened physical violence and stalking – are not criminal. (At least, they aren’t criminal unless a court has previously issued an intervention or protection order, but what message does it send to victims if the abuse they suffer is only criminal if it violates a court order?)

A number of Australian law reform bodies have considered introducing a new coercive control offence here. These include the Australian Law Reform Commission in 2010, the Special Taskforce on family violence in Queensland in 2015, and the Royal Commission into Family Violence in Victoria in 2016. However, all ultimately rejected this course of action.

But most of these decisions were made before the UK laws came into effect, or at least before we knew how such an offence would work in practical terms. That is no longer the case.

Read more: Australia should be cautious about introducing laws on coercive control to stem domestic violence

Now that we know what sorts of behaviours this offence would target, it is time to ask again: should coercive control be made a crime in Australia?

The Victorian Law Reform Commission certainly seems to think so. It was recently asked to consider whether family violence victims should be entitled to compensation from the state if they have been subjected to non-physical abuse, even though it is not yet a crime. The commission rejected that approach, and instead suggested the more appropriate response would be to “criminalise such conduct”.

The Coalition party in Queensland had also promised to introduce a similar coercive control offence in that state if it won the 2017 election. The Coalition lost, but the idea was put out there nonetheless.

Arguments against implementing a law

There are some who still adamantly oppose the introduction of a new offence that criminalises what many family violence victims, including those on a recent episode of ABC’s You Can’t Ask That, have called the “worst part” of abuse.

Critics are also concerned that a new law could divert vital resources away from domestic violence prevention. They also worry the male-centric and adversarial nature of the criminal justice system might make it an inappropriate forum to address an issue that overwhelmingly affects women.

We agree that these issues would need to be addressed as part of any law reform process. But these are obstacles to be overcome, particularly through the involvement of victims of coercive control and advocacy groups in the drafting of any new laws.