For every 100 patients we treat in inpatient psychiatric wards, 43 will have BPD. People with this condition are vulnerable, impulsive, and highly susceptible to criticism – yet they continue to face stigma and discrimination when seeking care.

We have come a long way since the days of viewing mental illness as a sign of weakness, but we are lagging behind in our attitude towards BPD. At least part of this stems from the way we frame the condition, and from the name itself.

Rather than as a personality disorder, BPD is better thought of as a complex response to trauma. It’s time we changed its name.

How common is BPD?

BPD is strikingly common, affecting between 1% and 4% of Australians. It is characterised by emotional dysregulation, an unstable sense of self, difficulty forming relationships, and repeated self-harming behaviours.

Most people who suffer from BPD have a history of major trauma, often sustained in childhood. This includes sexual and physical abuse, extreme neglect, and separation from parents and loved ones.

This link with trauma – particularly physical and sexual abuse – has been studied extensively and has been shown to be near-ubiquitous in patients with BPD.

People with BPD who have a history of serious abuse have poorer outcomes than the few who don’t, and are more likely to self-harm and attempt suicide. Around 75% of BPD patients attempt suicide at some point in their life. One in ten eventually take their own life.

Read more: Borderline personality disorder is a hurtful label for real suffering – time we changed it

The Diagnostic and Statistical Manual of Mental Disorders (DSM-V) does not mention trauma as a diagnostic factor in BPD, despite the inextricable link between BPD and trauma. This adds to viewing BPD as what its name suggests it is – a personality disorder.

Instead, BPD is better thought of as a trauma-spectrum disorder – similar to chronic or complex PTSD.

The similarities between complex PTSD and BPD are numerous. Patients with both conditions have difficulty regulating their emotions; they experience persistent feelings of emptiness, shame, and guilt; and they have a significantly elevated risk of suicide. 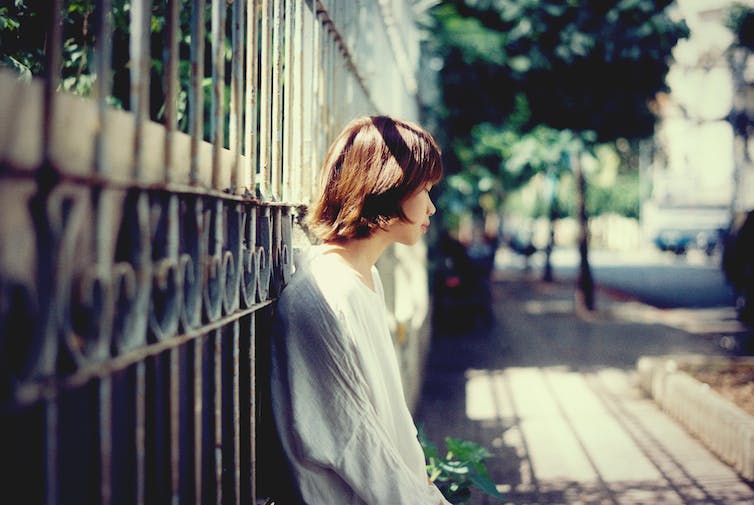 People with BPD are highly susceptible to criticism. Andrew Le

Why the label is such a problem

This means people with BPD may view themselves more negatively, but can also lead other people – including those closest to them – to do the same.

Read more: Mood and personality disorders are often misconceived: here's what you need to know

Clinicians, too, often harbour negative attitudes towards people with BPD, viewing them as manipulative or unwilling to help themselves. Because they can be hard to deal with and may not engage with initial treatment, doctors, nurses and other staff members often react with frustration or contempt.

These attitudes are much less frequently seen from clinicians working with people suffering from complex PTSD or other trauma-spectrum disorders.

What could a name change do?

Explicitly linking BPD to trauma could alleviate some of the stigma and associated harm that goes with the diagnosis, leading to better treatment engagement, and better outcomes.

Eventually, this may lead to what US psychiatric researcher Ron Aviram and colleagues call a “self-fulfilling prophecy and a cycle of stigmatisation to which both patient and therapist contribute”.

Read more: Biology is partly to blame for high rates of mental illness in women – the rest is social

Thinking about BPD in terms of its underlying cause would help us treat its cause rather than its symptoms and would reinforce the importance of preventing child abuse and neglect in the first place.

If we started thinking about it as a trauma-spectrum condition, patients might start being viewed as victims of past injustice, rather than perpetrators of their own misfortune.

BPD is a difficult condition to treat, and the last thing we need to do is to make it harder for patients and their families.