Three very good dogs – named Bayar, Judd and Sasha – have sniffed out the endangered Alpine Stonefly, one of the smallest animals a dog has been trained to successfully detect in its natural habitat.

The conservation of threatened species is frequently hampered by the lack of relevant data on their distributions. This is particularly true for insects, where the difficulty of garnering simple information means the threatened status of many species remains unrecognised and unmanaged.

In alpine areas there is a pressing need for innovative methods to better reveal the distribution and abundance of threatened insects.

Alpine regions rely on cool temperatures, and since climate change will bring warmer weather and lower rainfalls, insects like the Alpine Stonefly, which lives in the alpine freshwater system, will struggle to survive.

And while insects might not be appealing to everyone, they are extremely important for ecosystem function. 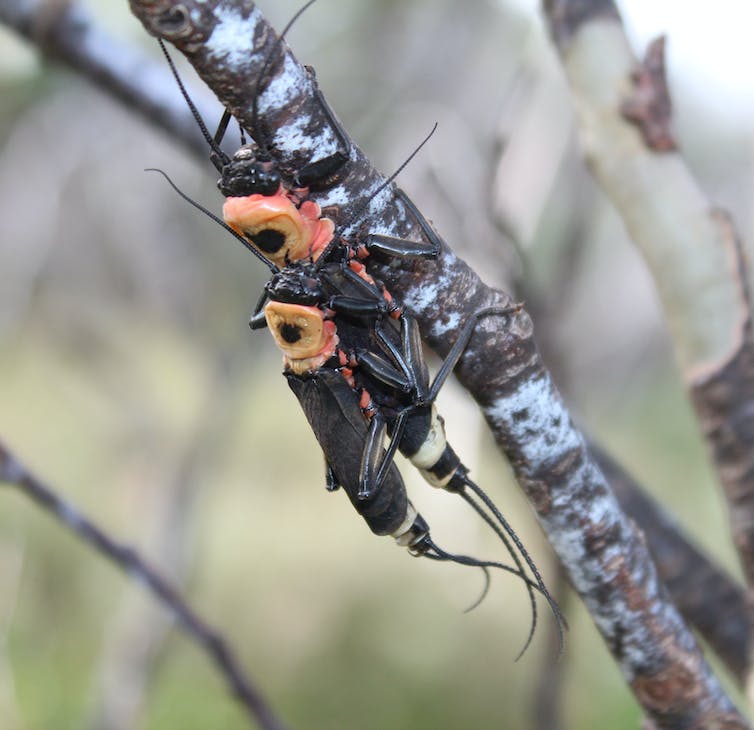 The Alpine Stonefly is under threat from climate change as they need rainfall and cool temperature to survive. Author provided (No reuse)

Traditional survey detection methods are often labour intensive, and hard-to-find species provide limited information. This is where the labrador, border collie and samoyed came to the rescue.

La Trobe’s Anthrozoology Research Group Dog Lab in Bendigo, Victoria have been training a pool of local community volunteers and their dogs in conservation detection to use with environmental DNA sampling. Using both environmental DNA and detection dogs has the potential to generate a lot of meaningful data on these threatened stoneflies.

For seven weeks in a special program, dogs were trained to memorise the odour of the Alpine Stonefly (Thaumatoperla alpina), a threatened but iconic insect in the high plains.

The dogs have previously been trained to sniff out animal nests or faeces but not an animal itself, so this was a new approach and an Australian first. 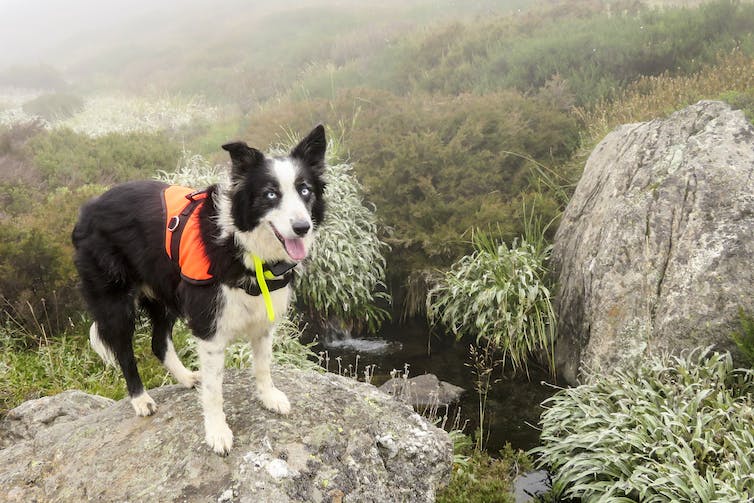 Stoneflies are hard to catch

The Alpine Stonefly are brightly coloured aquatic insects and are difficult to find, especially as larvae in water where they live as predators for up to two years in the streams on the Bogong High Plains, Mount Buller-Mount Stirling, Mt Baw Baw and the Yarra Ranges. 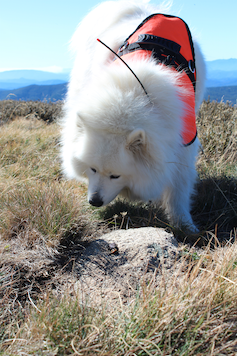 They often burrow underneath cobbles, boulders and into the stream bed while the adults only emerge from the water for a few months between January and April to reproduce.

With all this in mind, it’s easy to understand why traditional detection methods can be time consuming and often ineffective.

We predominately focused on the endangered Alpine Stonefly, found across the Bogong High Plains. Their restricted distribution and habitat made them an ideal candidate to trial detection dogs and environmental DNA techniques.

Read more: We need a bank of DNA from dirt and water to protect Australia's environment

How dogs and environmental DNA help

We collected water samples from across the Bogong High Plains, Mount Buller and Mount Stirling with trace DNA, such as cells shed from the insect. The ability to quickly take these samples from a broad area to indicate the presence of a species is important to understand distribution. But this approach limits the amount of ecological information that is gathered.

Initial training introduced the dogs to the odour of the Alpine Stonefly in a controlled laboratory setting. Then they graduated from the laboratory to small areas of bushland to search for the insect.

Once the dogs successfully completed their training, it was time to trial the dogs in the alpine environment and survey Alpine Stoneflies in their natural environment.

The trial was conducted at Falls Creek with the dogs’ three volunteer handlers. And the surveys were successful, with all three dogs finding Alpine Stoneflies in their natural habitats. 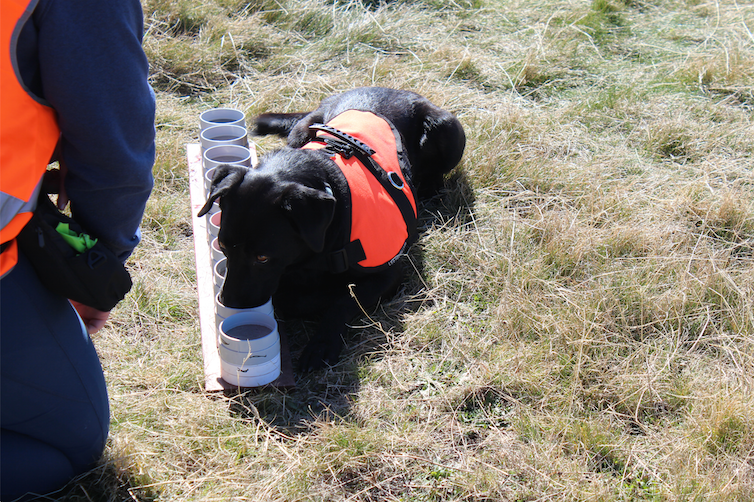 So could this success be transferred to a similar species?

Absolutely. In preliminary trials, Bayar, Judd and Sasha detected the Stirling Stonefly, a related species of Thaumatoperla that lives in Mount Buller and Mount Stirling, suggesting detection dogs can transfer their conservation training from one species to another.

This is a great find as it means this technique can be used to survey yet another species of Thaumatoperla that lives in Mt Baw Baw and the Yarra Ranges.

Our research is showing that these new sampling techniques supporting conservation are an important part of keeping biodiversity protected in alpine regions.

Now that we’ve successfully trained three dogs, we’re hoping to secure funding to conduct future and more thorough surveys on the Alpine and Stirling Stonefly, and eventually on the third species of stonefly.

By developing creative techniques to detect these species, we boost our ability to document them and, importantly, to protect them.