The crash of Aeroflot flight SU1492 in Moscow raises concerns about cabin safety in terms of the number of crew needed in an emergency.

The Sukhoi Superjet-100 aircraft was carrying 73 passengers and five crew members when it burst into flames at Moscow airport on Sunday. At least 41 people are reported to have died.

Read more: Around 50% of homes in Sydney, Melbourne and Brisbane have the oldest NBN technology

What happened in the Aeroflot accident and evacuation is now subject to investigation. But what about the broader question of cabin crew safety this incident raises? 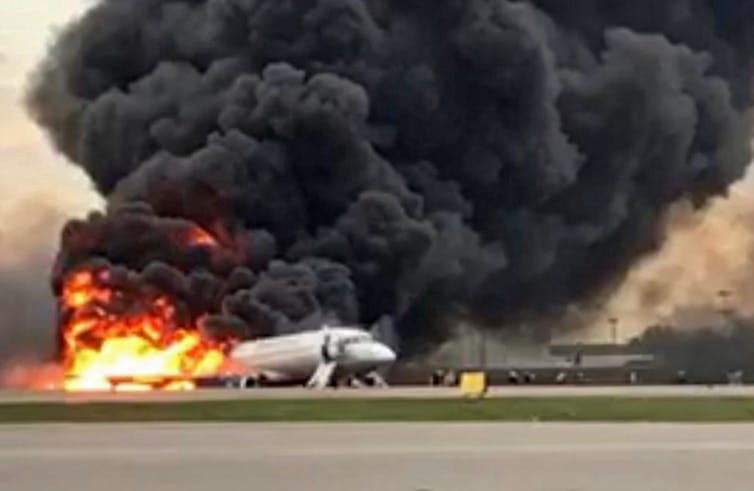 In 2010 the Australian Civil Aviation Safety Authority (CASA) mooted changes to reduce cabin crew numbers from a minimum ratio of 1 for every 36 passengers to 1 per 50 passengers.

The 1/50 had been global standard for years, but until 2010 Australia had the higher standard of 1/36 (since the inception of the jet age). It’s reasonable to assume the Aeroflot aircraft would have been operating under the same international 1/50 regulation.

In 2011 an inquiry into cabin crew numbers was set up by the Australian Government’s House Standing Committee on Infrastructure and Communications.

In submissions, Qantas and others argued that 1/50 was the global standard – despite the fact we already had a higher standard.

The argument made by those advocating for change from 1/36 to 1/50 was that certification by the regulatory authority in the country of aircraft manufacture required a full evacuation demonstration to be successfully carried out by that manufacturer.

The demonstration had to prove that a full complement of passengers and crew could successfully evacuate the aircraft in 90 seconds.

Additionally, for many years in Australia the civil aviation regulator, now CASA, required an additional partial evacuation demonstration be conducted by the airline wanting to introduce the new aircraft into service.

That demonstration had to show the airline’s own crew could evacuate the aircraft with half the cabin crew complement with half a load of passengers and through half of the doors in 90 seconds.

But the potentially flawed part of that argument was these evacuation demonstrations were carried out with the aircraft intact, sitting evenly on its wheels with no real emergency, no fire, smoke or obstructions in the cabin, no real threat of death adding dire urgency, and no panic among the passengers.

In my experience, they don’t really test how the passengers will react or the crew will function under the severe stress of an emergency like the case in Russia with the Aeroflot aircraft fire.

The Russian crash also shows that the 90-second time standard needs to be reviewed. Aeroflot says the evacuation of the Sukkoi aircraft took only 55 seconds, through only half the doors, and still more than half the passengers didn’t get out.

A change in the ratio

The report of the Standing Committee inquiry actually recommended keeping the 1/36 ratio but the government rejected this, saying:

The unequivocal advice from both CASA and OTS (Office of Transport Security) is that having a one cabin crew member to every fifty passenger seats ratio in Australia does not reduce the safety or security of domestic aircraft operations.

On flights with less than 216 passengers, CASA has been allowing some airlines to operate on the 1/50 ratio since 2006, although the appropriate legislation has still to be changed to reflect this.

I can see the commercial argument. But in my 40 years working in air safety, it was the only time I’d seen airlines openly argue a position for what was actually a lower standard of safety than already in place.

One of the serious problems that resulted from the cabin crew ratio rule change that went under the regulatory radar is that now on 100 to 149 seat aircraft, only three cabin crew are mandated. 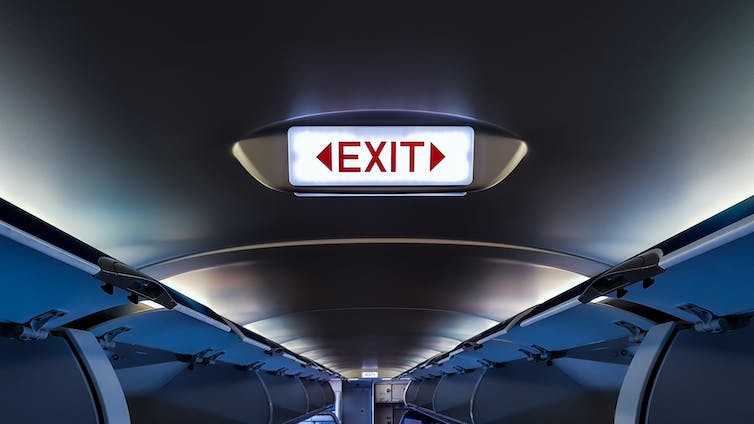 But such aircraft can have four main cabin doors that can be used as emergency exits in the case of an accident.

So now on those aircraft there is one door, front or rear dependent on airline procedures, without a cabin crew member stationed at it to operate the door and control the evacuation there in an emergency.

The airline procedures assign responsibility for operation of that door and the one on the opposite side of the cabin to the one cabin crew member.

In my opinion this is a serious reduction in safety. There is little doubt that in an emergency of the type suffered by the Sukkoi Superjet, the one cabin crew member would have no hope of operating two exits with the passengers panicking and pressing to get out.

I believe lives will be lost in future because of the rule changes.

Consider an aircraft operating in Australia that had between 100 and 149 seats – under the current rules it would have only three flight attendants.

If a similar accident to that of the Aeroflot aircraft happened, the two rear exits would be blocked by fire. (The flight attendant at the rear of the crashed aircraft reportedly died trying to carry out their duties at the rear exits.

If there had been only one cabin crew member stationed at the front of the aircraft, not an unusual circumstance now, it is very possible that only one forward exit would be promptly opened. That would seriously impact the number of passengers who would escape through the one exit before the cabin was fully involved in the fire with smoke and flames?

The Sukkoi accident shines a light on the decisions that were made at the time of the Australian rule changes.

Read more: Can we bend it? The challenge for Samsung and others to make flexible technology

The rules need to be changed again to mandate a cabin crew member for every floor level exit. So in a 100 to 149 seat aircraft with four entry/exit doors, the minimum cabin crew complement would be four, not three.

Then the 1/50 ratio could then apply for any extra cabin crew once all floor level exits are staffed.

In my opinion this rule change is need internationally, not just in Australia. The International Civil Aviation Organisation needs to act, before more lives are lost.