And in one part of space, there was a huge collection of stars mixed in with massive clouds of gas and dust, that today we call the Milky Way galaxy. 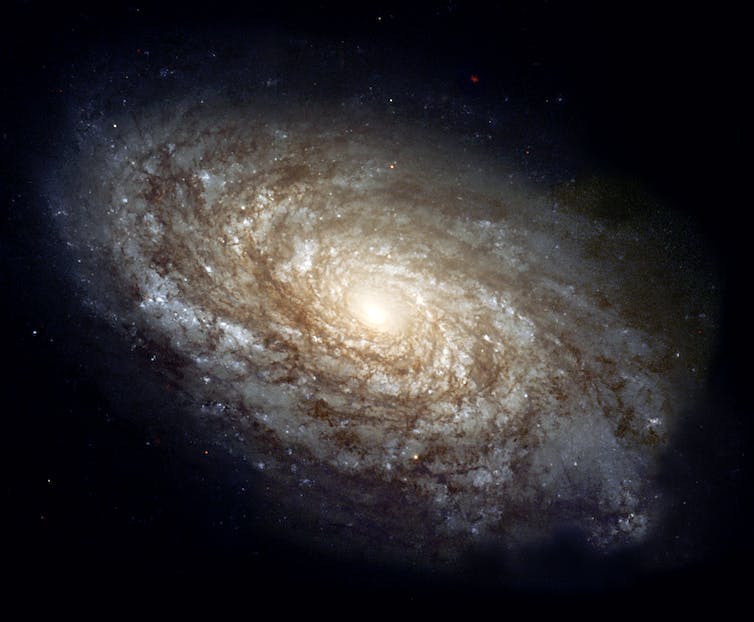 The Milky Way is just one of many galaxies. This is Galaxy NGC 4414, a spiral galaxy just like our own Milky Way. NASA, CC BY

Read more: Curious Kids: The Milky Way is huge. But just how huge?

In a small corner of that huge galaxy, in an area that would later become our solar system, there was a big cloud of gas that had been swirling around since the Big Bang. There were also some dusty remains of an old star that had exploded long ago.

The gas and dust were floating, swirling and spinning past each other - but they were all quite far apart. But then… a nearby star exploded, in what we call a supernova.

This supernova sent a shockwave of light and energy rippling across space, pushing some of the gas and dust towards each other. This gas and dust soon became a ball, which started to get bigger and bigger because of gravity.

Gravity makes everything in the universe move towards everything else - and when things get really big (like, planet-size big), they start to pull all nearby things towards it. 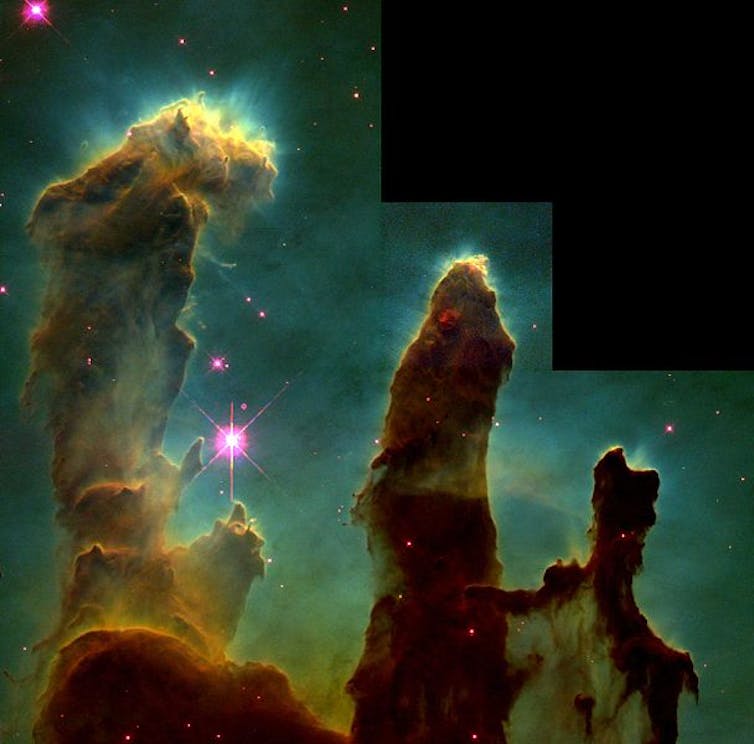 The Eagle Nebula, filled with gas and dust, and currently the birthplace of lots of new stars. Hubble Telescope/NASA, CC BY

Read more: Curious Kids: why has nobody found any life outside of Earth?

Gas and dust started clumping together to form planets

Some of those other swirling, twirling chunks of gas and dust (that hadn’t been sucked into the Sun) were bumping and clumping into each other. Soon, those clumps got big enough that gravity started pulling in all the other gas and dust around it, all while still going round and round the giant shining Sun.

All these baby planets swirled and spun, and pulled in all the nearby matter. They squished together to become super-tight big giant hot balls of spinning stuff.

Our own Earth was getting hit by rocks that were falling towards it. It kept getting bigger and hotter until it was a giant ball of melted rock.

Then, a really huge rock smashed into Earth and made it even bigger. And a little bit of that rock flew off and floated into space to make the Moon. 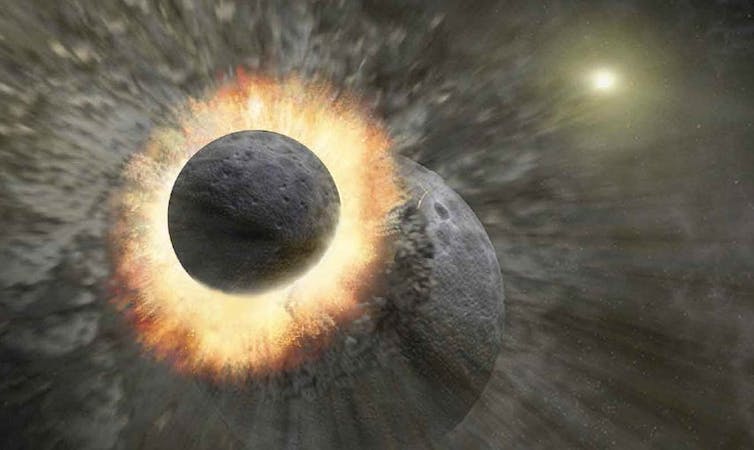 Early on, a big bit of rock hit Earth. And a little bit of it flew off and floated into space to make the Moon. NASA/JPL-CALTECH/T. PYLE, CC BY

Read more: Curious Kids: Is there anything hotter than the Sun?

So the Earth was just out there floating in space, near the Sun. But it looked totally different to the Earth we live on today. There were volcanoes all over the place, with hot lava and gas everywhere. 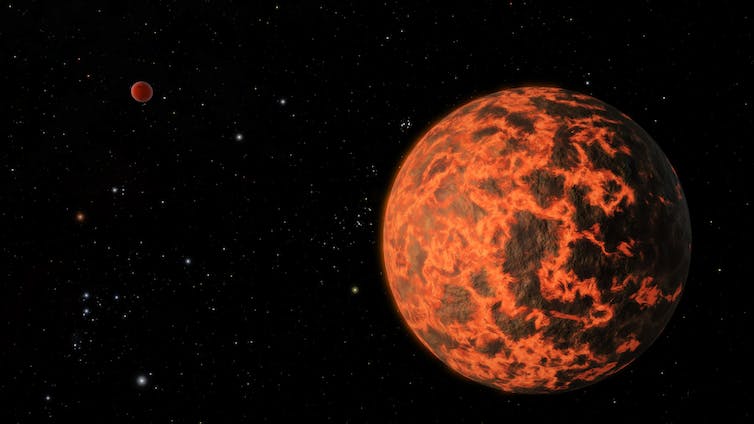 An artist’s impression of a hot planet. NASA/JPL-Caltech, CC BY

But slowly over many years, Earth started to cool down. Some rocks full of ice and gas hit it and melted to make the sea.

This is continuing today - every year more than three tonnes of space rocks hit the Earth.

But slowly, over many years, the top layer of the Earth was cool enough to harden. This is the ground we walk on today. We call it the Earth’s crust, like a crust of bread. Deep down underground, the Earth is still full of melted hot rock.

And gradually, over a long time, plants started to grow, bugs started to live and life on Earth began to form (which is a whole story on its own).

Earth is really ancient, and humans have only been around for a tiny part of that. All the buildings and the cars and the restaurants, and the phones and even everything that’s inside of you… it all started with an exploding star, billions of years ago.

Read more: Curious Kids: What existed before the Big Bang? Did something have to be there to go boom?