How do sea creatures stand the salt? - Marshall, age 9, Murrumbeena.

Everything in our bodies is made of cells. And these cells need chemicals, such as salt, in and around them to work properly. The chemical balance needs to be just right.

If we don’t get enough salt, a lot of our cells won’t work. But too much salt? That’s also a problem.

Drinking enough fresh water will help dilute the salt in our bodies. And depending on what and how much we eat and drink, our kidneys will remove excess salt and put it in our urine so we can get rid of it.

However, our kidneys can only process small amounts of salt. If we drank a lot of salty seawater, we’d feel sick and could even die.

Animals that live in the sea cope with seawater in different ways, depending on how much salt their bodies can withstand.

Some animals, such as ghost shrimps, can take in large amounts of salt and will maintain a balance similar to the water around them. 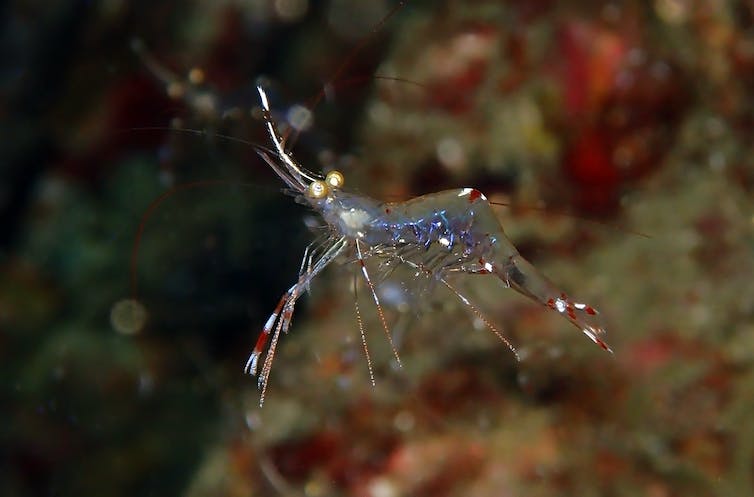 Ghost shrimp can live in very salty water. from www.shutterstock.com

They can do that even when they are in water that is saltier than seawater.

Animals that do this are known as “osmoconformers”, and the cells in their bodies can withstand big changes in salt concentrations.

They don’t necessarily drink seawater the way we do, but they can suck water and salt through their skin via processes called osmosis and diffusion.

Many invertebrates (animals without backbones, such as jellyfish) survive in salty water like this. They can cope with a level of saltiness that would be dangerous for us.

However, even these animals have their limits. And if the salt concentrations in their bodies get too high, they need to move to less salty water or they will die.

Read more: Curious Kids: What sea creature can attack and win over a blue whale?

Fish and some invertebrates such as some sea snails need to maintain salt concentrations that are less than seawater.

Fish tend to have concentrations that are about a third of that of seawater. They have developed ways to manage the amount of salt in their bodies and are known as “osmoregulators”.

When a fish drinks sea water, its kidneys (like ours) removes excess salt and gets rid of it via their urine. They can also get rid of salt via their gills, and even their skin. 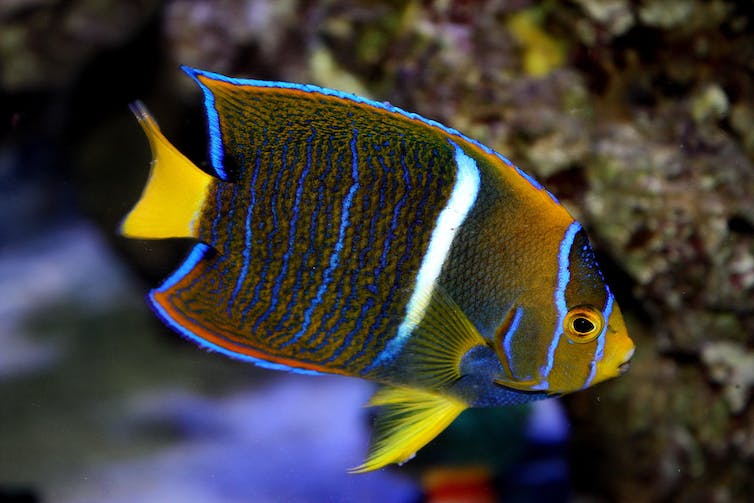 Fish have a few ways to get rid of salt. shutterstock

But different fish have different limits. Some saltwater species, if they are trapped in more salty water, will die.

Others can live quite happily in saltier water, but even these will die if they get trapped in really salty water.

Freshwater fish have a different problem

Fish that live in freshwater have the opposite problem. Their bodies have higher levels of salt compared to the water that surrounds them. These fish needed to evolve a way to stop the salt leaking out of their bodies and into the water.

They do this by eating foods that have salt in them and drinking lots of water and keeping as much salt as they can in their bodies.

They also actively absorb a small amount of salt from the surrounding water through the gills and skin. If you move these freshwater fish into the ocean, however, they would get very sick and die. 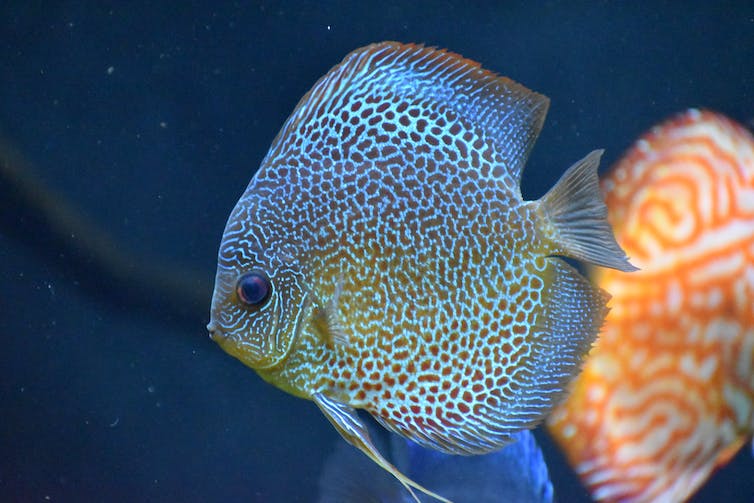 If you move these freshwater fish into the ocean, however, they would get very sick and die. from www.shutterstock.com

Seabirds and turtles also need to remove salt from their bodies, but they have what we call “glands” to help.

Glands are special organs in their heads that help remove the salt. If you look at seabirds closely, they dribble water out of their beak nostrils. This water is very salty. 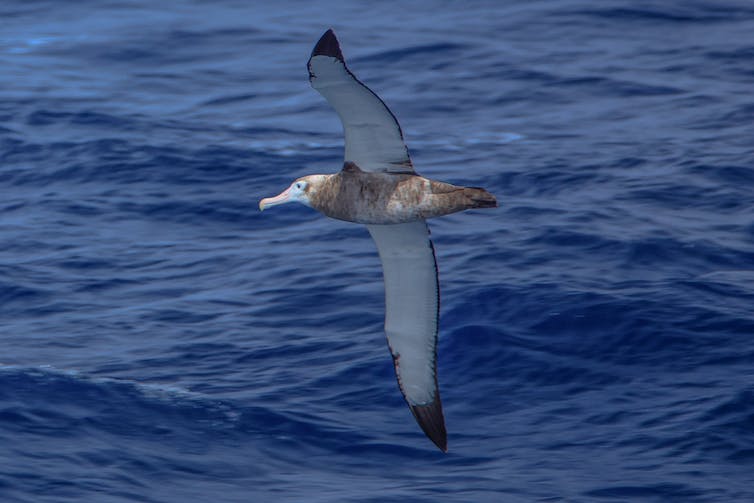 Turtles remove the excess salt from the eyes, which is why they sometimes look like they are crying.

And seabirds and turtles also have kidneys that remove salt in the same way that fish do. 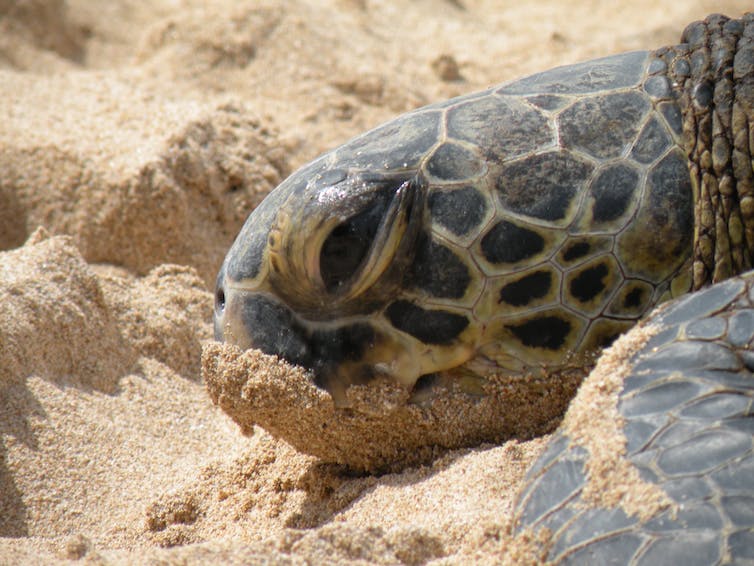 So, the reason marine animals don’t get sick when they drink seawater is because the species have lived in marine water for a very long time and are adapted to living in that environment.

It comes down to what levels our bodies have evolved to cope with.

Read more: Curious Kids: Why do you blink when there is a sudden loud noise close by?