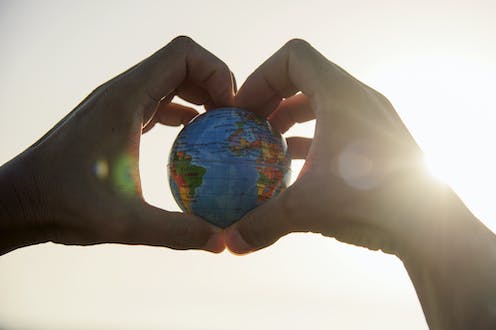 Climate change is now climate crisis and a climate sceptic now a climate denier, according to the recently updated style guide of The Guardian news organisation.

We want to ensure that we are being scientifically precise, while also communicating clearly with readers on this very important issue.

But the move from “sceptic” to “denier” is more interesting.

Read more: Whose word should you respect in any debate on science?

Sceptics need to earn the name

Many people who do not accept the findings of climate science often mark themselves as “sceptics”. It is, in part, an attempt to portray themselves as champions of the Enlightenment: imagining that they refuse to believe something based solely on the word of others, and opt to seek the evidence themselves.

It is true that scepticism is an essential component of science – indeed, one of its most defining characteristics. The motto of the Royal Society, perhaps the world’s oldest scientific institution, is “nullius in verba” or “take nobody’s word for it”.

In other words, it’s fine to ask questions, but you also have to listen to the answers.

Too often, so-called sceptics do not want to have their views challenged (let alone changed) and do not wish to engage with the science. Even worse, they may choose to adopt any number of justifications for rejecting science, not from their own free inquiry but from a ready-made selection provided by commercially or ideologically motivated industries.

This move away from “sceptic” might, therefore, be seen as simply an improvement in accuracy. But the move to “denier” might be seen as derogatory, especially as the term is associated with nefarious stances such as holocaust denial.

But is it, at least, accurate?

Let’s consider three possible categories of people who do not accept the consensus and consilience of human-induced climate change:

The first category is the rarest. Several papers with reliable methodology unchallenged in the literature show an enormous majority of climate scientists agree that the planet is warming and humans are largely responsible.

But contrary positions are not unknown. Some questions regarding the credibility of some aspects of climate models, for example, exist for some working academics.

While these scientists do not necessarily doubt all aspects of climate science, issues of reliability of methodology and validity of conclusions in some areas remain, for them, alive.

Whether they are correct or not (and many have been responded to in the literature), they are at least working within the broad norms of academia. We might call these people “climate sceptics”.

The second category is quite common. Many people are uninterested in science, including climate science, and have no real interest in the debate. This attitude is easy to criticise, but if there are pressing concerns regarding the availability and security of food, health and safety in your life, you may be preoccupied with these things and not marching for action on climate science.

Others may simply not spend much time thinking about it, nor care very much one way or the other — such is the nature of voluntarily participatory democracy. They might not believe in climate science, but that doesn’t mean they have rejected it. We might call these people “climate agnostics”.

The third category is the most problematic and arguably the most high-profile. It could be subdivided into:

Let’s call these subdivisions, in order: climate naives, climate conspiracists, and climate opportunists. Certain combinations of the above are also possible and are probably the norm.

The term “contrarian” is also a common one, but since it basically means only to go against public opinion, it seems a bit shallow in this analysis.

What is it to deny?

The definition of denialism is not uniform. In psychology it is to reject a widely accepted claim because the truth of it is psychologically discomforting (to that extent, there are many aspects of reality we all deny, ignore or minimise for the sake of our sanity).

In popular culture, including discussions of history and climate science, it is an active act of rebellion against the consensus and consilience of experts, often motivated by ideological factors. These are quite distinct and it may not pay any persuasive dividend to blur them together.

The latter definition does not seem appropriate for climate sceptics or for climate agnostics. But for the rest of the disbelievers, it does seem to resonate. So let’s try it here for a moment.

This taxonomy of disbelief is not built on any psychological model, but is simply descriptive.

In summary, three categories of climate science disbelief are: sceptic, agnostic and denier. Three subdivisions of deniers are: naive, conspiracists and opportunists.

Is The Guardian right to use the blanket term “deniers” instead of any of the above? Arguably, they have a technical case in some instances, but I would say not in others.

What’s wrong with calling someone a climate agnostic instead of a climate denier, if that is a better description of their state of belief?

But for those who are deniers – and let’s be clear, the evidence is bearing down on all humans like a freight train – then a failure to act is more than negligence, it is a failure of moral courage. I would not want to be remembered as someone who denied that.