Just under half of year 10 to 12 students have had sex, according to research released today.

They know more about sexually transmitted infections (STIs) than you might think and are using a variety of sources for their sexual health information.

But there’s room to improve condom use and STI testing for sexually active teens. Only 13% of all those surveyed thought they were likely to get an STI.

In 2018, we surveyed 6,327 secondary students in years 10 to 12 from across Australia in all kinds of schools, for the Sixth National Survey of Secondary Students and Sexual Health.

Read more: 'Do I need to shave my pubic hair before having sex?'

Recent US reports suggest teens are having less sex than they used to. The US Centers for Disease Control found between 1991 and 2017 the percentage of students who’d had intercourse dropped from 54% to 40%.

In Australia since 2012, the rate has dropped 3% from 50%, which is within the margin of error, meaning there might be no actual decline.

The average age for the 47% who had experienced sexual intercourse in our survey was about 16 years old. This is slightly lower than other researchers have found. But our survey results may not represent Australian teens as a whole. 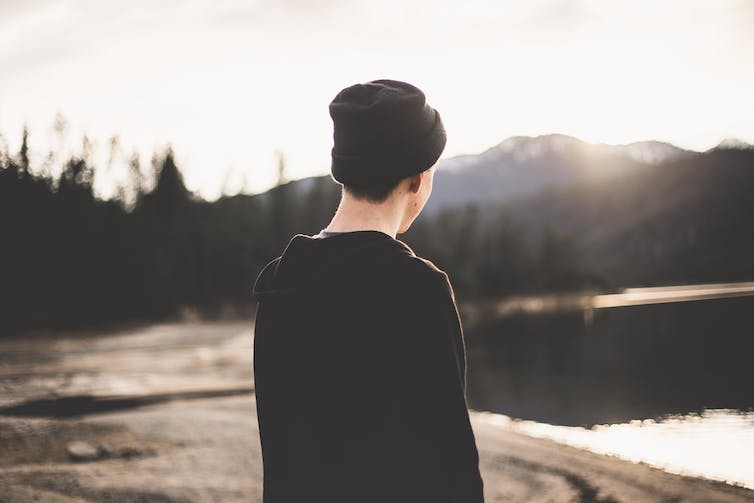 Of teens who were sexually active, most were in a relationship or had a partner about the same age. Japheth Mast/Unsplash

They largely reported responsible behaviours. These included discussing having sex (81%) beforehand and protecting their health (77%). They used condoms (56%) and/or the pill (41%).

In short, teens in Australia are doing pretty well in relation to sex. And this isn’t new: the findings echo what has been seen in previous versions of the same survey over the past 25 years.

How about unwanted sex?

We also continue to find about a quarter (28%) reported some kind of unwanted sex at some point in their lives.

“Unwanted” means very different experiences for different people. A quarter (23%) of those reporting unwanted experiences wrote in comments. Many suggested it was a sense of “meh” or “just wasn’t really into it at the time”. But they provided no indication of regret.

While the survey did not ask about rape or sexual assault, slightly less than 1% of all participants did write explicitly about such experiences.

Despite this, we found 93% wanted their last sexual encounter. Overall, 85% indicated they felt extremely good and happy about their last experience and fewer (less than 20%) reported feeling upset, worried or guilty.

Shifts in school-based sex education to include a greater emphasis on relationships and skills in communication might, in part, explain the good sex teens are reporting.

How about smartphones and sexting?

Some things have changed, like using the internet to find sexual health information. That’s almost double what was reported in 2013 (44% then, 79% now). This isn’t surprising, given the pervasiveness of the internet today – 88% did the survey on an internet-enabled mobile device.

Rates of sexting seemed to have gone down by about 3% across each of the specific behaviours asked about. Overall about a third of students had engaged in some form of sexting. For those who were sexting, it was mostly with a partner or friend and only a few times in the previous two months.

Good marks, but room for improvement

So when it comes to sex and sexual health, Australia’s students are receiving pretty good marks. But there is room to continue improving.

The levels of reported unwanted sex, and the complexity of it, suggest a more nuanced approach may be warranted. Talking to teens about unwanted sex could expand beyond rape, sexual assault and issues of consent to cover communicating about desires and pleasure in a relationship leading to hopefully less “meh”.

Rates of STIs among young people suggest there is room to improve condom use and testing among sexually active teens. Only 13% thought they were likely to get an STI.

Luckily, Australian teens are having healthy conversations with partners, part of realising a happy, healthy and pleasurable sex life.

Read more: How to make your next sexual health check less, erm ... awkward