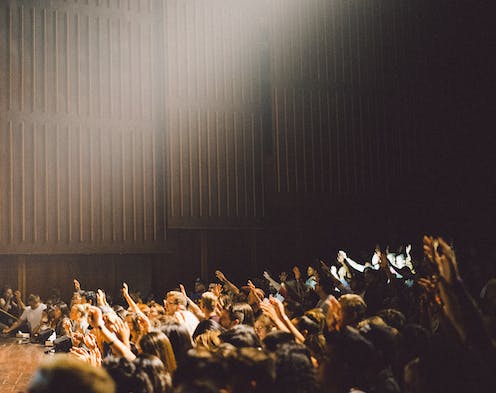 In recent days, the Productivity Commission released its evaluation of the demand-driven funding system for universities. From around 2009, until the funding model was suspended in 2017, universities were free to enrol unlimited numbers of students in most undergraduate courses.

The Commissioned described the policy as a “mixed report card”. It argued the demand-driven system led to increased participation from students from low socio-economic backgrounds, but that it didn’t improve access for regional or Indigenous Australians.

In reality though, Indigenous student enrolments rose dramatically under the demand-driven system.

Read more: More students are going to university than before, but those at risk of dropping out need more help

The Commission’s report draws almost exclusively on data from the Longitudinal Study of Australian Youth (LSAY), which covers people aged between 15 and 25. But student data from the Higher Education Information Management System (HEIMS) shows undergraduate Indigenous students are considerably older when they start university than their non-Indigenous counterparts.

Our analysis also shows 36% of Indigenous students started university aged older than 25, which makes them outside the cutoff for the LSAY dataset. This is compared with only 21% of non-Indigenous students. This means the Commission’s analysis under-reports Indigenous participation.

The federal government’s data on student enrolments show a dramatic increase in Indigenous students starting university between 2009 and 2017, the years the demand-driven system was active.

During the period of the demand-driven system, the Indigenous university participation rate increased from 1.5% to 2%, although this remains well below population parity of 3.3%.

There are also early signs that the expansion of Indigenous students starting university slowed in 2018, which was the first year the demand-driven system was suspended.

This contrasts with the slight decline in the achievement of the non-Indigenous cohort over the same period. However, as the below chart shows, there remains a substantial gap in the completion rates of Indigenous and non-Indigenous students.

Again, this suggests the rapid increase in Indigenous enrolments did not come at the cost of academic standards or performance.

Gaps in access and achievement remain unacceptable, as does the ongoing racism and discrimination faced by many Indigenous staff and students. Universities Australia has acknowledged many of these issues in its Indigenous Strategy but deeper institutional and government reform is required.

However, the demand-driven system itself certainly improved Indigenous participation in higher education. Restoring the system should be a high policy priority.