This week marks 30 years since the landmark Fitzgerald Inquiry report was handed down in Queensland.

It’s no overstatement to suggest the inquiry’s findings transformed Queensland’s political landscape more than any event in the past six decades. Such was the inquiry’s impact that the state’s politics are now typically...

This week marks 30 years since the landmark Fitzgerald Inquiry report was handed down in Queensland.

It’s no overstatement to suggest the inquiry’s findings transformed Queensland’s political landscape more than any event in the past six decades. Such was the inquiry’s impact that the state’s politics are now typically characterised in “pre-” and “post-Fitzgerald” terms.

‘Players in a vast drama’

The Fitzgerald Inquiry – officially the Commission of Inquiry into Possible Illegal Activities and Associated Police Misconduct – was a watershed moment in exposing entrenched police and government corruption.

The inquiry was instigated by Queensland’s police minister and deputy premier, Bill Gunn, in May 1987. Gunn was prompted to act following media reports of barely restrained criminal activity in Brisbane “vice dens”, under the protection of police officers.

Earlier Queensland investigations into illicit activities, such as the Sturgess Inquiry in 1985, had resulted in little change to police practices and were largely overlooked by government.

Gunn wanted an inquiry to root out the problem of corruption in police ranks, but expected the task to last only a matter of weeks. Premier Joh Bjelke-Petersen warned his deputy that “you’ve got a tiger by the tail, and it’s going to bite you”.

Undeterred, Gunn eventually appointed little-known barrister and judge Gerald “Tony” Fitzgerald QC to head a Commission of Inquiry, established by Order in Council while Bjelke-Petersen was absent on a US trade mission.

Referred to colloquially as the “Fitzgerald Inquiry”, its twice-broadened terms of reference and later expanded powers of investigation helped lay bare a secretive political establishment and a sordid network of police graft (known as “The Joke”), depicted recently in unprecedented detail in Matthew Condon’s gripping trilogy.

“Minister for Everything” Russ Hinze was also identified as corrupt, but died before facing court. At the very top, Bjelke-Petersen was charged with perjuring himself before the inquiry, but his 1991 trial was abandoned with a hung jury.

The Fitzgerald report has been described since as a “blueprint for accountability” in Queensland. Previously, commitment to this principle had been sadly lacking.

The report, and Fitzgerald’s interim media briefings, were damning of not only a defective police leadership, but also a self-serving political culture of patronage and unaccountability. It made dozens of recommendations intended, in Fitzgerald’s words, “to bring about improved [administrative] structures and systems”. The bulk of these went to criminal justice oversight and electoral law reform.

In the slightly frenzied aftermath of Bjelke-Petersen’s drawn-out resignation in December 1987, new Premier Mike Ahern might have been expected to sideline such reform proposals and concentrate primarily on readying Brisbane to host World Expo ‘88. 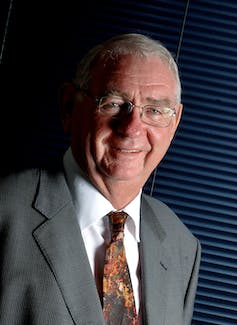 As Queensland premier, Mike Ahern was determined to tie his government to Fitzgerald’s recommendations. AAP/Dave Hunt

Yet Ahern preemptively – and quite deliberately, as he later told Masters in a Four Corners interview – tied his government to Fitzgerald’s recommendations “lock, stock and barrel”.

Ahern’s sincerity towards the accountability agenda was evident in late 1988 when he established the long called-for Public Accounts Committee to scrutinise government expenditure.

Despite such commitments, the repercussions for the National Party from the inquiry’s findings, delivered in Fitzgerald’s report on July 3, 1989, were politically grave and probably unavoidable.

Shortly afterwards, and barely two months out from an election, the rattled Nationals jettisoned Ahern for Russell Cooper as leader. But they could not stem the popular tide turning against a government seen as lacking legitimate authority.

After Wayne Goss was elected premier in December 1989, his government was quick to begin the electoral reform and public administration overhaul that marked its first term in office.

Goss’ win signalled “the end of the Bjelke-Petersen era”, as he put it on election night. He might have added, the “beginning of the Fitzgerald era”. 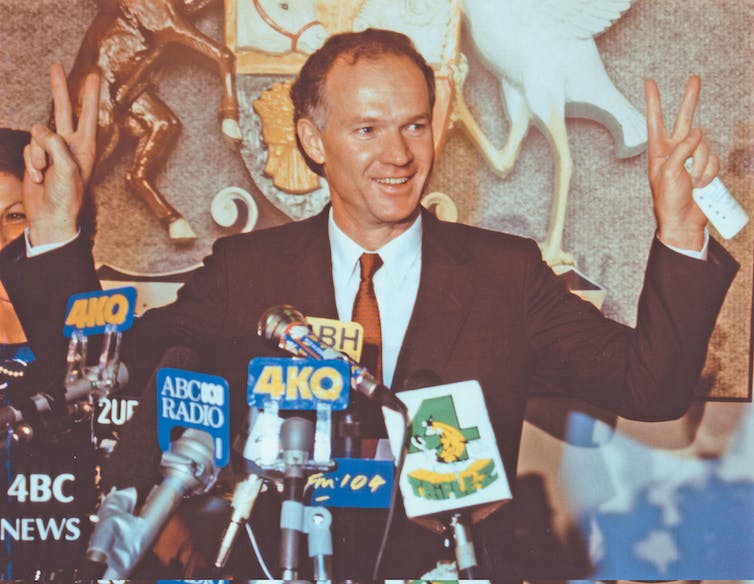 An Electoral and Administrative Review Commission (EARC) and Criminal Justice Commission (CJC), major recommendations of the inquiry report, had been legislated or instigated under Ahern and then Cooper. In both cases, their implementation, staffing and resourcing were rounded out and given momentum by Goss.

Notably, Goss had a “fractious” relationship with the CJC’s inaugural commissioner, Sir Max Bingham, and revealed in interview prior to his premature death his personal misgivings about the Commission’s operations while he was premier.

Several other “Fitzgerald reforms” and initiatives were promptly implemented by Goss’ administration, including freedom of information (FOI) provisions, MPs’ pecuniary interest registers, and the right to peaceful public assembly. It also dismantled the state’s system of electoral malapportionment (the long-derided “gerrymander”).

The Electoral Act 1992 established an electoral redistribution based largely on the principle of “one vote, one value”, applying for the first time at the September 1992 state election – at which Goss was duly returned.

Yet even under Goss’ leadership, the full extent of reforms mapped out in Fitzgerald’s report were not wholly realised.

Changes to Queensland’s accountability systems since the Fitzgerald Inquiry have been significant, if not committed to consistently by ensuing administrations.

Critics point to periodic regressions or executive reluctance to maintain the reform process. Insufficient whistleblower protections and impediments to FOI access, among other transparency failings under governments on both sides of politics, have at times dulled the shine on the post-Fitzgerald integrity framework.

Fitzgerald himself has seen fit on occasion to highlight Queensland politicians’ departures from a commitment to reform and accountability.

Campbell Newman found this to his cost when sustained criticism of his “undermining” of the judiciary’s independence, or harking back to Joh-era electoral pork-barrelling, eroded his hold on executive authority.

Equally, the current Palaszczuk government’s changes to Queensland’s voting laws, opportunistically reverting to full preferential voting, were decried as being against the intent of Fitzgerald reforms.

An often-cited illustration of improved accountability is the example of Gordon Nuttall, the former Beattie government minister sacked then convicted in 2009 and 2010 on charges of corruption and perjury. He was sentenced to a total of 12 years in prison.

…denial [of corruption] of the kind practised by Bjelke-Petersen and Russ Hinze was no longer a viable option. Nor was the acceptance of cash in brown paper bags.

The CJC and its successor, the Crime and Misconduct Commission (now the Crime and Corruption Commission) – as well as New South Wales’ ICAC, established in 1988 – are held up as models for corruption watchdog agencies, potentially including a future federal ICAC.

The inquiry’s report has become something of an article of faith within Queensland’s civic life. Noted Queensland historian Raymond Evans described it as the product of “the most remarkable Commission of Inquiry in Australia’s history”.

Indeed, elected members (including the current Labor Premier) have been known to brandish the report in parliament, manifesto-like, to cast aspersions of impropriety at their opposite numbers. This reflects the extent to which the Fitzgerald Inquiry became a millstone around the necks of conservative Queensland politicians at its inception over 30 years ago.

The taint of official corruption exposed by the inquiry, and the public’s faith in accountability reforms embodied in Fitzgerald’s report, can partly explain why the Nationals and Liberals (now LNP) have struggled to regain and hold office over the past three decades in Queensland.

But the accountability agenda is one that leaders on both sides of Queensland politics have pursued before and should commit to upholding still.