Queensland Deputy Premier Jackie Trad has announced that the state will begin a conversation about a pathway to treaty with Aboriginal and Torres Strait Islander peoples.

In doing so, Queensland joined Victoria and the Northern Territory in formally commencing treaty processes.

This is a significant development. While the Commonwealth government embarks on another round of important yet time-consuming consultations over a potential First Nations Voice to Parliament, the states and territories are taking the lead on treaties.

Queensland’s announcement reflects a shift in debate on Indigenous constitutional recognition at the state and territory level. Only a few year ago, the states and territories debated whether to include a reference to Indigenous Australians in their constitutions. Now, they are contemplating negotiating treaties.

Treaties have been accepted globally as the means of reaching a settlement between Indigenous peoples and those who have colonised their lands. They are formal agreements, reached via respectful negotiation in which both sides accept a series of responsibilities.

Treaties acknowledge Indigenous peoples were prior owners and occupiers of the land and, as such, retain a right to self-government. At a minimum, they recognise or establish structures of culturally appropriate governance and means of decision-making and control.

The Queensland treaty process is still in its early stages and negotiations will not begin for several years. This is sensible, because it is important that both the state and First Nations are ready to start negotiations.

For First Nations, this means having a clear sense of what a treaty might mean for their communities, as well as a broad consensus on their negotiating position. Preparing for treaty negotiations can also enable First Nations to engage in nation-(re)building, consistent with their values and aspirations, which is valuable regardless of the content, or even the completion, of a treaty.

For the state, it is equally important that non-Indigenous Queenslanders understand what a treaty is and what it might result in.

Reflecting these preliminary steps, the government has established a bipartisan eminent panel of Indigenous and non-Indigenous Queenslanders, with Indigenous academic Jackie Huggins and former Attorney-General Michael Lavarch serving as co-chairs.

Their responsibility is to provide leadership and engage with key stakeholders across the state. A treaty working group will also be established soon to lead consultations with First Nations, allowing them to discuss and reach agreement on what a treaty might contain. 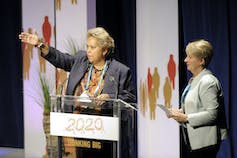 Others leading the way

These steps follow similar processes in two other states and territories with Labor governments – Victoria and the Northern Territory.

In Victoria, the Andrews government committed to entering treaty negotiations in 2016. An Aboriginal Treaty Working Group was established to lead two rounds of community consultations, which resulted in the creation of a First Peoples’ Assembly. The assembly will not negotiate treaties itself, but will work with the state to develop a treaty framework through which the state and First Nations can negotiate.

At the same time, Victoria also established a Treaty Advancement Commission to maintain momentum for a treaty and keep all Victorians informed.

The process in the Northern Territory is following this pattern. In June 2018, the government signed a memorandum of understanding with representatives of the four Indigenous land councils, committing to exploring a treaty.

Earlier this year, Mick Dodson, the former director of the National Centre for Indigenous Studies at the Australian National University, was appointed NT treaty commissioner. He is currently leading consultations with Aboriginal Territorians.

Why a lack of federal involvement is a problem

These are promising developments, but there are several challenges ahead.

First, treaties are political agreements. As such, they are vulnerable to political fluctuations.

In Queensland, the Liberal National Party opposition wants to look at the government’s announcement in more detail, but has already suggested it would adopt different priorities. If the LNP wins the 2020 state election, it could abandon the process before negotiations even commence.

We have already seen this play out in South Australia. In 2017, the state Labor government formally started treaty negotiations. But within a year, a newly-elected Coalition government stepped away from this commitment.

Federal government involvement is not legally necessary. Queensland has the legal authority to sign and implement a treaty with Indigenous peoples.

However, the Commonwealth parliament has the power to overrule any state or territory treaty. For this reason, it is preferable that the Commonwealth play a role in these processes. The Uluru Statement from the Heart offers an avenue to do so.

In this light, the federal government’s response to the Uluru Statement adds a further complication. The statement calls for

As constitutional lawyer Megan Davis has explained, these reforms are “deliberately sequenced.” The value of starting with a First Nations Voice and Makarrata Commission is that they can oversee developments across the country. Without these bodies, state and territory treaty processes may diverge and result in wildly different settlement terms. 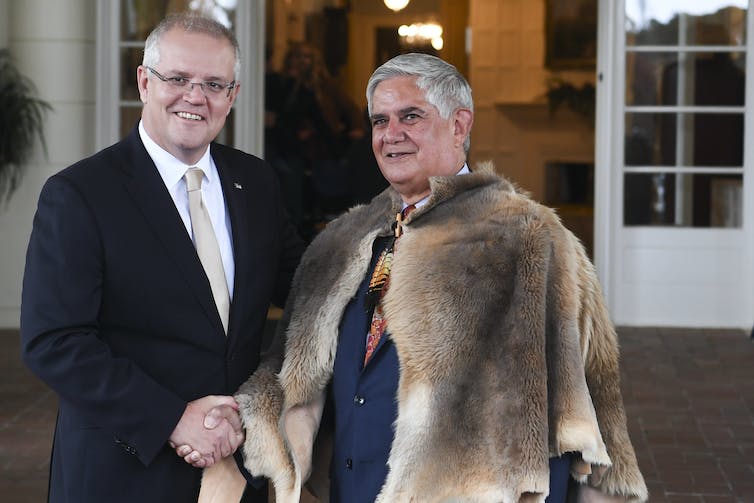 Ken Wyatt faces intense opposition to his proposal for a referendum on constitutional recognition. Lukas Coch/AAP

Finally, the support of Indigenous peoples is not assured.

Increasingly, First Nations are resisting agreement-making with governments that act inconsistently with their values and aspirations.

For instance, the Djab Wurrung Embassy, a group of traditional owners protesting VicRoads’ plan to cut down sacred trees, has launched a “No Trees, No Treaty” campaign to highlight the state government’s refusal to listen to their views.

as a trip wire and only a pathway to assimilation.

Consensus cannot be assumed, and will become more complex as First Nations articulate their objectives and objections to possible treaties.

Notwithstanding these challenges, Queensland’s announcement is historic.

It confirms that progress on Indigenous constitutional recognition is being led by the states and territories. It also directs more attention to the federal government’s approach to this issue.

It is hoped that the Commonwealth reflects on Queensland’s announcement and commits to establishing a Makarrata Commission. And that commission should be designed by Indigenous representatives serving on a constitutionally enshrined First Nations Voice.