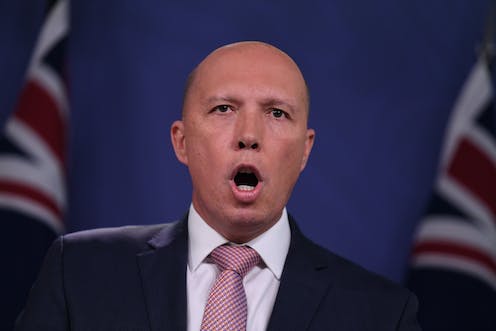 A key element in the success of countering terrorism in Australia has been a series of new and amended pieces of legislation – at least 75 – developed to respond to an evolving threat.

This includes legislation produced in October 2014 (Section 119.2 and 119.3 of the Criminal Code) that declared areas of Iraq and Syria, including the city of Raqqa, the de facto capital of the so-called Islamic State (IS) caliphate, illegal for Australian citizens to enter. Anyone who has lived in this territory and seeks to return to Australia will have to prove they were not assisting IS or face prosecution and a possible punishment of up to 25 years in prison.

Innovative pieces of legislation like the proposed Temporary Exclusion Orders (TEO) bill introduced by Home Affairs Minister Peter Dutton are difficult to argue with. Existing national security laws already place Australia in a much stronger position than any other Western nation when it comes to managing the prosecution and detention of returning IS fighters.

Nevertheless, there is a limit to what legislation itself can do. Moreover, for every possible advantage, there are also possible disadvantages that need to be weighed up.

There is not a whole lot more the new TEO bill can be reasonably expected to achieve. And as the weight of legislation increases, there are reasonable questions to be asked about checks and balances and proportionate implementation.

In other words, the devil is very much in the detail.

Three questions need to be asked:

There is no question, that with at least 80 individuals who have fought with IS now in a position to possibly return, any legislative tool that can help manage this risk is worth considering.

Specifically, there is clearly a benefit to being able to delay somebody’s return by at least two years, and through a process of extensions perhaps many more years. There is also an advantage, when they do return, of being able to legally impose conditions on who they meet with and where they go.

The government has pointed out that around 40 Australians have already returned from Syria and Iraq under suspicion of being involved with terrorist groups. To have been able to delay and then manage the return of these 40 fighters clearly would have been very useful.

But what has not been explained by the government is that these 40 individuals came back to Australia more than six years ago, and only a couple have so far been successfully prosecuted.

If the need was so urgent, why wasn’t a temporary exclusion order introduced in late 2014 when we first began to process a raft of counter-terrorism bills and amendments? Or in 2015 when the UK introduced similar legislation?

There is, in fact, no immediate crisis, and undue haste in passing further security legislation should be avoided because it is very dangerous to national security.

If TEOs are applied excessively, and without sufficient discrimination, a number of risks arise. Individuals currently detained in overcrowded detention centres in Syria or Iraq might be released if their repatriation to Australia is delayed by years.

Or, they could be broken out of detention by IS insurgents, who remain deadly and numerous. This happened on dozens of occasions when IS needed to replenish its ranks.

Allowing our citizens to be somebody else’s problem, out of sight and out of mind, does not actually make the security risk to Australians go away. Leaving them offshore leaves open the very real possibility that they will eventually slip away into the terrorist underground or rejoin the IS insurgency.

Read more: How Indonesia is dealing with the new threat posed by returning Islamic State fighters

Should they do so, they immediately become a risk through their ability to influence others online and via social media.

It is likely that TEOs will be also applied to women and children we really should be repatriating. This would pass the buck to others to look after and secure these women and children, such as the Syrian Democratic Forces (SDF), who are already overstretched and unable to deal with the burden of indefinitely detaining those who have fled the decaying IS caliphate.

There is also a real risk this legislation, much like other bills that allow Dutton to strip somebody of their citizenship on the grounds they potentially have access to alternative citizenship, could undermine confidence and trust within key communities in Australia.

As then-Prime Minister Malcolm Turnbull said after the murder of Sydney police accountant Curtis Cheng by a 15-year-old recruited by IS supporters in 2015, our first line of defence in fighting groups like Islamic State is the Muslim community.

Intelligence is key to countering terrorism and working with communities and families to encourage people to speak up when they see something of concern. To the extent that trust and confidence are eroded, national security will be directly diminished.

Amendments that could help

So what should be done?

Speaking last week at his farewell dinner, outgoing Labor Senator Doug Cameron spelled out the larger issues that need to be addressed.

Our existing oversight is inferior and, in my view, almost non-existent. This is unacceptable and we should ensure our inferior parliamentary oversight of security agencies is changed and oversight is enhanced.

Cameron is not the only one to express concerns. This bill was first introduced into the 45th Parliament. The Liberal-dominated Parliamentary Joint Committee on Intelligence and Security (PJCIS) produced an extensive review and a detailed report on the bill.

Read more: Why is it so difficult to prosecute returning fighters?

Labor Senator Kristina Keneally, a member of the PJCIS, has since complained that the government had

rejected four of the PJCIS recommendations in whole, rejected six in part and ignored one.

This, despite the fact that these recommendations came as a result of the considered reasoning of senior figures from both the Liberals and Labor.

reasonably suspects the person is, or has been, involved in terrorism-related activities outside Australia

And that a TEO should only be made

if it would substantially assist in preventing the provision of support for, or the facilitation of, a terrorist act.

The principle of being able to impose TEOs certainly bears consideration. While this is no “silver bullet”, there is a case for passing the bill after including the amendments thoughtfully proposed by the PJCIS.

Without a better system of oversight, we risk undermining community trust and confidence by setting in place policy that leads to dire consequences and diminishes our national security.

Now is not the time to make haste at the expense of national security, as well as the very values that define us as Australians.