We need trees in our lives. This past summer, Adelaide experienced the hottest temperature ever recorded in an Australian state capital, hitting 46.6 degrees on January 24. Trees beautify otherwise grey cities and cool our suburbs during heatwaves. But different species have different levels of tolerance of heat, lack of water and other threats posed by climate change.

In a newly published study, we investigated likely climate change impacts on 176 of the most common tree species planted across Australian cities. Our analysis showed more than 70% of these species will experience harsher climatic conditions across Australian cities by 2070. Some of the most commonly planted trees are unlikely to survive these conditions. 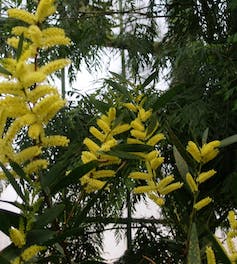 The golden wattle might struggle in our northern cities if they get hotter and drier. Dryas/Wikimedia Commons, CC BY-SA

So which tree species are best suited to particular places? Which species are more likely to thrive, rather than just survive, under a changing climate? Which of our beloved tree species won’t make it?

Tree species growing in warmer cities are more likely to be affected than those in cooler cities. Some species, such as the golden wattle (Acacia longifolia) or the prickly paperbark (Melaleuca styphelioides), might not make it in northern cities, unless we invest precious resources – such as water – to maintain these civic assets. Other species, such as the native frangipani (Hymenosporum flavum) or the tuckeroo (Cupaniopsis anacardioides), will likely become more suitable for planting in southern cities.

Why do cities need trees?

Trees are wonderfully effective at improving the microclimate of our cities, which makes tree plantings an effective and efficient way to adapt to climate change. The leaves of trees absorb and dissipate much of the sun’s radiation.

Trees cool air and land by several degrees compared to areas of concrete and asphalt. Swipe the heat map below to see how effectively trees cool down our cities. (Red indicates hotter areas, blue cooler areas.)

Swipe the map to see how much trees cool urban areas. Red indicates hotter areas, blue cooler areas. This temperature map was collected during a heatwave in Adelaide, South Australia, on February 9 2017 by AdaptWest over the cities of West Torrens, Charles Sturt and Port Adelaide-Enfield. Used with permission of AdaptWest Adelaide (https://www.adaptwest.com.au/mapping/heat-maps)

Governments recognise the importance of trees and have developed vital initiatives, such as the national 20 Million Trees program and the 5 Million Trees program in New South Wales. These are important first steps to increase urban tree cover across Australia. But the question arises: are we planting the right tree species?

Australian cities are blessed with a higher diversity of tree species compared to other cities globally. However, the 30 most commonly planted species make up more than half of Australia’s urban forests.

This poses a great risk for our cities. If we were to lose one or two of these common species, the impact on our urban tree cover would be immense. Consequently, our best insurance is to increase the diversity of our trees. 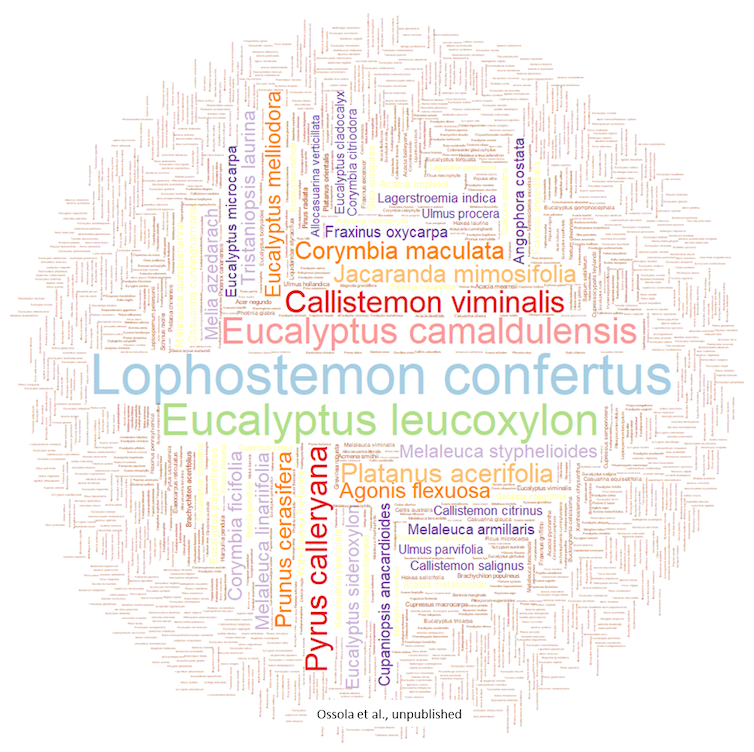 Species composition of Australia’s urban forests across 60 local government areas. The size of each word is proportional to the number of tree stems recorded for each species. Alessandro Ossola

Our quest to find climate-ready tree species is only just beginning. Supported by Hort Innovation Australia, the NSW Department of Planning, Industry and Environment, and the Commonwealth government, our team embarked on a project called Which Plant Where in conjunction with researchers at Western Sydney University. Our mission is to find the best plant species for urban landscapes that will be resilient to climate change.

We work with the nursery industry to provide evidence on species’ resilience to extreme heat and drought by testing plants to their limits in research glasshouses. Our work with plant growers and nurseries will inform them on how to adapt their business, by identifying the new challenges posed by climate change, as well as selecting highly diverse palettes of climate-ready species. We advise landscape architects, designers and urban planners about not only the best planting choices, but also how to increase the biodiversity of our cities.

We are committed to do more science in coming years, but you can start making a difference today. Australia’s National Tree Day will be celebrated again this year on Sunday, July 28. It’s a great opportunity to teach our families, communities and businesses about the importance of tree planting and environmental stewardship as key elements of adapting to climate change.

The best time to plant a tree was 20 years ago. The second best time is now.

This weekend is your time. The game is simple – head to your closest plant nursery. Ask your local grower about which tree species are suitable for the local growing conditions and pick one you like. Then, plant a tree in your yard, or join one of the many planting events across Australia.

Teach your kids, family and friends about the difference they can start making today – for their future and our common good – one tree at a time. 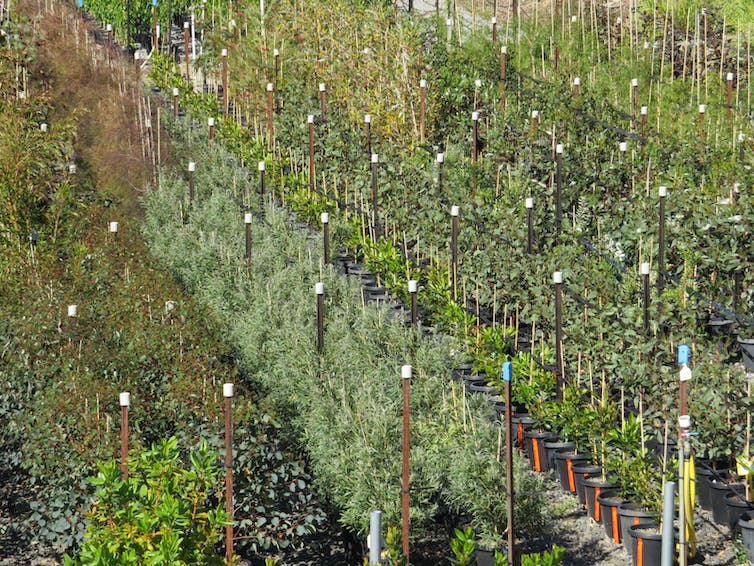