The unicorn is an enduring image in contemporary society: a symbol of cuteness, magic, and children’s birthday parties.

But while you might dismiss this one-horned creature as just a product for Instagram celebrities and five-year-old girls, we can trace the lineage of the unicorn from the 4th century BCE. It evolved from a bloodthirsty monster, to a tranquil animal bringing peace and serenity (which can only be captured by virgins), to a symbol of God and Christ.

These days the term unicorn can refer to a privately held start-up company valued at over US$1 billion, a single female interested in meeting other couples, or the characters in My Little Pony.

Over the centuries, the meaning and imagery of the unicorn has shifted and persisted. But how did we get here?

Ferocious beasts and where to create them

The earliest written account of the unicorn comes from the text Indica (398 BCE), by Greek physician Ctesias, where he described beasts in India as large as horses with one horn on the forehead.

Ctesias was most likely describing the Indian Rhinoceros. The unicorn horn, he wrote, was a panacea for those who drink from it regularly. 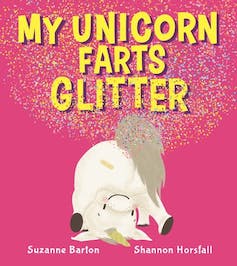 A contemporary interpretation of the once ferocious beast. Hachette

In the first-century CE, claiming to quote Ctesias, the Roman naturalist Pliny (Natural History, 77 CE), wrote that the unicorn was the fiercest animal in India, with the body of a horse, the head of a stag, the feet of an elephant, the tail of a boar, and a single horn projecting from the forehead.

Pliny also embellished the animal’s description by adding a trait that became extremely significant to society in the Middle Ages: it was impossible to capture the animal alive.

Just over a century later, the second-century CE Roman scholar Aelian compiled a book about animals based on Pliny. In his On the Nature of Animals, Aelian wrote that the unicorn grows gentle towards the chosen female during mating season.

The unicorn’s tender disposition when near the female became a highly symbolic trait for authors and artists of the Middle Ages, who believed it could only be captured by a virgin.

Despite the authoritative texts of the Greeks and Romans, the unicorn remained mostly unknown in the centuries leading up to the Middle Ages. For the public to become familiar with it, the creature had to come out of the library and develop a role in everyday events and popular culture: ie a role in Christianity.

It was in the third-century BCE that the unicorn entered religious texts – although only by accident.

Between 300 and 200 BCE, a group of 70 scholars gathered together to create the first translation of the Hebrew Old Testament in Koine Greek. Although the Hebrew term for unicorn is Had-Keren (one horn), in the text commonly known as Septuagint (seventy) the scholars made an error when translating the Hebrew term Re’_em (ox), from Psalms as monokeros. In effect, they changed the word “ox” to “unicorn.”

The unicorn’s inclusion in a text of such magnitude laid the foundation for an obsession with the creature that thrived in both literary and visual arts from the earliest dates of the Middle Ages and continues to the modern day.

By the 12th century, the one-horned animal came to be associated with the allegory provided in the Physiologus, a collection of moralised beast tales on which many medieval bestiaries are based. One of the most widely read books in the Middle Ages, the Physiologus often identifies Christ with the unicorn. 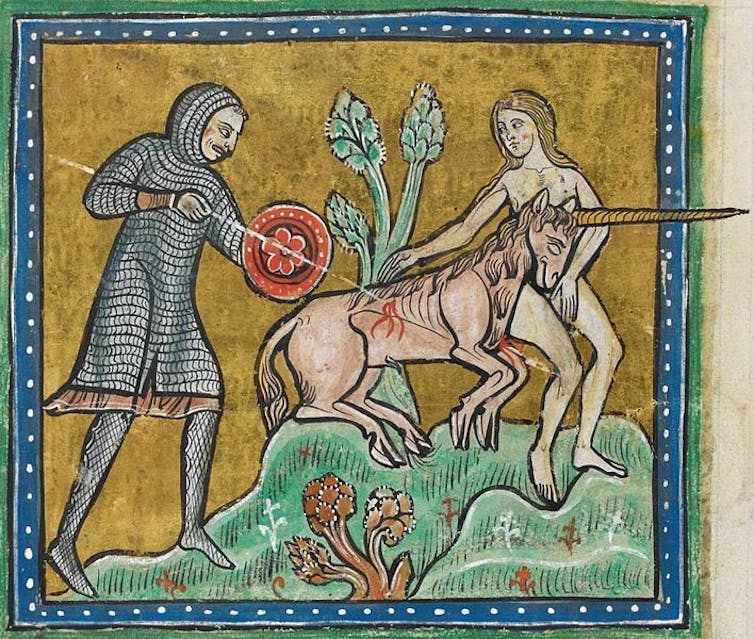 The Rochester Bestiary (c late 1200s) draws on Physiologus to represent the unicorn as the spirit of Jesus. Wikipedia Commons

The illustrations that accompany textual references to the unicorn in the Bible and medieval bestiaries often showed the allegorical representation rather than the literal. 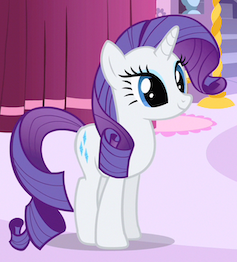 So instead of images depicting Christ as a man, the artists drew horses and goats with one large horn protruding from its head. In this medieval legend, the fanciful myth of the one-horned animal became the foundation of the unicorn image that circulated throughout Europe.

Contemporary images of the unicorn have changed very little since the medieval era. The creature in The Lady and the Unicorn tapestries in the Cluny museum in Paris, symbolising various overlapping meanings including chastity and heraldic animals, looks a lot like the My Little Pony characters Rarity and Princess Celestia.

Read more: Explainer: the symbolism of The Lady and the Unicorn tapestry cycle

Imagery of the unicorn persisted sporadically in literature, film and television through the 20th century, but the 2010s saw interest boom.

Social media helped lure the magical creature into quotidian life – the one-horned horse looks great as a Facebook emoji and surrounded by rainbows on Instagram. National Unicorn Day (April 9) was first observed in 2015.

Searches for “unicorns” reached an all-time high in April 2017, the same month Starbucks introduced the colour and taste-changing Unicorn Frappuccino, sparking a trend in adding glitter and rainbow colours to any food or beverage.

Now, the unicorn is marketed to children and adults alike on coffee mugs, keychains, stuffed animals, t-shirts. In secular contemporary culture it has become an LGBTI+ icon: a symbol of hope, something “uncatchable.”

The contemporary unicorn is a far cry from Ctesias’ beasts. Social media platforms like Instagram encourage us to project an idealised version of our life: the unicorn is a perfect symbol for this ideal.

If the last decade is anything to go by, its intrigue will only continue to grow.