Record fires are raging in Brazil’s Amazon rainforest, with more than 2,500 fires currently burning. They are collectively emitting huge amounts of carbon, with smoke plumes visible thousands of kilometres away.

Fires in Brazil increased by 85% in 2019, with more than half in the Amazon region, according to Brazil’s space agency.

This sudden increase is likely down to land degradation: land clearing and farming reduces the availability of water, warms the soil and intensifies drought, combining to make fires more frequent and more fierce.

Read more: Amazon rainforests that were once fire-proof have become flammable

1. Why the Amazon is burning

The growing number of fires are the result of illegal forest clearning to create land for farming. Fires are set deliberately and spread easily in the dry season.

The desire for new land for cattle farming has been the main driver of deforestation in the Brazilian Amazon since the 1970s.

Ironically, farmers may not need to clear new land to graze cattle. Research has found a significant number of currently degraded and unproductive pastures that could offer new opportunities for livestock. 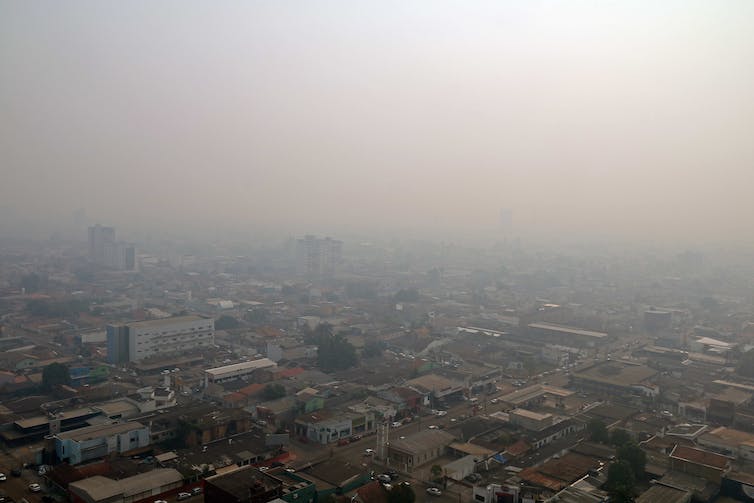 2. Why the world should care

The devastating loss of biodiversity does not just affect Brazil. The loss of Amazonian vegetation directly reduces rain across South America and other regions of the world.

The planet is losing an important carbon sink, and the fires are directly injecting carbon into the atmosphere. If we can’t stop deforestation in the Amazon, and the associated fires, it raises real questions about our ability to reach the Paris Agreement to slow climate change.

The Brazilian government has set an ambitious target to stop illegal deforestation and restore 4.8 million hectares of degraded Amazonian land by 2030. If these goals are not carefully addressed now, it may not be possible to meaningfully mitigate climate change.

3. What role politics has played

Since 2014, the rate at which Brazil has lost Amazonian forest has expanded by 60%. This is the result of economic crises and the dismantling of Brazilian environmental regulation and ministerial authority since the election of President Jair Bolsonaro in 2018.

Bolsonaro’s political program includes controversial programs that critics claim will threaten both human rights and the environment. One of his first acts as president was to pass ministerial reforms that greatly weakened the Ministry of the Environment

Regulations and programs for conservation and traditional communities’ rights have been threatened by economic lobbying.

Over the last months, Brazil’s government has announced the reduction and extinction of environmental agencies and commissions, including the body responsible for combating deforestation and fires. 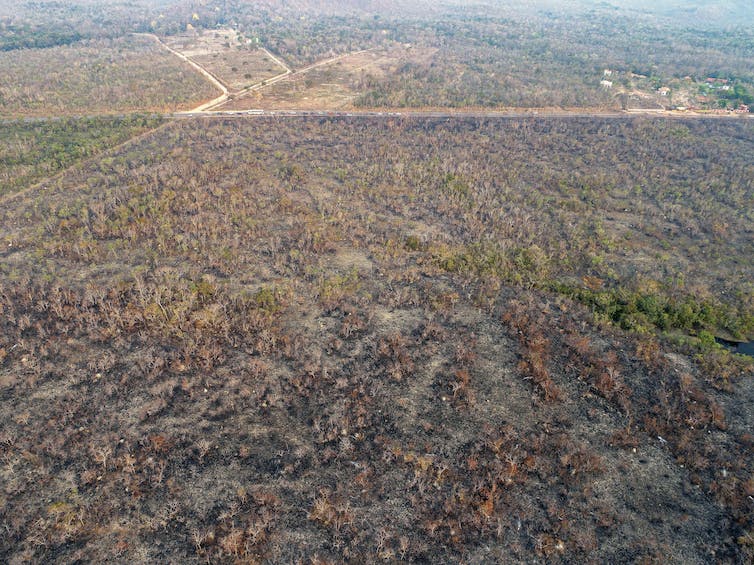 Fires in the Amazon rainforest have increased 85% on the same period last year. EPA/ROGERIO FLORENTINO

4. How the world should react

Although Brazil’s national and state governments are obviously on the front line of Amazon protection, international actors have a key role to play.

International debates and funding, alongside local interventions and responses, have reshaped the way land is used in the tropics. This means any government attempts to further dismantle climate and conservation policies in the Amazon may have significant diplomatic and economic consequences.

For example, trade between the European Union and South American trading blocs that include Brazil is increasingly infused with an environmental agenda. Any commercial barriers to Brazil’s commodities will certainly attract attention: agribusiness is responsible for more than 20% of the country’s GDP.

Brazil’s continued inability to stop deforestation has also reduced international funding for conservation. Norway and Germany, by far the largest donors to the Amazon Fund, have suspended their financial support.

These international commitments and organisations are likely to exert considerable influence over Brazil to maintain existing commitments and agreements, including restoration targets.

Read more: The world protests as Amazon forests are opened to mining

5. There is a solution

Environmental laws were passed to develop a national program to protect the Amazon, with clearing rates in the Amazon falling by more than two-thirds between 2004 and 2011.

Moreover, private global agreements like the Amazon Beef and Soy Moratorium, where companies agree not to buy soy or cattle linked to illegal deforestation, have also significantly dropped clearing rates.

We have financial, diplomatic and political tools we know will work to stop the whole-sale clearing of the Amazon, and in turn halt these devastating fires. Now it is time to use them.