Since 2000, planning authorities in Australia have overseen a massive rezoning of inner-city industrial land to make way for mixed-use residential development. They claim central industrial space is obsolete in a post-industrial economy driven by knowledge, finance, and real estate. And rezoning offers opportunities to house people near jobs and services, thereby slowing urban sprawl.

While industrial rezonings have contributed to the densification of Australian cities, they also open the door to real estate speculation and accelerate gentrification. This has forced many people to move outward in search of affordable shelter.

Other problems stem from a fundamental misunderstanding of contemporary manufacturing. The loss of central industrial zones displaces a range of specialised manufacturers, creative producers, and small businesses. With them go the quality jobs and vital services they provide. In the process, the diversity of land uses and jobs is reduced in the very places that policymakers want it.

Can urban policy make room for manufacturing and create real diversity and a mix of employment opportunities in our cities?

Manufacturing employment has declined for decades. This is typically attributed to competition from low-wage countries. In reality, Australian manufacturing is changing and is largely distinct from overseas high-volume, low-cost mass production. Urban policy and an outdated vision of manufacturing are as much to blame for the loss of central industrial land.

Today, Australian manufacturing is small, nimble, and specialised. Firms with fewer than 20 people provide 93% of all manufacturing employment. And most firms (74%) have fewer than five employees.

These businesses are not pumping out automobiles or anoraks. They are more likely to engage in small-batch production of high-value-added and design-intensive products.

Much of this production is directly linked to the cultural industries, such as architecture, fashion and home furnishings, and is geared toward local consumption, particularly food and beverages. Combined, these forms of production account for about half of all manufacturing employment.

Read more: Can our cities' thriving creative precincts be saved from ‘renewal’? 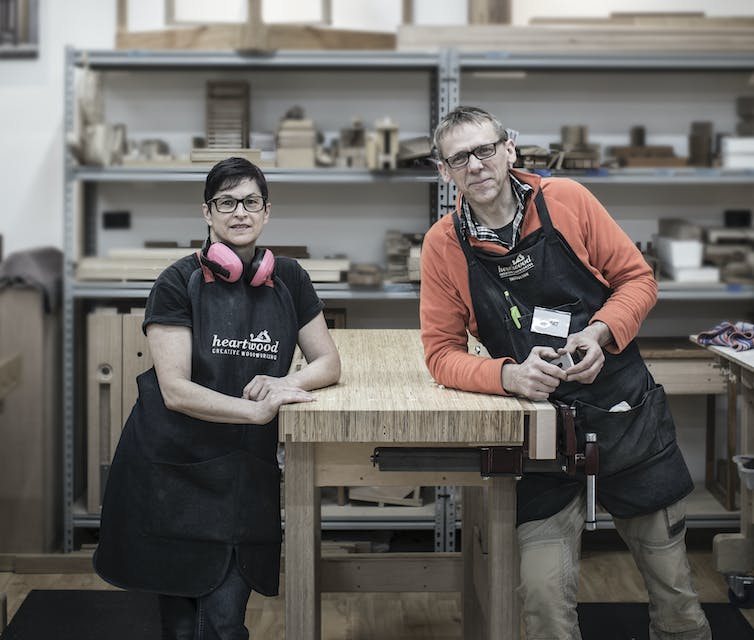 Yes, manufacturing does not provide as many jobs as it once did. Yet it remains crucial to a diversified economy.

Contemporary manufacturing thrives among the dense networks and consumer markets found in cities. Or it would, if we did not rezone all of our central city industrial land. The decline in manufacturing employment over the past 20 years coincides with major industrial rezonings.

Despite a net increase in industrial land due to outer suburban expansions, Greater Melbourne lost 2,423 hectares (or nearly 19 Hoddle grids) since 2000-01. These were mostly small industrial pockets (less than 5 hectares) in the inner suburbs. The few that remain have no vacancies.

Sydney has virtually no inner industrial land left. This follows years of industrial rezonings at the hands of major property developers.

Indeed, industrial rezonings have arisen less from an obsolescence of manufacturing than from opportunistic targeting of higher-return land uses. Two-thirds of Melbourne’s industrial land was rezoned to promote residential development or other mixed use that does not permit industrial activity.

That leads to an immediate rise in property values and, of course, speculative investment. An infamous example in Victoria is then planning minister Matthew Guy’s 2012 rezoning of 250 hectares) of central Melbourne industrial land at Fishermans Bend for a high-density mixed-use precinct. But this is a global phenomenon.

Paradoxically, while mixed use is the planner’s holy grail, many new mixed-use projects do not foster the dense and walkable neighbourhoods they seek. Most are simply “shop-top” apartments with nominal ground-floor retail, not a diverse mix of uses. Meanwhile, retail vacancies are on the rise – nearly 40% in some suburbs.

While some mixed-use projects include office space, rarely do they incorporate multiple forms of work space. This means they do not support a rich business mix. Nor do they help solve the challenge of affordable housing, because an increase in housing supply does not guarantee lower prices.

For these reasons, zoning out employment land in the central city may not be “the highest and best use”. Even in a post-industrial economy, we need urban industrial zones that provide flexible work spaces, incubate new creative activities, allow for maintenance and repair and, above all, temper market rents for firms that provide quality, essential jobs and services.

How to renew inner-city industry

Inner-city industrial land is at capacity. If urban policymakers do not confront the legacy of industrial rezonings, they risk compounding problems in housing, jobs and retail. That, in turn, will further homogenise our cities and worsen inequality.

We can tackle the problem in three ways:

To support a critical mass of enterprises would require no longer treating industrial lands as an opportunity for speculative housing and mixed-use activity. Tenure security for hundreds of micro-enterprises encourages local entrepreneurialism, in contrast to the part-time, low-wage jobs that generic chains bring to mixed-use projects.

US cities such as Chicago, Milwaukee and Portland have long maintained central “industrial sanctuaries” that prohibit residential development.

Melbourne, Portland, San Francisco, and Vancouver have implemented new zoning designations intended to accommodate this mix. This is a positive step, but uptake of measures like the Commercial 3 Zone in Melbourne has been slow.

Consumers want direct relationships with makers. Rising land prices and the changing size and scope of manufacturing today means there is potential to add industrial to commercial and even residential redevelopments, via cross-subsidy incentives. Empty shop-top retail could be carefully retrofitted for creative and small manufacturing, with new building codes that enable alternative low-impact, ground-floor uses.

Join us at the Festival of Urbanism in Melbourne on September 4 to explore these issues.