An audacious world-first proposal to protect an extinct species was debated on the global stage last week.

The plan to regulate the trade of woolly mammoth ivory was proposed, but ultimately withdrawn from an international conference on the trade of endangered species.

Instead, delegates agreed to consider the question again in three years, after a study of the effect of the mammoth ivory trade on global ivory markets.

Why protect an extinct species?

The Convention on the International Trade in Endangered Species of Wild Fauna and Flora (CITES) is an international agreement regulating trade in endangered wildlife, signed by 183 countries. Every three years the signatories meet to discuss levels of protection for trade in various animals and their body parts.

The most audacious proposal at this year’s conference, which concluded yesterday in Geneva, was Israel’s suggestion to list the Woolly mammoth (Mammuthus primigenius) as a protected species.

Specifically, it aimed to list the woolly mammoth in accordance with the Convention’s “lookalike” provision. Once woolly mammoth ivory is carved into small pieces, it is indistinguishable from elephant ivory without a microscope. The proposal is designed to protect living elephants, by preventing “laundering” or mislabelling of illegal elephant ivory. 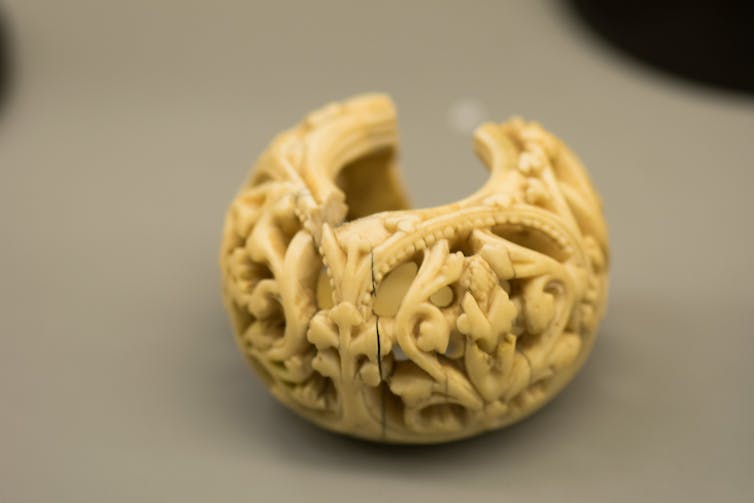 Once carved into small pieces, elephant and mammoth ivory are indistinguishable without a microscope. Thomas Quine/Flickr, CC BY

Had it passed, it would have been the first time an extinct species has been listed to save its modern-day cousins. Most populations of woolly mammoths went extinct after the last ice age, 10,000-40,000 years ago.

Wait, you can trade mammoth ivory?

The trade in woolly mammoth tusks lies at the convergence of Earth’s environmental crises.

As the climate crisis melts permafrost in the Siberian tundra, preserved mammoths bearing tusks as large as 4.2m long (weighing as much as 84kg) have been unearthed for the first time in millennia.

While poorly documented, the main trade route for tusks is thought to be from Russia to Hong Kong and then mainland China for processing.

Read more: It's time to break the deadlock over Africa's ivory trade: here's how

It’s not all mammoth

The proposal would not ban trade altogether, but would require an exporting country to prove that specimens are mammoth ivory to get a permit.

Ivory laundering goes the other way as well. Grade A mammoth ivory can be carved and passed off as elephant ivory trinkets and enter the illegal wildlife trade.

The illegal wildlife trade claims the lives of 20,000-50,000 elephants annually and is the second greatest direct threat to species survival. 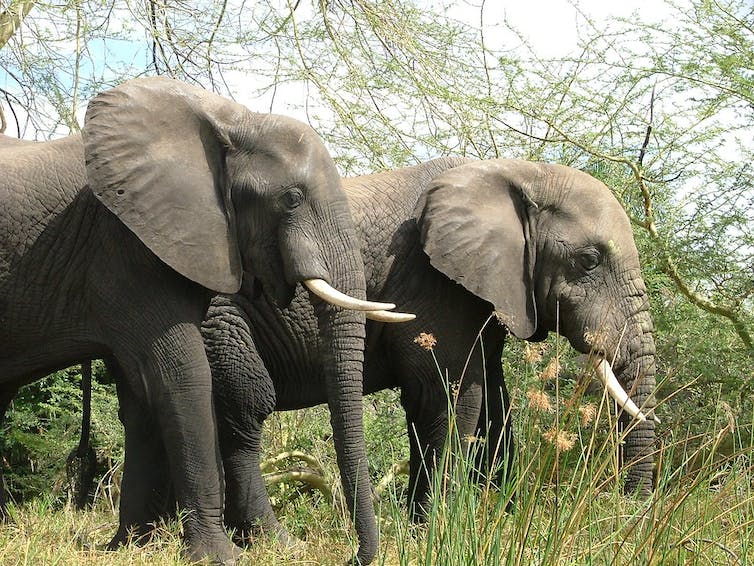 Is it woolly thinking?

The new proposal was not without its detractors. Some “ice ivory” sellers and carvers argue mammoth ivory should be promoted as an alternative to elephant ivory to meet market demand without poaching. Others maintain extinct species should be regulated by the laws and codes observed by the global antiquities trade.

While Israel has not taken positions on these points, the move would be in line with other global efforts to stem the tide of organised crime syndicates profiting from the illegal wildlife trade.

My own research, along with government inquiries around the world, has found legal markets in ivory, regardless of origin, can and will be exploited as conduits for illegal trade.

Read more: To save the African elephant, focus must turn to poverty and corruption

A solution put on ice

If it had passed, this proposal would have been a landmark achievement in the protection of elephants. Instead, Israel’s delegates ultimately withdrew the motion, in the face of vehement opposition from Russia, which is the primary exporter of mammoth ivory.

Delegates from Canada, the United States of America and the European Union said there was insufficient evidence to support the change. The various parties agreed to support a study into the mammoth ivory trade as a compromise, and Israeli delegates are hopeful the findings will reopen discussion at the next conference, three years from now.