The western world’s dance community rallied over the weekend, taking Good Morning America host Lara Spencer to task for her mockery of Prince George and his love of ballet. Under the hashtag #boysdancetoo, representatives of the dance world including Gene Kelly’s widow Patricia Ward, Fame’s Debbie Allen and So You Think You Can Dance US winner Travis Wall, as well as dance parents and students worldwide, hit back.

They told tales of bullying and the triumph of passion over adversity. An on-air apology and 300-strong dance class followed.

Gender biases and prejudices about “ballet boys” are not a new story – author Clementine Ford, wrote last year about a two-year-old Australian boy whose dance school had forbidden him to wear a tutu and make-up for the end-of-year concert. But as the issue flares again, we could look to Japan - where male dancers receive widespread acclaim for their beauty and discipline.

In Australia, the inclusion and acceptance of boys and men in ballet and dance is often predicated on an argument that dance for boys can be macho – either by comparisons to sport or discussions of strength.

Last year, the Australian Ballet’s Spartacus was framed in this vein. The production’s tagline “Think ballet is all pointe shoes and tutus? Think again” seemed to assume that the only way to appeal to a male audience was by emphasising the violent and aggressive aspects of the ballet.

However noble the intent might be to encourage more boys into ballet by attempting to butch it up, many boys whose identity might not align strongly with this macho image end up excluded.

In addition, many of the things that attract both boys and girls to ballet – the costumes, make-up, sets, beauty and artistry – are pushed aside in order to emphasise a stereotypically acceptable masculine image. Such attempts can be seen as the flipside of the same coin as Spencer’s shaming, reinforcing stereotypes and narrowing the options for aspiring male dancers.

There are lessons that can be learned from the way that Japanese culture accepts and embraces male ballet dancing, without needing to rely solely on narrow views of masculinity.

Television coverage, competitions and magazines foster a culture and community that’s supportive of boys in dance. Tetsuya Kumakawa has been feted as not only “the greatest ever Japanese ballet dancer” but “one of the best the world has ever seen”.

When the British Royal Ballet toured Japan, Principal dancer Steven McRae was given a manga makeover by artist Takafumi Adachi in the magazine Dancin’, a ballet periodical for boys and young men. The success of male and female dancers at ballet companies outside Japan is equally celebrated. 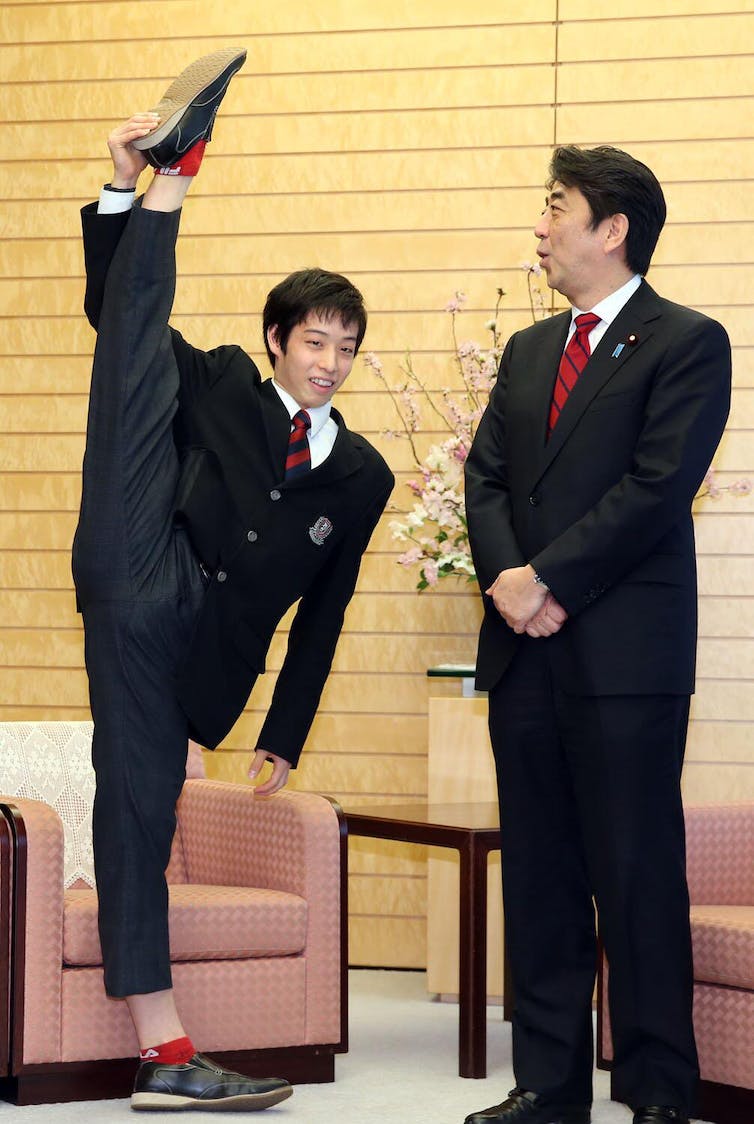 Teenager Haruo Niyama shows off his skills to the Japanese prime minister. @nikkeiphoto/Twitter

Of course Japanese culture does display prejudices against boys and men who enjoy activities which historically have run along traditional gender lines. But mainstream Japanese media has an ability and willingness to generate a positive representations of boys and men engaged in such activities.

The masculine framing of ballet can be effective in encouraging boys to learn the discipline. But other factors – the concept of beauty that ballet carries, iconic role models, a space to share with other boys who also love to dance – are just as important. 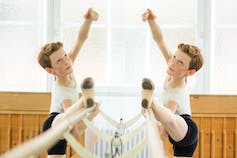 The increasing attention paid to male ballet (and other kinds of dance) in Japan has gone hand in hand with emerging young men who achieve international fame in these fields. This has increased the visibility and impact of ballet within wider boys’ and men’s culture.

Such representations in mainstream media can offer a sense of belonging and mutual support for a still-fragmented and isolated coterie of ballet boys and men. It can create a community where they can safely connect and identify with those who share their interest in, dreams of and love for dancing.