On one of my first field trips as a young student, searching in sweltering September heat for banksia trees in the bush around Sydney, my eye was caught by a flash of remarkable crimson. Trudging over the red dust, we saw the beautiful waratah flower.

The cone-shaped flower sat upon a green leaf throne, sepals facing upward towards the heavens. The sun lit the red petals just right, and I felt a sense of awe for the flower emblem of New South Wales.

The rounded flower head and the green razored leaves are iconic. The long stem that can grow up to 4 metres tall allows it to stand above the other vegetation. 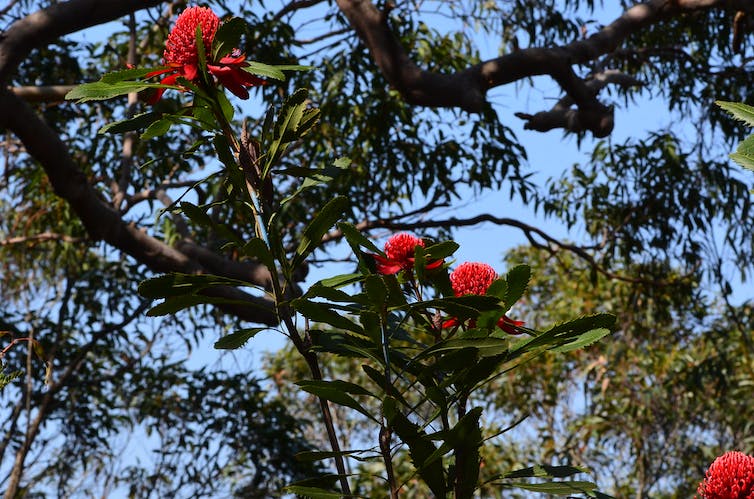 There are five species of waratah flowers, although the species chosen for NSW’s emblem, Telopea speciosissima, is simply known as the New South Wales waratah.

These grow across southeastern Australia along the central coast and up the mountains from the Gibraltar range north of Sydney to Conjola in the south.

Read more: How I discovered the Dalveen Blue Box, a rare eucalypt species with a sweet, fruity smell

Robert Brown named the genus Telopea in 1810, which derives from the Greek word for “seen from afar” – just as I was able to spot the striking red flowers in the bush. (There is even a botanical journal named Teleopea, after the flower.)

This flower thrives in the shrub understory of open forest and survives despite sandstone soils and volcanic rock. Delicate, the flowers need lots of rainfall. There is also a rare white morph called “Wirrimbira white.” This form was found in the Robertson, NSW near the Kangaloon water catchment. 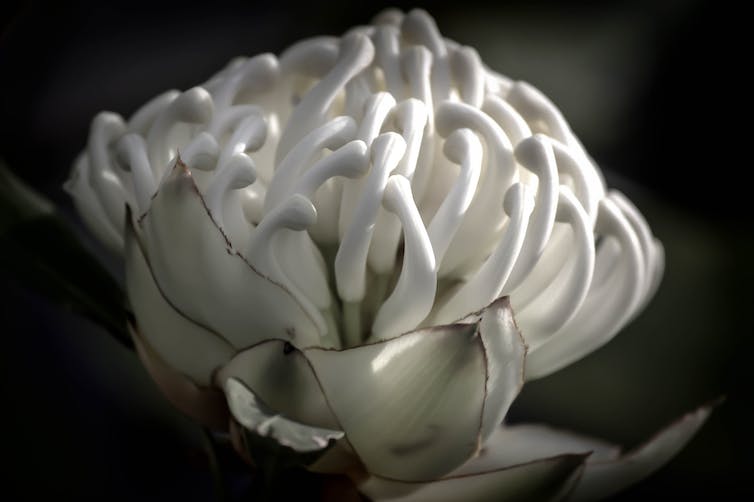 Warratahs have a lignotuber in their root system that allows them to store energy and nutrients. They can regenerate within two years after a wildfire destroys the main flower.

It flowers from September to November, though flowering is highly variable and is sensitive to the environment. The flower is pollinated by birds that feed on its sweet nectar. The plant releases brown leathery pods with large, winged seeds, which germinate readily – making it a popular garden ornament.

Read more: Do you know a Bunji from a Boorie? Meet our dictionary's new Indigenous words

The waratah flower is a cultural symbol, adorning Australiana ranging from stamps to the state flag of New South Wales. Because it was so common, it helped play a role in developing a colonial Australia’s cultural identity. In fact, it almost beat out the golden wattle as the national emblem back in the 1900s.

There was heated debate, but ultimately the waratah’s bias towards coastal habitat – which meant it was only found on the east coast of Australia and Tasmania – led to its loss. However, in 1962 the flower was proclaimed the official floral emblem of New South Wales. 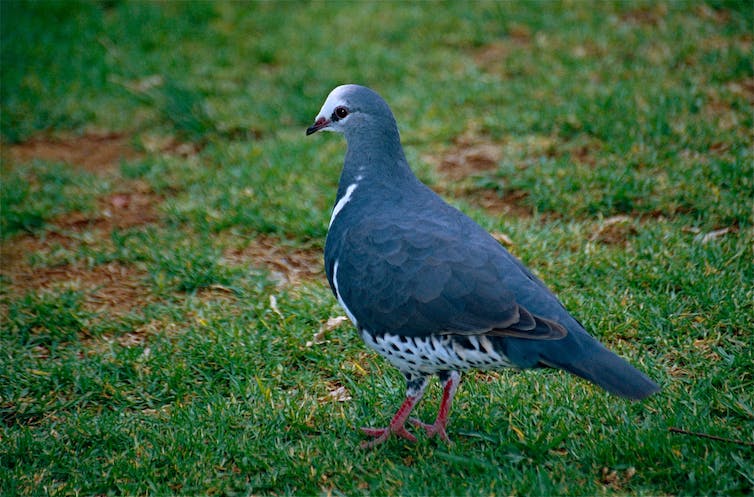 The wonga pigeon is linked to the waratah in Indigenous Dreamtime stories. Bernard DUPONT/Flickr, CC BY-SA

There is a rich aboriginal history regarding the flower as well. Gulpilil’s Stories of the Dreamtime tells a story explaining how the white warratah became red. In the story, a female wonga pigeon flew above the tree canopy looking for her lost mate. She was caught by a hawk but broke free, tearing her breast. She landed on a white warratah and her flowing blood stained it red. As she flew from flower to flower, the blood from the wounds drenched all the flowers red.

Read more: Stories from the sky: astronomy in Indigenous knowledge

If you stick your finger in the flower when it is in bloom you’ll see the “blood” of the pigeon on your finger. The red nectar is sweet, and a medicinal tonic can be made from the red blooms.

It also made a striking impression on European artists in the 18th and 19th centuries. The flower can be seen on collections ranging from vases to statues and stained-glass windows. 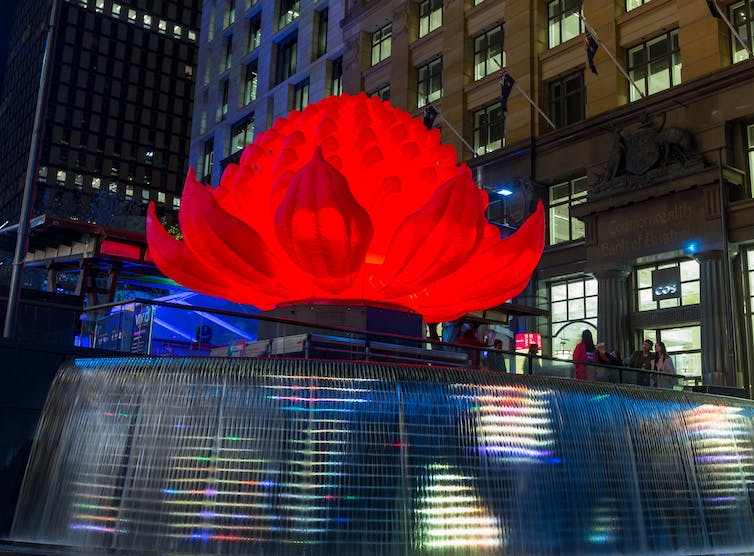 In 1915, Australian botanist R.T. Baker wrote, “The entire plant…lends itself to such a boldness of artistic ideas in all branches of Applied Art that it has few compeers amongst the representatives of the whole floral world.”

Read more: Silver moss is a rugged survivor in the city landscape

I first spotted the flower on one of my first experiences in the bush near Sydney, hunting banksia for a professor who studies the unique fire ecology of Australian plants in Royal National Park. It is one of my favourite Australian flowers, made even more special by the memory when I first encountered it on that sunny, September day.