A three-year-old boy with haemophilia and an acquired brain injury is facing removal from the country because the home affairs department has ruled his medical costs would unduly burden Australian taxpayers.

Kayban Jamshaad’s case is before Perth’s Administrative Appeal Tribunal where his parents claim that removal to their home country of the Maldives would be a death sentence because he would lose the medical care he needs to survive.

The case highlights one example of how a migrant’s health or disability can affect their visa status.

In this case, as with many others making the news, Kayban’s family had been living happy and productive lives in Australia on temporary visas.

Transitioning to permanent status, however, involves more onerous health requirements that deny visas to people likely to require care or use scarce community resources. Applicants are assessed against their “deemed cost”, regardless of what health or community services they will actually use.

The immigration minister has the power to grant someone a permanent visa if they fail any of the health tests, but only when intervention is in the “public interest”.

Rules are discriminatory, obscure and unfair

Complaints about the migration health rules have focused on their bluntly discriminatory nature and questionable service to Australia’s national interests.

The rules make no distinction between disease and disability: the assumption is both are equally burdensome.

No attempt is made to balance someone’s “cost” against his or her contribution to Australia. The algorithms used to determine cost, including projected costs over time, are also opaque.

Read more: Visa policy for overseas students with a disability is nonsensical and discriminatory

Australia’s discriminatory treatment of migrants with diseases, such as HIV/AIDS, and disabilities is protected by caveats it has created under both domestic and international laws.

Australia has also lodged an “interpretive declaration” to Article 18 of the Convention on the Rights of Persons with Disabilities, which addresses liberty of movement.

Yet the central focus of both the Disability Discrimination Act and the Convention on the Rights of Persons with Disabilities is to acknowledge people with disabilities as rights bearers who are entitled to dignity and equal treatment before the law.

The UN Committee overseeing the Convention on the Rights of Persons with Disabilities has identified the migration health rules as a matter of concern. When Australia appears before the Committee later this month it will be asked to account for the measures.

Tests for HIV and other infectious diseases

In Australia, all visa applicants aged 15 or over must be tested for HIV, tuberculosis and other diseases considered a public health risk.

Australia continues to test for HIV despite comparator countries no longer doing so. 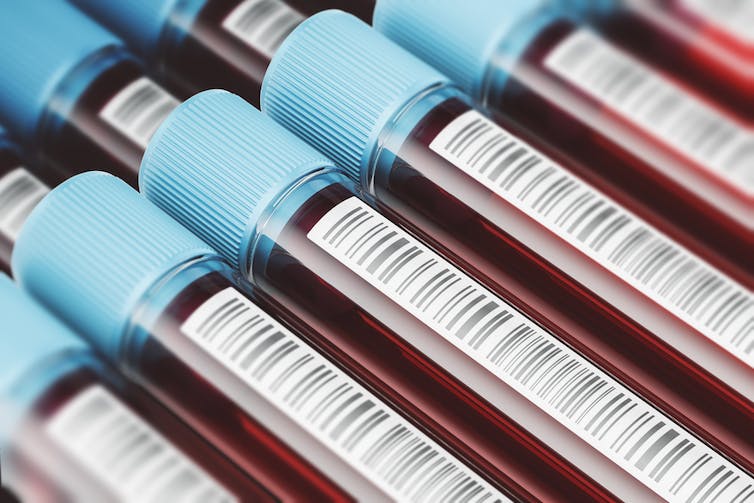 People with HIV are automatically considered a public health risk and cannot migrate to Australia permanently. from www.shutterstock.com

Australia has ignored recommendations from the UN Programme on HIV/AIDS and others to soften its hard stance on people with HIV by abandoning mandatory testing and acknowledging the success and modest cost of available therapies.

Some softening of the rules

Persistent lobbying on the health rules themselves has seen some movement. Although, the government seems to have gone out of its way to ensure modest rule changes in July were made quietly.

In determining whether someone will incur health costs, officials consider a person’s age, state of health and (if relevant) their particular disease or disability.

Before July 2019, virtually all children born with conditions such as cerebral palsy, Down syndrome or autism faced exclusion.

This was because projected health costs were capped at A$40,000, assessed against life expectancy or visa duration.

Children with similar conditions are now tested against a A$49,000 cap over ten years. The changes are modest but offer some hope.

But applicants are still assessed against deemed cost even if they do not access services.

Read more: Explainer: what causes cerebral palsy and can it be prevented?

Australia can ensure immigration does not result in undue burden without ditching fairness and humanity. A good starting point would be “nett benefit” health rules that measure a migrant’s contributions as well as projected costs.

Allowing officials to weigh benefit against burden would also free the minister from endless petitions to personally intervene.