In Dervla McTiernan’s book, The Scholar, published earlier this year, women are consistently used as the “fall guys” for men with high aspirations. Two young women are killed when they uncover fraud. Another female colleague is then framed for the murders.

Before writing crime fiction, McTiernan worked as a lawyer for 12 years, for international companies like the one in The Scholar. Her background lends her book authority, even though it’s fiction.

McTiernan joins a batch of crime writing women bringing professional clout to their books. Others are Kathy Reichs, Patricia Cornwell, Marcia Clark, Alafair Burke, Anne Holt, and Lisa Scottoline. This list is a tiny fraction of the trailblazing authors.

Last week, Elizabeth Farrelly wrote that “crime fiction is the morality drama of our time” that can “heighten and dissect the battle of good against evil enacted daily in our living rooms, cities and streets”. She compared crime books about violence against women with Australia’s deplorable record on domestic violence and rape. 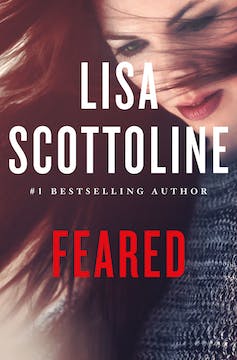 Macmillan In books written by ex-justice professionals, we are asked to examine our cultural and moral compasses. These authors don’t just write about serial killers – who are thankfully more common in the pages of crime books than in real life – they more often focus on murders by spouses, family members or colleagues of the victim. Some push for changes to how rape trials are prosecuted. They focus on the justice system problems that women face, as victims and as professionals. The stories also ask us to question how we perceive professional women. These authors’ characters, who often have much in common with their creators, face a barrage of harassment on the job. Lisa Scottoline’s fictional all-women law firm is consistently targeted by abusive prank callers. In her latest book, Feared, the firm is sued for “reverse” sexual discrimination. What’s the appeal? Australians are avid readers of crime fiction. In a 2017 study, 48.5% of respondents read crime fiction, making it the most popular genre for enjoyment. While researching my book on the topic, I had the opportunity to read Dorothy Uhnak’s fan letters, held at the Howard Gotlieb Archival Research Center at Boston University. Readers (many of whom were prison inmates) repeatedly told Uhnak that her books touched on inequalities in the justice system that rang true for them, and reading her work was therapeutic. Cosy vs hardboiled Female crime writers have historically been pigeonholed as writing “cosy crime” novels as opposed to more graphic masculine representations of “hardboiled” detectives. We are used to reading about women as amateurs, from Agatha Christie’s spinster sleuth, Miss Marple, to Janet Evanovich’s bumbling and untrained bounty hunter, Stephanie Plum. Since the 1970s, more authors have written about women as hardboiled private detectives. 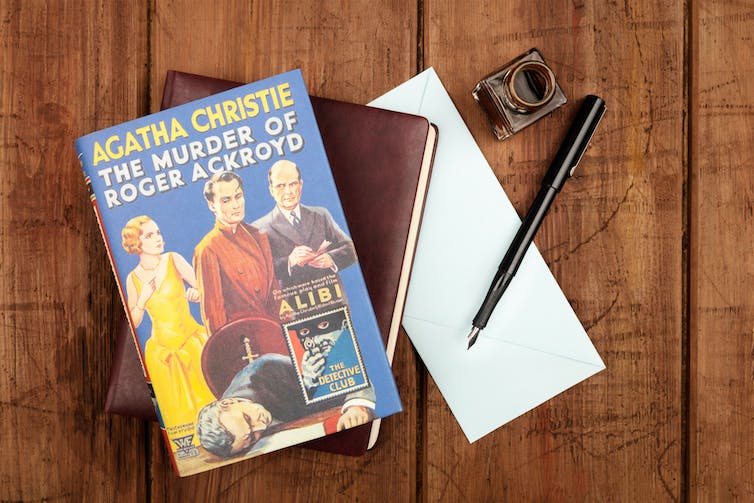 Agatha Christie is acknowledged as the grande dame of crime fiction. www.shutterstock.com Now, we are increasingly seeing women characters in professional roles. When the author is also a professional, she has even more authority. She has “insider knowledge.” Priscilla Walton and Manina Jones surveyed women who read feminist crime series and found that readers identify with the struggles of characters who are realistic professional women. Often, the fictional investigations have similarities to real ones the author has worked on. Central Park 5 prosecutor turned crime author Linda Fairstein received pointed criticism about these similarities. Ruth Rendell and other authors remember being discouraged from writing crime.The force 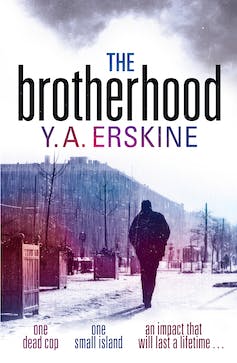 Penguin In Australia, ex-police officer Y.A. Erskine’s debut The Brotherhood tells the story of rookie cop Lucy Howard who is blamed when a senior sergeant is killed on a routine call-out. She can’t join the brotherhood of the Tasmanian police force, because, in her words, she doesn’t have the “standard-issue penis”. She is an outsider inside the system. In Erskine’s follow-up, The Betrayal, Lucy is raped by a colleague. When she makes a complaint, she is vilified and blamed for tarnishing the reputation of the police. The complaint is briefly investigated before being dropped. Another Australian ex-cop writing crime is P.M. Newton. Her debut, The Old School (notice the theme in the titles?), follows Australian-Vietnamese officer, Nhu “Ned” Kelly. She deals with the racism and corruption of her male colleagues before being shot by one of them. Newton’s following book, Beams Falling (a reference to Dashiell Hammett’s Flitcraft parable within The Maltese Falcon), tracks Ned’s struggle with post traumatic stress disorder. While fictional detectives usually bounce back quickly after violence, Ned never fully gets over the trauma, and her work offers little support. Ex-cop Karen M. Davis, has also created a character damaged by her policing experience. Davis’ Lexie Rogers has been stabbed in the neck, and fears facing her attacker in court – a fear exacerbated by her insider knowledge of the justice system. Davis has spoken about how she retired from the police because of trauma, and began writing as a kind of catharsis. Erskine has spoken out about how the rape of Lucy in her books is based on her own unreported rape by a colleague. These authors have seen the inside of the criminal justice system, its flaws and the experience of women within it. They bring this cachet of lived experiences to their crime fiction. Bestsellers by Marcia Clark or Anne Holt could spark moral reflection, validate women’s experiences, and be part of the cultural shift needed to end violence against women.