This article is part of a series on academic freedom where leading academics from around the world write on the state of free speech and inquiry in their region.

Research funding from other industries is increasing too, including food and beverage, chemical, mining, computer and automobile companies. And as a result, academic freedom suffers.

An early career academic recently sought my advice about her industry-funded research. Under the funding contract – that was signed by her supervisor – she wouldn’t be able to publish the results of her clinical trial.

Another researcher, a doctoral student, asked for help with her dissertation. Her work falls under the scope of her PhD supervisor’s research funding agreement with a company. This agreement prevented the publication of any work deemed commercial-in-confidence by the industry funder. So, she will not be allowed to submit the papers to fulfil her dissertation requirements.

I come across such stories often and they all have one thing in common. The blocked publications present the sponsoring companies’ products in an unfavourable way. While the right to publish is a mainstay of academic freedom, research contracts often include clauses that give the funder the final say on whether the research can be published.

Early career researchers are particularly vulnerable to publication restrictions when companies fund their research. Scientific publication is vital to their career advancement, but their supervisors may control the research group’s relationship with industry. 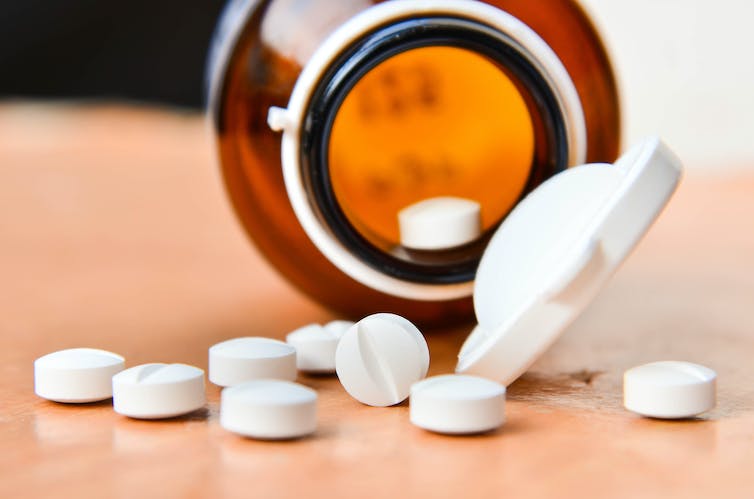 A study found generic drugs were the same quality as branded drugs, which led to the drug company going to great lengths to suppress the findings. from shutterstock.com

Senior researchers can also be vulnerable to industry suppressing their research. In the 1980s, a pharmaceutical company funded a researcher to compare their brand’s thyroid drug to its generic counterparts. The researcher found the generics were as good as the branded products.

The funder then went to great lengths to suppress the publication of her findings, including taking legal action against her and her university.

And there is little institutional oversight. A 2018 study found that, among 127 academic institutions in the United States, only one-third required their faculty to submit research consulting agreements for review by the institution.

The definition of academic freedom boils down to freedom of inquiry, investigation, research, expression and publication (or dissemination).

Read more: Freedom of speech: a history from the forbidden fruit to Facebook

Internal industry documents obtained through litigation have revealed many examples of industry sponsors influencing the design and conduct of research, as well as the partial publication of research where only findings favourable to the funder were published.

For instance, in 1981 an influential Japanese study showed an association between passive smoking and lung cancer. It concluded wives of heavy smokers had up to twice the risk of developing lung cancer as wives of non-smokers and that the risk was dose related.

Tobacco companies then funded academic researchers to create a study that would refute these findings. The tobacco companies were involved in every step of the funded work, but kept the extent of their involvement hidden for decades. They framed the research questions, designed the study, collected and provided data, and wrote the final publication. 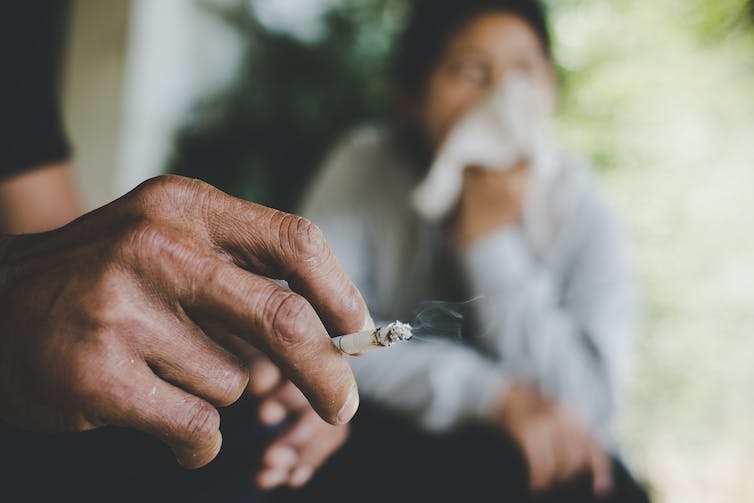 Tobacco companies set up their own study to refute findings of the harms of passive smoking. from shutterstock.com

This publication was used as “evidence” that tobacco smoke is not harmful. It concluded there was no direct evidence passive smoke exposure increased risk of lung cancer. The tobacco industry cited the study in government and regulatory documents to refute the independent data on the harms of passive smoking.

The biggest threat to academic freedom may be the influence industry funders have on the very first stage in the research process: establishing research agendas. This means industry sponsors get unprecedented control over the research questions that get studied.

We recently reviewed research studies that looked at corporate influence on the research agenda. We found industry funding drives researchers to study questions that aim to maximise benefits and minimise harms of their products, distract from independent research that is unfavourable, decrease regulation of their products, and support their legal and policy positions. 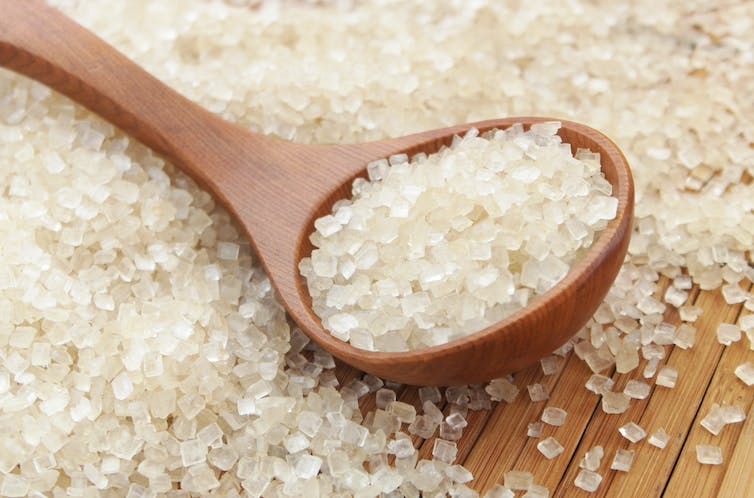 The sugar industry funded university researchers to find evidence that would shift the blame of heart disease from sugar to fat. from shutterstock.com

In another tobacco-related example, three tobacco companies created and funded The Center for Indoor Air Research that would conduct research to “distract” from evidence for the harms of second-hand smoke. Throughout the 1990s, this centre funded dozens of research projects that suggested components of indoor air, such as carpet off-gases or dirty air filters, were more harmful than tobacco.

The paper’s authors suggested many of today’s dietary recommendations may have been largely shaped by the sugar industry. And some experts have since questioned whether such misinformation can have led to today’s obesity crisis.

Coca-Cola and Mars have also funded university research on physical activity to divert attention away from the association of their products with obesity.

How do we protect academic freedom?

In a climate where relations between academia and industry are encouraged and industry funding for research continues to grow, academics must guard against threats to academic freedom posed by industry support.

Academic freedom means industry funding must come with no strings attached. Researchers must ask themselves if accepting industry funding contributes to the mission of discovering new knowledge or to an industry research agenda aimed at increasing profits.

Governments or independent consortia of multiple funders, including government and industry, must ensure support for research that meets the needs of the public.

When research is supported by industry, funders should not dictate the design, conduct or publication of the research. Many universities have and enforce policies that prevent such restrictions, but this is not universal. Open science, including publication of protocols and data, can expose industry interference in research.

Scientists should never sign, or let their institution sign, an agreement that gives a funder power to prevent dissemination of their research findings. Universities and scientific journals must protect emerging researchers and support all academics in fending off industry influence and preserving academic freedom.

Read the first article in the academic freedom series here