How could one of the best pianists Australia has ever produced die lonely, neglected and impoverished in a dilapidated house in suburban Melbourne?

The Eulogy, a documentary written and directed by Janine Hosking examines the life, career and tragic death of Australian concert pianist Geoffrey Tozer, who passed away aged 54 from liver disease.

The film begins with Paul Keating reading the now-infamous eulogy he delivered at Tozer’s memorial almost exactly a decade ago. The speech, which starts out as a celebration of the pianist’s life and achievements, culminates in an attack on Australia’s cultural establishment.

Keating speaks of the arts in Australia as riven with “bitchiness and preference” and “inverted snobbery”. He accuses the Melbourne and Sydney Symphony Orchestras of treating Tozer with “indifference and contempt” and suggests the people “who had charge in the selection of artists during this period should hang their heads in shame”. 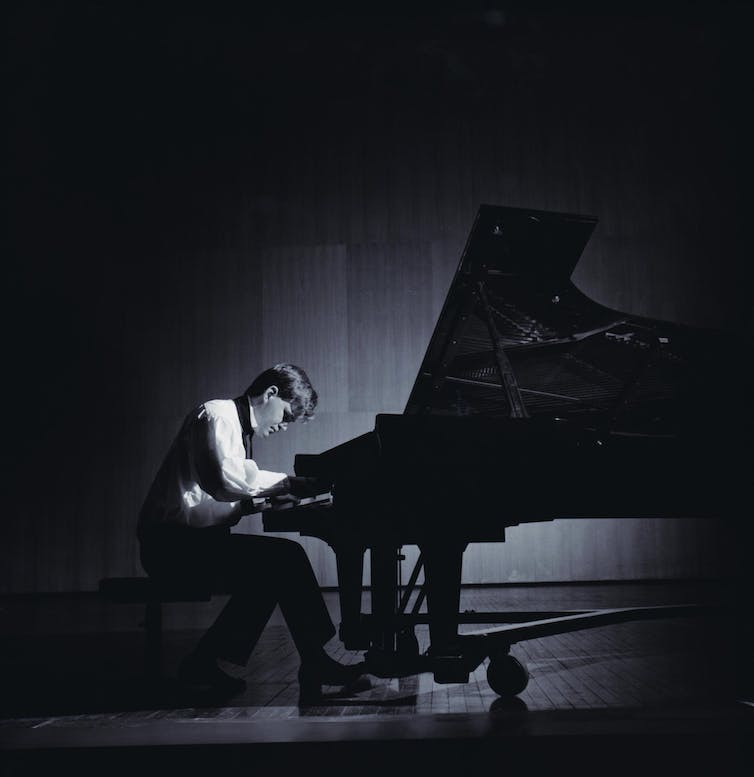 Tozer has been called one of Australia’s greatest pianists. Madman

The late conductor and music educator Richard Gill (who never saw Tozer perform) acts as a first-person narrator for the film as he tries to make sense of Tozer’s legacy and evaluate Keating’s claims.

Gill’s discovery of Tozer is intercut with archival footage of performances and the film’s soundtrack makes extensive use of Tozer’s many recordings. Discussions with friends, family and colleagues together with readings of Tozer’s diary and correspondence draw a sympathetic portrait of the virtuoso musician.

Charming animations guide the film’s audience around the diverse locales of Tozer’s life story. These places range from pre-partition India, Tasmania, Melbourne, London, Canberra (where he first met Paul Keating) to a disastrous misadventure in Queanbeyan in NSW where Tozer tried unsuccessfully to convert a convent building into a music conservatory.

Suburban Melbourne becomes a visual metaphor for Tozer’s ignominy, with images and descriptions of his final dilapidated house intercut with explorations of the Tozer archive – a repository lovingly curated, but nevertheless located in little more than a converted shed.

Video footage of Tozer being interviewed reveals a softly spoken and clearly insular man who struggled with the burden of expectation placed on child prodigies. The film offsets a sense of indignation at the purported neglect Tozer suffered with a compassionate account of his personal struggles and alcoholism. Keating’s claims are not allowed to stand untested and a picture emerges of a talented musical genius with limited life skills.

The film raises important questions about the significance of Tozer in our cultural canon, the duty of care held by Australia’s cultural institutions, and the precarious and vexing nature of talent. 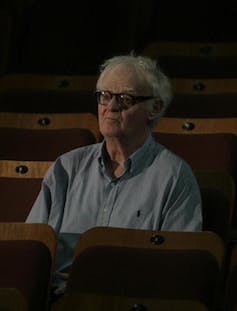 Conductor Richard Gill narrates the film and his own discovery of Tozer’s legacy. Madman

The audience is left in no doubt Tozer was indeed a world-class musician. Gill’s journey comes to a climax when – by candlelight in that Queanbeyan convent building – he listens for the first time to Tozer’s performance of a concerto by the Russian composer Nikolai Medtner.

Tozer’s advocacy for and recordings of this previously almost unknown Russian master are widely praised and stand as one of his greatest achievements. The film’s presentation of this recording highlights Tozer’s extraordinary artistry. By staging the scene at the convent, the filmmakers juxtapose a musical triumph with his personal failure.

In its interrogation of Keating’s accusations against the Australian arts establishment, the film delves into the tragedy of Tozer’s personal life. It argues Tozer’s mother – with a combination of hot-housing, impossible expectations and lifelong codependency – denied him a normal childhood. This meant the pianist, following his mother’s death, could not deal with the adult world and used alcohol to cope.

A compassionate examination of what appears to be Tozer’s only romantic relationship – albeit a short one – gives the audience insight into the extent of his personal dysfunction.

Tozer at the piano a few years before his death.

The neglect Tozer suffered from Australia’s leading orchestras in the last 15 years of his life comes across less as “inverted snobbery” or the Tall Poppy Syndrome, but the stark reality of the requirements of working in any creative profession.

Orchestras schedule concerts two years in advance and must necessarily work with musicians they can rely on. Though clearly a genius, Tozer ultimately lacked the personal stability essential to success in the arts.

In searching for an antagonist and settling on Tozer’s mother, the film misses an opportunity to interrogate Western culture’s awkward relationship with notions of talent.

Although educationalists tout ideas of a growth mindset and the notion talent is not fixed, research into musical prodigies affirms genetics, a singular focus and a specialised educational environment are often a prerequisite to a talent like Tozer’s.

We can’t reasonably laud Tozer as a prodigy and musical genius while also casting his mother (who was also his first piano teacher) as a villain.

The Eulogy is an engaging and ultimately evenhanded evaluation of the life of a great Australian musician and a complex personality. As one of Richard Gill’s many former students myself, the death of the film’s narrator in October last year made the film still more poignant.

The Eulogy opens in cinemas today.