This weekend saw protests at Caulfield racecourse, following a shocking report last week on the ABC’s 7:30 program on the fate of thousands of racehorses in Australia.

It is a confronting wake-up call for an industry already struggling to maintain its social license to operate.

Dozens of horses were recorded killed at a Queensland abattoir during a single week, some in distressing circumstances. Appalling footage has prompted many to ask how horses that have earned so much money for their breeders and owners end up being slaughtered at abattoirs or knackeries – and why there are so many horses facing this fate.

Read more: Why horse-racing in Australia needs a social licence to operate

The core problems here are enforcement of existing rules, the sheer volume of horses being retired from racing and the difficulty of tracing these horses to ensure proper treatment. 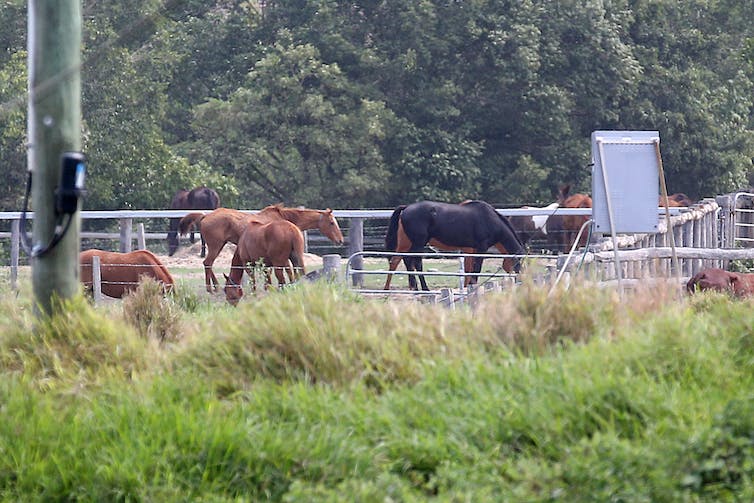 While there are rules in place to protect retiring racehorses, these rules are obviously neither being met nor enforced. This is a huge problem that needs to be addressed immediately.

There are no mandatory welfare standards for racehorses and so legal protection is limited to the minimal requirements under state based animal welfare legislation. The industry is largely self-governed through state-based racing authorities.

The Australian Racing Board manages horse racing in Australia with each state’s racing authority agreeing to follow, and enforce, the Australian Rules of Racing. These rules state that during their racing careers, horses are not to be euthanised or destroyed unless a vet surgeon has certified in writing that this is necessary on welfare or safety grounds, or otherwise under extreme circumstances and with subsequent vet confirmation.

Different jurisdictions may have different rules for post-career welfare. New South Wales, Victoria and the Australian Capital Territory all require owners or trainers notify their relevant authority when a horse is retired.

Queensland’s racing authority has no specific rules around retiring horses. However the Queensland Racing Integrity Commission, an independent body created in 2016, has guidelines for rehoming retired racehorses that say:

For owners, it is your responsibility to provide for the continued welfare of your horse after retirement.

In New South Wales and the Australian Capital Territory, regulations also require the seller supply the new owner’s details and indicate the new location meets basic welfare standards – and that horses not be sent to an abattoir, either directly or indirectly.

Under these rules, horse managers and owners are responsible for finding homes for these horses. Such homes may include breeding purposes, equestrian, working, pleasure or companion horse situations, or other options approved by an authority.

In the absence of a coherent national policy for retiring racehorses, it’s not immediately clear which rules are being broken by whom – although the Queensland abattoir in the 7.30 Report received many horses from other states, including NSW. However, it is apparent something is going terribly wrong. 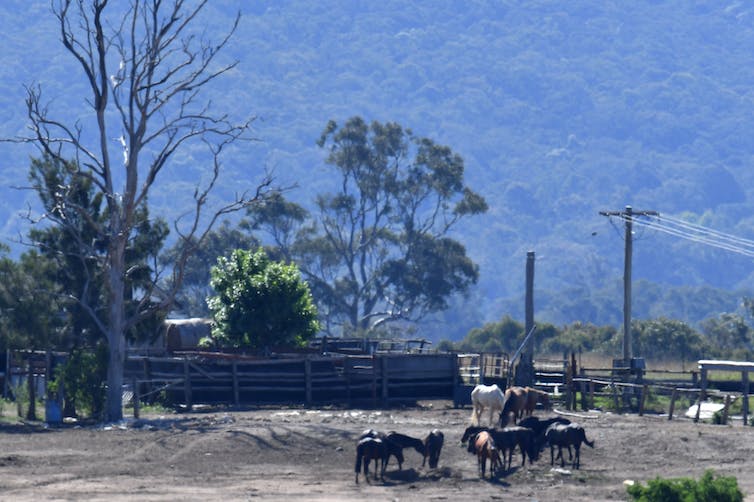 Horses can be seen in a paddock at Luddenham Pet Meat in the western suburbs of Sydney. An ABC investigation has revealed the widespread slaughter of racehorses for pet food and human consumption at abattoirs and knackeries in New South Wales and Queensland. AAP Image/Dean Lewins

There are more retiring horses than suitable homes

The next problem relates to the sheer number of horses that need homes after racing careers, and the number of suitable homes available. While we don’t have exact numbers, the RSPCA estimates some 800 racehorses retire in Australia each year.

Racing NSW established an Equine Welfare Fund in 2016, which receives 1% of all prize money from Thoroughbred races in NSW, as well as public donations. They suggest owners wanting to re-home horses advertise the animals online, on sites such as Gumtree and Horsezone. They also advise setting a minimum price of at least $500, to “reduce interest from knackeries and abattoirs”.

Racing Victoria also has a welfare fund that receives 1% of prize money in that state.

The problem is that horses are large, potentially dangerous animals and require expert – and expensive – handling and care. When horses are bought by people who lack the expertise, facilities or financial support required for careful re-training the outcome for the horse is poor, and usually results in the torturous journey through the sale yards to the slaughterhouse.

A big risk to welfare is the perceived zero value of the post-racing Thoroughbred. These horses are treated very differently when they are making money. 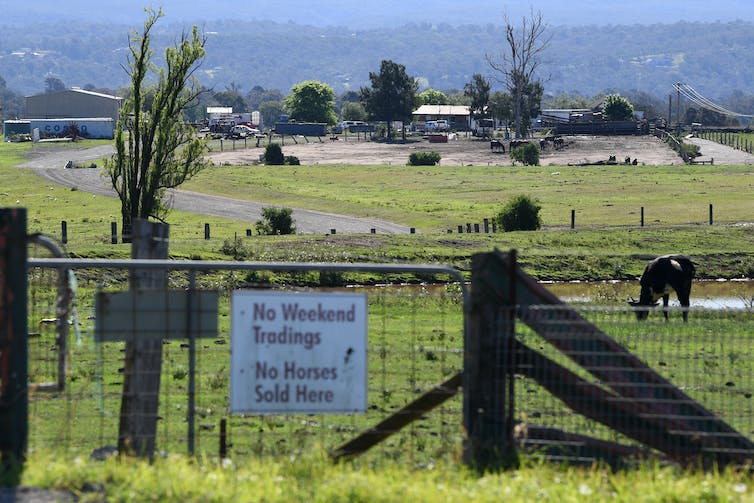 The entrance to Luddenham Pet Meat in the western suburbs of Sydney, on October 18, 2019. AAP Image/Dean Lewins

One obvious and immediate solution is more funding to better enforce existing regulations. This could involve cracking down on owners who move horses across state borders to avoid stringent regulations, for example.

But another problem is following up with horses to check their post-racing welfare. If a former racehorse is sold in good faith to a new owner who does not realise the level of care or expense in retraining their new animal to be a riding companion, there is currently no way to ensure the horse is sold on to a more suitable owner.

Advocates are already arguing for a National Horse Traceability Register to prevent beginner riders ending up with potentially dangerous horses. The benefits of a national traceability register include improvements in animal welfare and biosecurity, as well as transparency and integrity in horse trade.

Last week, researchers at the University of Sydney (including one of us) launched a program and app called the Equine Behavior Assessment and Research Questionnaire (E-BARQ). E- BARQ is set up so racehorse breeders and owners around the world can enter data on their horses from birth, and owners and trainers of racehorses can submit results on the same horse on a six-monthly basis.

Read more: Is your horse normal? Now there’s an app for that

E-BARQ will provide rich data to researchers, breeders, owners and trainers on how these horses are adapting to their new environments. We expect it will confirm that measures to assure retiring racehorses’ future welfare need to be implemented at the beginning of their careers, not the end.