A miscarriage is a devastating event. Those who experience them are suddenly and unexpectedly robbed of the promise of new life and the dream of an expanded family. The emotional toll can be even greater if conception was delayed, or if fertility treatments were required to achieve a pregnancy.

Many health providers have considered miscarriage as “nature’s way”, not fully acknowledging its emotional and psychological effects on those who have lost a pregnancy.

Fortunately, this view is changing, and there is increasing advocacy for research into the causes, prevention and management of miscarriages. But there remains a long way to go.

Read more: The dos and don'ts of supporting women after a miscarriage

Why do miscarriages occur?

Miscarriages are common, affecting 15-20% of pregnancies worldwide. Many couples find it too painful to discuss and are often unaware their relatives, friends or work colleagues have also experienced a pregnancy loss.

Often women who miscarry will experience feelings of guilt, contemplating every possible reason their pregnancy may have ended. But miscarriage is very rarely caused by anything the mother did.

Some miscarriages may be caused by endometrial problems; any one of a number of factors that alter the response of the lining of the womb (endometrium) to the developing placenta.

These could include an irregular uterine shape, hormonal imbalances like a thyroid disorder, the presence of antibodies that make it hard for the placenta to develop (called obstetric antiphospholipid antibodies), metabolic problems like diabetes, blood clotting disorders, vitamin deficiencies, and lifestyle factors such as smoking. However, the precise impact of these factors requires more research.

Having a pregnancy with too many or too few chromosomes is the main cause of miscarriage. Roughly 50% of miscarriages are thought to be due to chromosomal problems, however this proportion increases with age. This is because eggs stored in the ovaries are vulnerable to damage over time.

An embryo with an abnormal number of chromosomes will either not implant in the womb and cause a delay in conception, or will miscarry. The only exceptions are embryos with too many copies of chromosomes 21, 13 or 18, which can result in a child with a chromosomal disorder, such as Down’s syndrome. 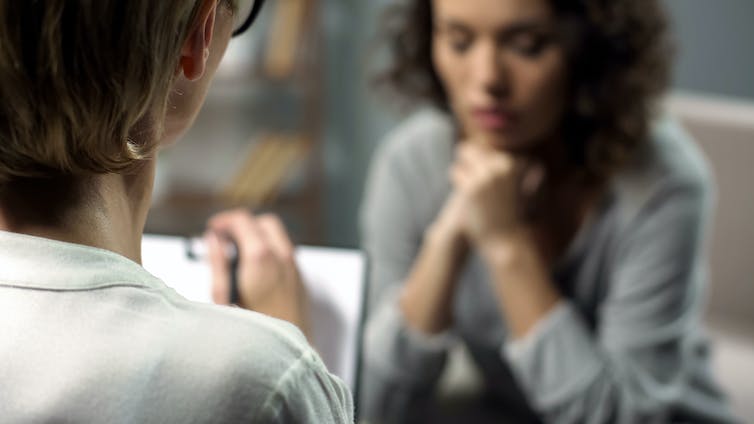 When a woman has repeated miscarriages, doctors will investigate possible causes. From shutterstock.com

Does age make a difference?

Although paternal age does contribute, maternal age has a more significant impact on the likelihood of pregnancy loss.

As women get older, they are left with fewer eggs with a full complement of chromosomes. When women try to have a baby in their late 30s and 40s, they have a higher chance of fertility problems and miscarriage.

The age-related risk of miscarriage disappears if a genetically normal embryo created using IVF technology is transferred into the womb. With these embryos, pregnancy in an otherwise healthy 40-year-old woman using her own eggs has the same risk of miscarriage as that of a 25-year-old.

When couples have more than one miscarriage, it’s called recurrent miscarriage. We try to work out if these miscarriages have occurred by random bad luck, or whether there’s something else going on.

The most recent European recommendations suggest testing for causal factors after two miscarriages. The Royal Australian and New Zealand College of Obstetricians and Gynaecologists recommends investigating after three miscarriages.

If tissue from a miscarriage is available, we can determine if the foetus had the correct number of chromosomes. If we diagnose a chromosomal abnormality, this is a non-recurrent cause and it may be bad luck it has happened more than once.

If the foetal chromosomes were normal, we would focus on tests that identify endometrial or placental factors that may be causing recurrent miscarriages.

The main tests known to help include tests for obstetric antiphospholipid antibodies (the antibodies that make it hard for the placenta to develop), uterine abnormalities, and disorders of the thyroid gland. 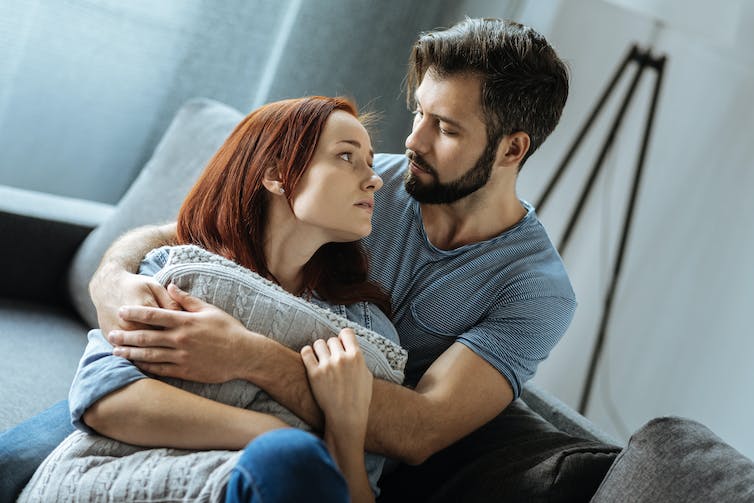 People who have experienced a miscarriage will need support. From shutterstock.com

DNA damage in sperm also contributes to miscarriage, so we may offer sperm DNA damage tests to male partners, as well as tests for hormone, metabolic and genetic disorders.

We also consider looking inside the womb (called a hysteroscopy) or performing a three-dimensional ultrasound to ensure there isn’t a structural problem we can fix, like a polyp.

How is miscarriage treated?

We then explore ways of helping couples modify their lifestyle and dietary choices such as reducing smoking, alcohol, drug use and modifying high sugar diets to improve the quality of the eggs, sperm, embryos and the cells lining the womb. Vitamin deficiencies are also corrected.

Antiphospholipid antibodies can be treated with aspirin and a blood thinner. Uterine abnormalities respond to surgery, and thyroid disorders are treated by supplementing hormones.

If genetic abnormalities are detected in the patient or her partner, a referral to a geneticist is needed. Couples may consider IVF so they can genetically test their embryos before they are introduced into the womb.

Foetal chromosomes are currently tested by growing cells from miscarriage tissue in the lab over a few weeks, but sometimes the cells won’t grow. New chromosome tests using DNA extracted from cells are available and may prove more reliable and accurate.

Read more: Considering using IVF to have a baby? Here's what you need to know

With more funding, research on miscarriage could deliver better tests and more evidence-based treatments. This, in turn, could change clinical practice and improve pregnancy outcomes.

At the same time, people who have experienced miscarriage are at greater risk of post-traumatic stress disorder, depression and anxiety, so it’s important there’s a focus on providing support, alongside continued research.

If you’ve experienced a miscarriage, you can access support at Pink Elephants.