The Royal Commission into Aged Care and Safety wasn’t supposed to make any recommendations in its interim report. Yet it identified three key areas where immediate action should be taken.

Responding to the over-reliance on chemical restraint was one. The second and third focused on providing more home care and reducing the number of younger people in aged care homes.

As one way to address chemical restraint, health minister Greg Hunt this week announced doctors will soon have to justify why a patient needs to have the drug risperidone for more than 12 weeks.

But this move is yet another quick fix that won’t solve this complex problem.

What is chemical restraint?

involves the use of medication to influence a person’s behaviour, other than medication prescribed for a diagnosed mental disorder or a physical condition.

With 86% of aged care residents currently diagnosed with a mental health or behavioural condition, it’s difficult to determine whether a medication is used to treat a person’s symptoms or to control their behaviour. It may well be both and is open to individual interpretation.

The agents most commonly used to provide chemical restraint in aged care are antipsychotics (risperidone, quetiapine and olanzapine) and benzodiazepines (oxazepam and temazepam). Other psychotropics, such as sedating antidepressants (such as mirtazapine) and anti-epileptics, are also used to restrain residents.

It is important to acknowledge that some residents with behavioural symptoms of dementia may require a low dose of antipsychotic if they are severely distressed or at risk of harming themselves or others. About 20% of people with dementia displaying aggressive behaviour will improve when prescribed these.

But behavioural symptoms change over time. So the use of antipsychotic medications should be reviewed every 12 weeks, with a view to stopping. 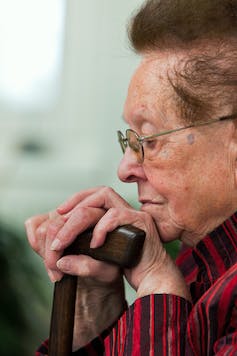 People on antipsychotic medications should have regular reviews. Lisa S/Shutterstock

Risperidone is the only antipsychotic licensed in Australia to treat behavioural symptoms of dementia. It’s authorised and subsidised for use in Alzheimer’s disease, when non-drug treatments have failed – and only then for 12 weeks.

However, the drug is used for far longer periods, with one study reporting the average duration exceeds two years.

In my national study looking at psychotropic use, 22% of residents were taking antipsychotics – of these, more than half were taking risperidone. Judging from these high rates of use, it’s likely risperidone is prescribed for people with other types of dementia and as a first-line treatment.

Risperidone is currently authorised and subsidised for only 12 weeks. It’s available under a “streamlined authority” system, meaning clinicians can easily prescribe it just by using a numerical code.

Use is not audited so prescribers have unrestricted access.

The health minister now wants to make it tougher for prescribers. After 12 weeks of use, they will have to phone Services Australia (formerly known as the Department of Human Services) and explain why they need to use it for longer.

But this response won’t solve the problem because it doesn’t address the root cause.

It also fails to curb the high use of other antipsychotics and other psychotropics.

In the short term, restricting access may reduce the use of risperidone. But it’s very likely other sedatives will be prescribed instead. This is what happened when a warning about using risperidone was released in 2015.

The use of other agents, especially oxazepam and quetiapine, rose as a result. And by 2019, overall risperidone use has returned to original levels. 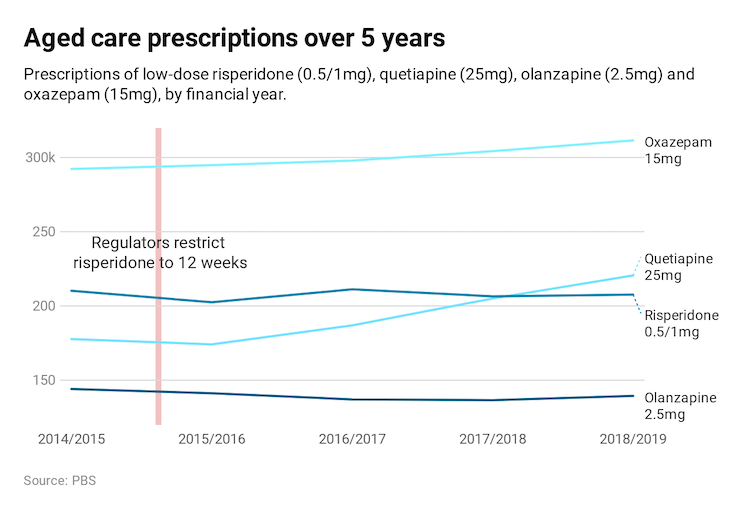 Targeting prescribing also implies doctors are to blame. It’s not that simple. Other influences also drive prescribing of these drugs. In a 2017 survey of 177 GPs, for instance, 91% said they had been pressured to prescribe psychotropics by staff. They said they often prescribed these drugs due to of a lack of staff and training on other ways to deal with these types of symptoms. So what needs to be done? After many years of research into this area, here’s what needs to be done to reduce chemical restraint in aged care homes. First, we need to increase training and support for staff and health professionals on how best to manage behavioural and mental health symptoms, before reaching for the script pad. It’s vital to first assess for causes (such as pain, infection, other medication) and to provide activities matched to the resident, communicate effectively and enrich their environment. Second, audits, feedback of use and reviews are needed for staff, management and prescribers to monitor their psychotropic use. These audits need to be publicly available to hold homes to account. Third, nurses at aged care homes need to be part of the medication review process, along with the GP and pharmacist. At present they are excluded. This doesn’t make sense, as they assess behaviour, request, monitor and administer psychotropic medication. 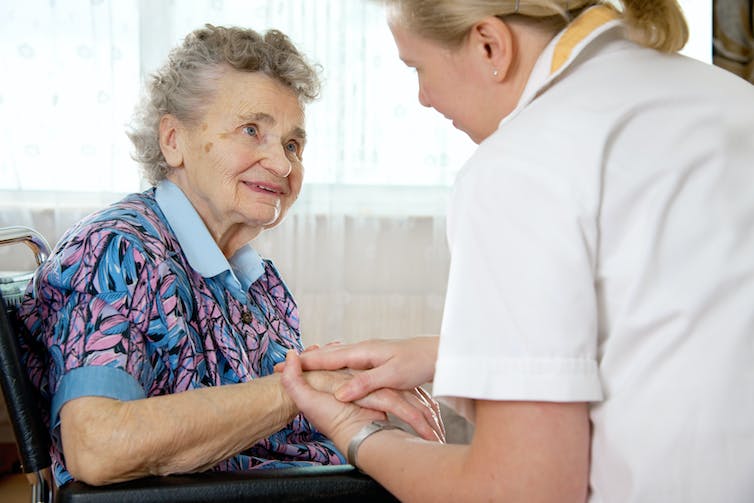 Nurses should be involved in the medication review process. Alexander Raths/Shutterstock From 2014 to 2016, I led a national intervention called RedUSe, which promoted all three strategies in 150 aged care homes around the country. Nearly 40% of residents taking antipsychotics and benzodiazepines reduced their use, with most stopping them outright. This provides strong evidence this combination of strategies can reduce the use of chemical restraints. Read more: Antipsychotic drugs harm older people, let's reduce their use There is little evidence, however, that restricting prescribing of a single psychotropic, as Minister Hunt suggests, will have any impact at all.