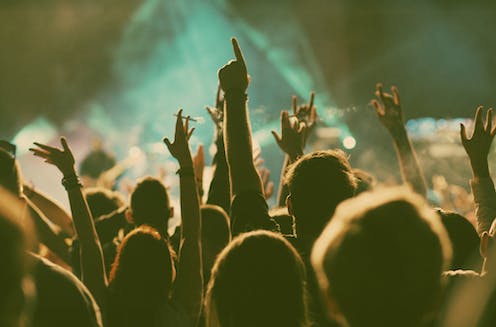 In the report, Deputy State Coroner Harriet Grahame recommends pill testing, a ban on sniffer dogs and a reduction in the number of strip searches, among other measures to prevent deaths.

These evidence-based strategies for harm reduction are to be applauded. But it remains to be seen if the NSW government will change its stance on drug use and harm reduction to implement the coroner’s recommendations.

Read more: How does MDMA kill?

The inquest examined the deaths of six young people who died during or just after attending music festivals in NSW between December 2017 and January 2019.

All died as a result of taking MDMA or ecstasy. Five of the six also had other drugs in their system.

In the report, Grahame said:

It can be hard for the community to grapple with some of the underlying issues when drug use is illegal and drug users are stigmatised. It is difficult to properly explain the potential risks to young people if our only permissible message is “just say no”. While we continue to hide the true extent of drug use, it remains inherently more dangerous.

However, Grahame noted the NSW government had already put in place, since these deaths, a range of measures including more formalised emergency medical responses at festivals and clinical guidelines on how to manage drug incidents before the person reaches hospital.

She also noted festival organisers had implemented strategies that improved safety since these deaths.

What did the coroner recommend?

The coroner recommended the government introduce drug checking, which includes a range of approaches designed to test the content of illicit drugs and alert people to dangerous substances. She said the evidence for it was “compelling”.

These approaches include mobile facilities at festivals to test drugs brought by festival goers with direct feedback to them, sometimes referred to as “pill testing”.

Grahame recommended a mobile unit at festivals and other events to test drugs acquired by police.

She also recommended a fixed site facility. This is a permanent site, outside the festival, where people could bring drugs to be tested and receive harm-reduction advice.

These recommendations are a significant step forward and would place NSW in line with international best practice.

Grahame recommended stopping the use of drug sniffer dogs at festivals because of the harm it causes.

This includes festival goers taking drugs before the festival (pre-loading), taking double the dose, or panicking and taking drugs quickly to avoid detection.

Read more: It's time to change our drug dog policies to catch dealers, not low-level users at public events

She also recommended strip searches should be used only in extreme circumstance.

Risky ingestion and secretion, trauma especially when coupled with strip search and the destruction of trust between young people and police are all serious concerns.

She said the NSW police commissioner should issue operational guidelines to direct how police should exercise their discretion with illicit drug use and possession at festivals. She encouraged police to engage more positively and not to take punitive approaches with festival goers.

Read more: Unlawful strip searches are on the rise in NSW and police aren’t being held accountable

These recommendations are key because it’s important stakeholders work together with the best interest of young people at heart. Our best approach, as the coroner has indicated, is to keep young people as safe as possible in the short period in which they experiment with illicit drugs.

She also recommended improved drug education for young people and their parents.

Policy on alcohol and other drugs is largely the responsibility of the states and territories. So, it will be up to the NSW government to implement most of these recommendations.

However, the government has already shown strong opposition to what we know works to reduce harms (like drug checking) and escalated what we know increases harms (like drug dogs and strip searches). We need to wait and see whether it can find a way to re-adjust its position on drug use and harm reduction and follow the coroner’s recommendations.

If this happens, NSW will be among the most innovative and evidence-based states in Australia on drug policy, and among leaders globally.