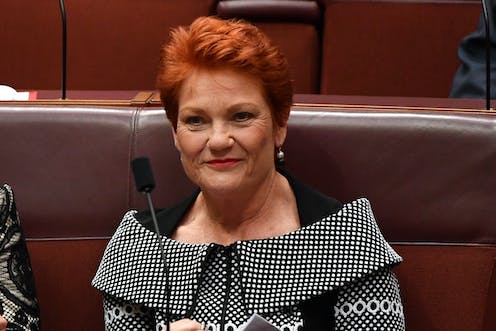 The Morrison government hates being publicly humiliated. So its fury at unexpectedly losing its Ensuring Integrity legislation on Thursday isn’t just because the bill – targeting recalcitrant unions and officials - is core business.

It’s also the embarrassment of being, as Senate leader Mathias Cormann put it, “absolutely blindsided”.

When Pauline Hanson and her Senate colleague Malcolm Roberts lined up with Labor to vote against the bill, which was lost on a tie, the government was caught completely unawares.

It’s one thing to lack the numbers to control the Senate, quite another not to see a disaster about to hit you.

If the vote hadn’t seemed in the bag, the Coalition wouldn’t have brought the bill forward. Going down in heroic defeat is not its preferred modus operandi.

Incandescent with rage, the government on Friday was suggesting a possible One Nation deal with the CFMMEU; insisting Hanson had looked multiple ministers in the eye and flagged support for the bill, and claiming there were text messages to back its case.

Industrial relations minister Christian Porter said he’d been through weeks of negotiation with Hanson and Roberts. “I considered that the process was to be conducted in good faith but I think ultimately, that was an error in judgment,” he said with more than a touch of bitterness.

“Why would you propose 11 amendments to a bill, ensure that the entirety of the week in the Senate was devoted to debating the very amendments that you, One Nation, put up, and then ultimately to have them all accepted and not support the bill? I’ve actually not seen anything like it. It is exceedingly strange.”

It is a reasonable point.

But Hanson is equally insistent that “at no stage did I tell them they had my guaranteed vote on it”.

“They took me for granted,” she said on Friday. (She does admit saying to the government to bring the bill on.)

So why had she worked so hard to the end to get her amendments, including voting with the government on them? According to the Hanson camp, so that if the bill passed, its impact would be softened.

It is easy to assume that Hanson would naturally incline to this legislation. But there are reasons why that would not necessarily be her default position, and opponents of the legislation put in a lot of work to ensure it wasn’t.

One part of her populist base includes low income workers disillusioned with Labor, some of whom would be dubious about legislation critics cast as anti-worker and say could be used well beyond just attacking rogue unions.

With the Queensland election coming up next year, Hanson has reason to keep an immediate eye on these voters. And a strong interest in dissuading unions from campaigning against her.

The union movement has been lobbying very actively in Canberra, showing its softer (and female) face, seeking to counter the government’s argument that this is just about thugs, and warning benign unions might be caught in the net.

Labor’s Anthony Albanese bought into the effort to persuade Hanson to vote against the bill, inviting her for afternoon tea in his office on Monday. Hanson says he went to her office just before the vote but she was too caught up to see him and he was turned away.

A range of factors fed into Hanson’s final position, including her concern about the administrators who might be put into unions (which Porter said she didn’t raise in their discussions), her dissatisfaction with some of Scott Morrison’s comments on Westpac, and her discontent with the entry of foreign workers under trade agreements.

The bill needed only one more vote to get through. Some time ago the government thought it would get that from Jacqui Lambie, after she said she would support the legislation if construction union official John Setka didn’t resign his union position.

A primary target of the bill is the CFMMEU and Setka (although it is not retrospective).

Setka is still in place, but Lambie voted against the legislation. She lamented on Friday the government hadn’t paid her enough attention, suggesting if it had, it might have got somewhere. Apparently the government did make an effort, but getting face time with Lambie proved to be difficult. She put in some amendments at the last minute, which Porter says were “totally unworkable”.

The government will reintroduce the legislation next week, the last of the parliamentary year. This is a gesture to signal determination more than anything else, because there is no opportunity to have it considered before the new year.

Necessity means by then the government will have swallowed hard and be ready to settle down for another round of battle, if the signs look at all promising. Militant unions have won a reprieve but they remain in the government’s sights.