Most Australians know cyclones can cause serious damage to housing. Insurance premiums in cyclone-prone regions are among the highest in the country. Unfortunately, things are likely to get worse before they get better.

Some predict as many as 10% of houses in Australia may become “uninsurable” by 2100. However, the good news is home owners can do many things to reduce cyclone risk. Even better, this will help reduce their insurance premiums.

The start of cyclone season should remind many Australians to start preparing. Home owners are usually told to trim their trees and prepare their emergency kits. While these activities can help keep people safe during and after a cyclone, it’s just as important to improve resilience for the long term. Consider adding cyclone shutters, upgrading older roofs, etc. 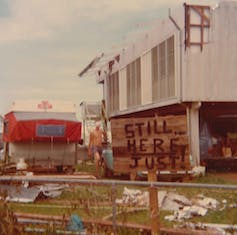 Following Cyclone Tracy, all houses built in cyclone-prone regions since 1982 have cyclone-ready roofs, but many older ones don’t. John Coomber/AAP

Unfortunately, it often takes a disaster to motivate change. Following Cyclone Tracy, which devastated Darwin in 1974, Australia developed a much stronger building code. As a result, all houses built in cyclone-prone regions after 1982 have cyclone-ready roofs. This has reduced damage to these newer houses in cyclones.

But many houses still do not have cyclone-ready roofs – up to 60% in Queensland. In addition, post-cyclone damage surveys have shown all houses – not just older ones – are vulnerable to broken windows and damage when water gets inside (e.g. wind-driven rain). 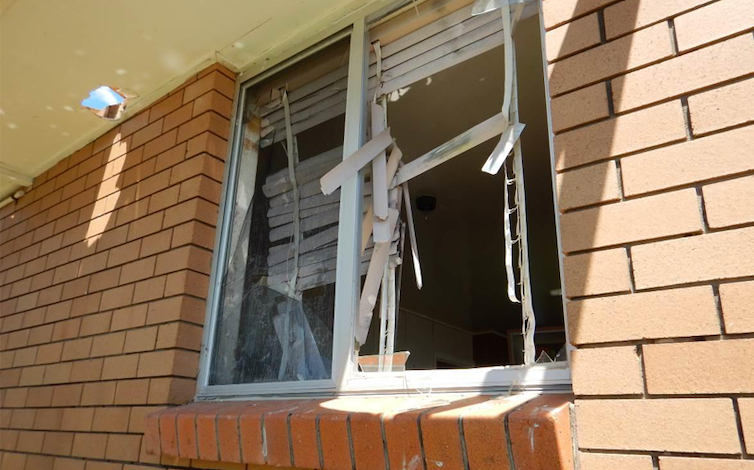 Our research recently examined how Queensland home owners think about these measures and how to get more people to implement them. The main findings (see full reports part 1 and part 2) suggest a need to improve both messaging and policy.

How can we improve messaging?

One way to encourage preparedness is to get people to think and talk about cyclones more often – not just once a year when the cyclone season starts.

Installing structural upgrades takes time. It is too late to upgrade a roof when a cyclone is approaching.

Cyclone wind speeds differ greatly depending on distance from the eye of the storm. So while the same cyclone may affect people living in different towns, not everyone will experience the same wind speed.

For example, while people in Townsville experienced Cyclone Yasi (a category 5 cyclone), the wind speed in Townsville was equivalent to a category 2 cyclone. But this information was not easily accessible. This may explain why 74% of the people we surveyed recalled that wind speeds from Cyclone Yasi were at least one category higher than what they experienced in their location.

We should, instead, provide people with location-specific information about cyclones. This will allow people to make more informed decisions about their own level of risk.

Acknowledging cyclones as a threat is one thing, but home owners need to be convinced that structural upgrades are useful. Without experiencing a broken window, for example, it is difficult to imagine why cyclone shutters would be useful.

We need to show people structural upgrades reduce damage and keep them safe. A video, like the one below, is one way of showing this.

A demonstration of the force of a cyclone’s winds.

Improved messaging is only one side of the story. Although measures to reduce cyclone damage are cost effective overall, many home owners see structural upgrades as too expensive. For example, a full roof upgrade can cost around A$30,000.

Our research found owners are more likely to install structural upgrades if they consider it a worthwhile investment. Subsidising the price of these upgrades is one way to help with the upfront costs.

The Queensland government’s recent Household Resilience Program was one example of a policy that promoted structural upgrades. Under this program, lower-income homeowners could receive grants of up to A$11,250. It was so popular that it created market competition among builders, which lowered the price of roof upgrades.

Like most campaigns to change behaviour, promoting structural upgrades will require both policy and messaging changes. If we want to reduce damage in the North, we need to think about cyclones as a long-term threat and remember that preparation starts before the cyclone season begins.