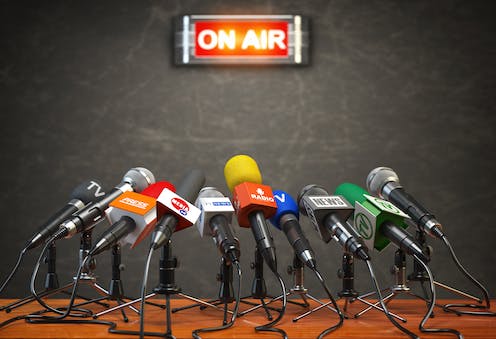 New Zealand’s broadcasting sector, both public and commercial, is facing the biggest structural upheaval in a decade.

The latest report on New Zealand media ownership, compiled by the Journalism, Media and Democracy Research Centre, shows the country’s commercial television broadcasting sector is in serious trouble. In October, commercial TV broadcaster MediaWorks put its television arm up for sale. The pay-television company Sky TV invested heavily in rugby broadcasting rights, but without paying a dividend to shareholders.

Public broadcasting faces an even bigger change as the government ponders a complete restructure. The proposal is to disestablish both the public interest radio broadcaster RNZ (Radio New Zealand) and the commercially funded television broadcaster TVNZ to create an entirely new public media entity.

TVNZ chief executive Kevin Kenrick has argued the government’s intention is to “strengthen the public media – not weaken commercial media”. But the likely consequences will be the loss of hundreds of journalism jobs and less quality news.

Doing nothing is not an option

The restructuring of state-owned broadcasting comes on the back of TVNZ’s earlier announcement that it will not pay a dividend to the government – even though its only mandate is to make a profit and pay that dividend.

The government is expected to announce its plans for the new public media entity before Christmas. Its advisory group has suggested TVNZ and RNZ operations should be disestablished and a mixed funding model used to support the new broadcasting company. A mixed model would allow the broadcaster to fund parts of its operations through advertising, sponsorships and partnerships. It remains to be seen if the government follows that advice.

The Swiss Broadcasting Corporation has a mixed funding model, but last month confirmed plans to reduce its workforce by 200 as one of several measures to tackle its financial crisis. Whatever broadcasting model emerges in New Zealand, Prime Minister Jacinda Ardern has said doing nothing is not an option.

In many countries, including Ireland, public broadcasters have already hit an “existential financial crisis”. In 2019, Ireland’s public broadcaster, RTÉ, warned it would not survive without a government rescue plan. In 2018, Danish public broadcaster DR announced up to 400 job cuts and closures of three television channels and three radio stations as part of a media reform package.

New Zealand’s commercial broadcasting news operations are in serious trouble as a consequence of streaming services flooding the market. In this environment, monetising television viewers has become ever more challenging.

My research in digital journalism shows media companies and platforms compete for attention, which has become a scarce and fluid commodity.

In this context it’s not surprising MediaWorks is trying to sell its television arm. At the time of writing, no buyer had emerged for the loss-making television business.

The pay-television company Sky TV is also struggling as it competes against telecommunications company Spark in sports broadcasting. Sky’s business model has been affected by a number of streaming services entering New Zealand (including Disney+ and Apple TV).

In November, Sky TV warned that its 2020 revenue will fall NZ$45 million compared to 2019. For the financial year 2019, the company did not pay a dividend to shareholders. Its share price fell 66% between November 2018 and November 2019.

While the fate of public broadcasting is in the hands of the government, the future of the commercial television sector will be decided by private equity firms, investment managers and financial shareholders.

This means potentially more asset stripping, job cuts and restructuring of businesses. As many have observed, private equity firms have become ruthless media barons as they attempt to extract value out of already distressed media assets. Since 2011, the New Zealand Media Ownership reports have warned that media companies are vulnerable as private equity financiers do not have an interest in news or newsrooms.

In 2019, Australian Quadrant Private Equity and American Oaktree Capital have become joint owners of MediaWorks. Quadrant announced it was buying Australian outdoor advertiser QMS, which has a 40% stake in MediaWorks. Oaktree Capital remains the company’s largest shareholder with a 60% stake in the company. If MediaWorks’ owners fail to sell its television business, it will likely close, with hundreds of jobs at risk.

New Zealand’s media ecosystem may be on the verge of collapsing, not just in the broadcasting sector. The merger of New Zealand’s two largest news publishers – NZME and Stuff – is back on the agenda. Back in 2017, the Commerce Commission rejected the merger, but as media company profits and revenues continue to shrink, NZME confirmed last month it was in talks with Nine Entertainment to buy Stuff.

Should the merger go through this time, it would bring massive job cuts and most certainly less quality news coverage in New Zealand.