Public space is all around us, from bustling town and city squares to the iconic beaches and wide-open national parks on our doorsteps. In its more mundane forms – such as roads, footpaths, or cycle ways – it’s critical in getting us from A to B.

But the line between what is considered true public space and what is publicly accessible private space is often blurred.

For example, we can enjoy the outdoor plazas of privately owned shopping centres – provided we follow the rules, dress appropriately and consume.

But no protests or large gatherings would be tolerated in such plazas whereas these activities are a common use of our public spaces.

These privately owned public spaces (POPS) are on the increase (New York encourages these spaces and even has a map of them).

So we need to be clear what we mean by public spaces and protect them, where possible.

The ‘public’ private spaces in our cities

Our cities are complex mixes of public and private property. Consider the short walk from Brisbane’s CBD to South Bank to illustrate this patchwork.

We can walk on footpaths, cross roads, bisect the square at Queens Gardens and finally cross the river at the Goodwill Bridge, all on public property, and all the while skirting private boundaries.

We then arrive at South Bank, with its hybrid mix of open swimming pool, parklands, public institutions and private retail, food outlets and busy markets. 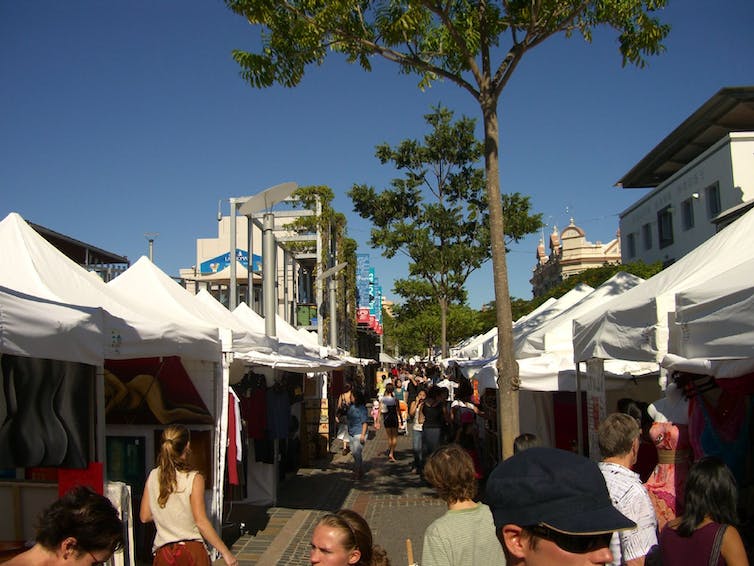 This green, subtropical space is actually owned by the South Bank Corporation, a statutory entity given powers similar to those of a private owner.

Under the South Bank Corporation Act 1989, public land was transferred to the corporation, which has the powers of a private owner to exclude or even remove people from the area if they are deemed a nuisance.

Mostly, it’s an inclusive sort of owner – provided we don’t cause disturbance. But South Bank exemplifies this public-private overlap and the spatial ambiguity this engenders.

This public-private meander is replicated in cities across the globe. They highlight the blurred and porous boundaries that demarcate public and private property.

We navigate these boundaries surprisingly well, alert to the subtle and not-so-subtle lines of property.

For example, high fences, no trespassing signs, or strategic CCTV cameras tell us “keep out”, versus the marked footpaths, well-trodden grassy shortcuts, or stiles that say it’s okay to enter. 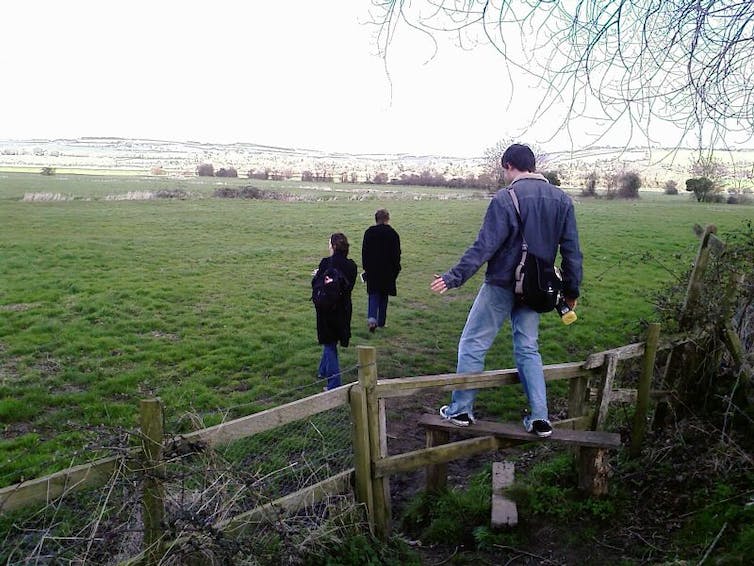 In the UK a stile often points the way people can gain access to cross private land. Flickr/Gilda, CC BY-SA

In England, books are published that help ramblers (hikers and walkers) spot what they can access. Guides to the subtle signs of rural landscapes help citizens legitimately enjoy their rights to roam the countryside and coastal margin – public property rights that often exist over private land.

In New Zealand, what’s called the Queen’s Chain is said to protect access to the beach and other waterways, although it’s not always that clear.

There is much law on beaches in the United States, but little in Australia. This issue has been a confused area of law for many since Roman times.

Read more: Contested spaces: we shall fight on the beaches...

Sometimes we resolutely defend our threatened public property. In San Francisco, a trial to allow people to pay a fee to reserve exclusive sections of grass at the city’s Dolores Park was short-lived after a public outcry. 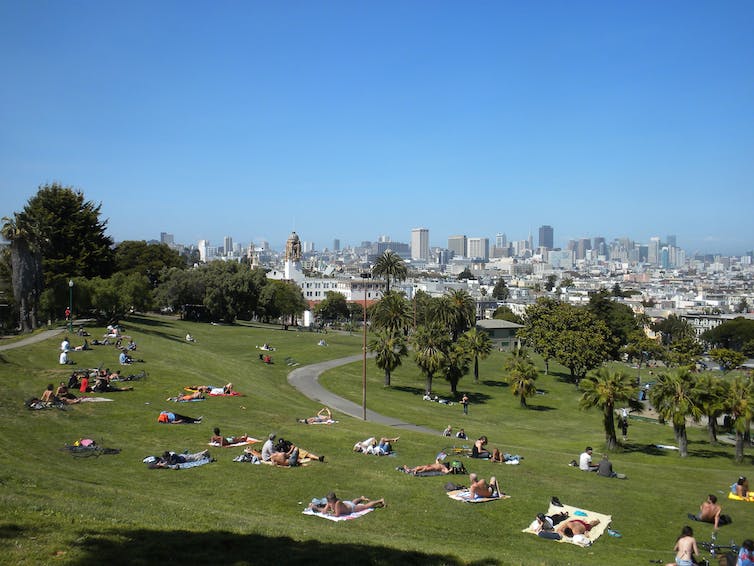 Such inconsistency means the public estate is mostly in retreat. It has been for centuries, marginalised since the enclosure period in Europe when large swathes of common lands were privatised.

Public lands are the forums where we sociably mix with strangers. They serve a public purpose and define public values. They are the conduits that connect us, that permit us to pass and re-pass.

Importantly, public property is where we go to protest and defend the public square, whether in the camps of Occupy Wall Street in New York, the streets of Hong Kong, or the public forests of Tasmania, part of what the Australian High Court calls our “public forest estate”.

That’s why I believe we need to pay more attention to what are our public spaces, how they’re defined and the need to defend them where necessary. Public-private spaces may have their uses, but they’re not the same as true public space. 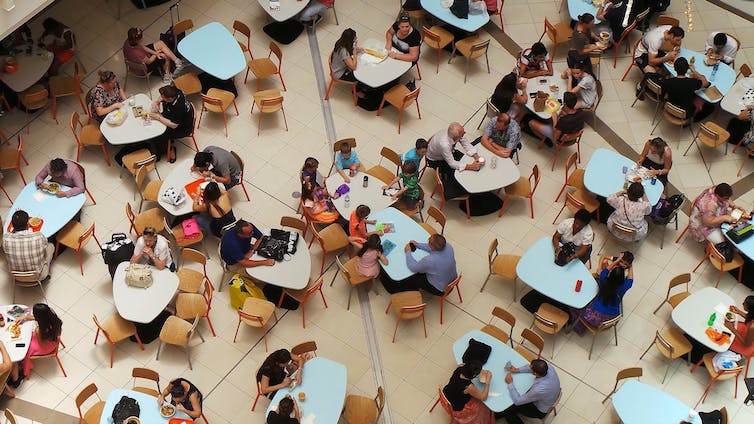 That’s no public space: the private owners of your local shopping centre only allow you access to the food court if you obey their rules. Flickr/John, CC BY-SA