The world is starting to see the gradual decline of Facebook, with 15 million US users dropping off between 2017 and last year.

Nonetheless, Facebook remains the largest social network in the world. As of late last year, almost 60% of Australians had a Facebook account, half of whom logged-on daily.

And while most of us intuitively understand what others find interesting, there’s a growing body of research on online engagement and the characteristics of viral content.

For my research, I studied more than 1,200 posts from 266 Facebook users - everyday people aged 21-40 – to identify the common denominator among “successful” Facebook posts. 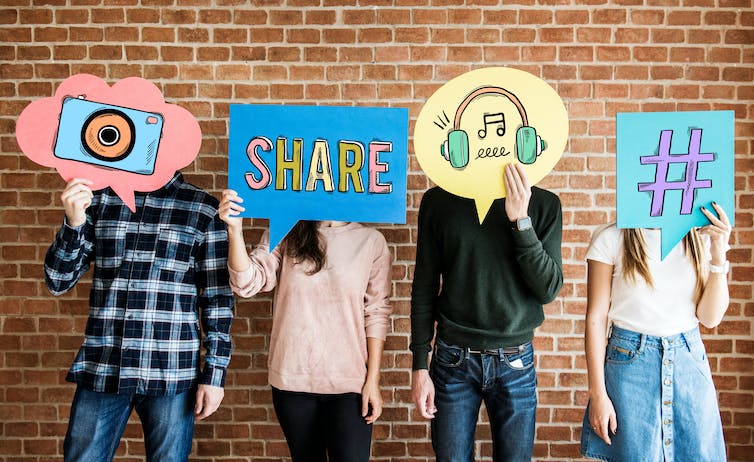 For the study, I decided to create a distinction between “likes” and comments. I treated likes as a simpler form of acknowledgement, and comments as a more active mode of engagement – they require time, effort and a deeper understanding of the content.

I found posts which performed relatively well in terms of engagement (more than five comments), could be characterised by certain linguistic features.

Conversations on Facebook feeds generally start by “tellings”, meaning posts which contain narratives. For example, what a friend is doing, a video, or a selfie.

Among the content I studied, the more popular posts requested a response of some kind, usually through questions, or requests such as “click on this funny link”.

Simply adding “what do you think of this?” at the end of a post was likely to increase engagement - and this was true for posts with varying subject matters.

I also found posts that were simple to understand performed better, as opposed to those which were vague or confusing - sometimes referred to as vaguebooking, like this example:

Laughter is the best medicine

I observed this too, with funny posts securing more responses. Similarly, posts that were not overtly funny were more likely to do well if they received funny comments.

Although the success of Facebook content also relies on privacy settings, the number of friends a user has, how active the user is and how popular they are outside Facebook, strategically designed posts can give any user a quick upper hand.

And it’s likely you can use the same principles on other platforms such as Twitter or Instagram.

Read more: Before you hit 'share' on that cute animal photo, consider the harm it can cause