This summer’s bushfire apocalypse has caused many Australians to express their fury at a federal government they feel is either in denial about the impact of climate change or failing to address it sufficiently.

To many, the fact the Morrison government did not act on warnings from former firefighting chiefs or take meaningful action to implement a natural disaster plan is further evidence of a broken political system and a political elite that isn’t listening.

When you consider the full impact of the bushfires, it is no wonder there are now calls for a class action lawsuit to hold our government accountable for these failures and its inaction on climate change.

I’ve brought several class action suits against the government on issues such as asylum seekers and breaches of privacy. Though climate change class actions might be possible elsewhere in the world, here in Australia, there are many obstacles to success.

In December, the Dutch Supreme Court upheld the finding of the Hague Court of Appeals that the government is obligated by the European Convention on the Protection of Human Rights to take

suitable measures if a real and immediate risk to people’s lives or welfare exists and the state is aware of that risk.

the obligation to take suitable measures also applies when it comes to environmental hazards that threaten large groups or the population as a whole, even if the hazards will only materialise over the long term.

The case marked the first time a government has been required by the courts to take action against climate change.

Urgenda’s success has led to similar legal strategies in a host of countries, including Canada, France, Germany, India, New Zealand, the UK and the US. Australia, however, is missing from the list.

The reason is that a climate change class action is unlikely to succeed here because we do not have the equivalent of the European Convention on Human Rights incorporated into our legal system.

Without a bill of rights or other laws that mandate precautionary measures to mitigate climate change, it is unimaginable that an Australian judge would make a ruling requiring our government to take measures to reduce carbon emissions.

Nevertheless, our courts still have a role to play in cases related to natural disasters, particularly when the cause of damages is clearly identifiable.

There have been successful class action suits against businesses that were found to be responsible for igniting bushfires.

For instance, survivors of the devastating 2009 Black Saturday fires in Victoria received a payout of A$500 million from the power company SP AusNet after the courts ruled the fires were caused by poorly maintained powerlines. It was the largest settlement in Australian legal history.

In the current bushfire crisis, however, there is no faulty powerline to point to as the cause of the destruction. And when it comes to suing the government for failing to take steps to prevent a bushfire, things get much trickier. 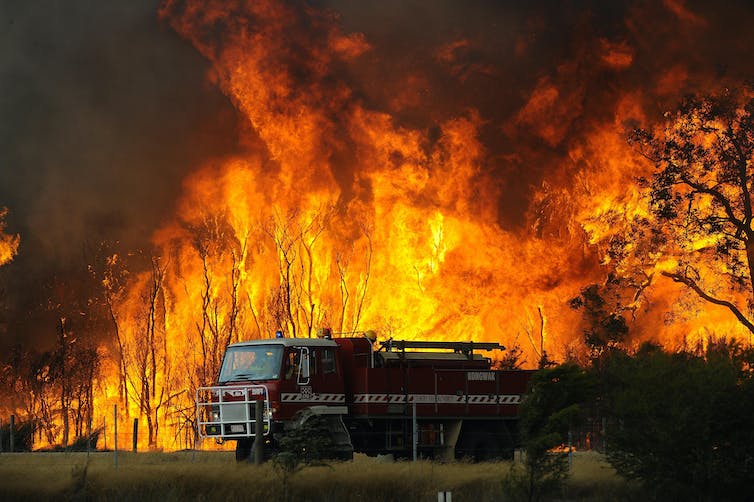 What is required to sue the state

For starters, it is doubtful the federal government would ever be held responsible for the current crisis because the states and territories are responsible under Australian law for bushfire fighting and land management.

Our courts are also reluctant to impose a duty or liability on any government regarding its policy-making functions – including how to prepare for a fire season. The courts have likewise been reluctant to mandate how a government allocates resources and how they make day-to-day fire management decisions.

As a result, claimants in bushfire cases have had to argue the government owed them a common law duty of care. And this can only be determined through a complex evaluation of the relationship between the person who is harmed and the state.

When our courts have considered claims arising from bushfires in the past, they have tended to put limits on the ability of individuals to take action against the state.

For example, when the Mount Stromlo Observatory was destroyed in the 2003 Canberra bushfires, one of the affected parties, Electro Optic Systems Pty Ltd, sued the state of NSW.

The case alleged the state’s Rural Fire Service and National Parks and Wildlife Service owed a duty of care to the plaintiffs and that its fire-fighting strategy was flawed. As a result, the state should be held responsible for any losses.

Because the direct cause of the fire was a lightning strike, the ACT Court of Appeal found the state did not owe a duty of care to property owners to prevent harm caused by the spread of the bushfire. 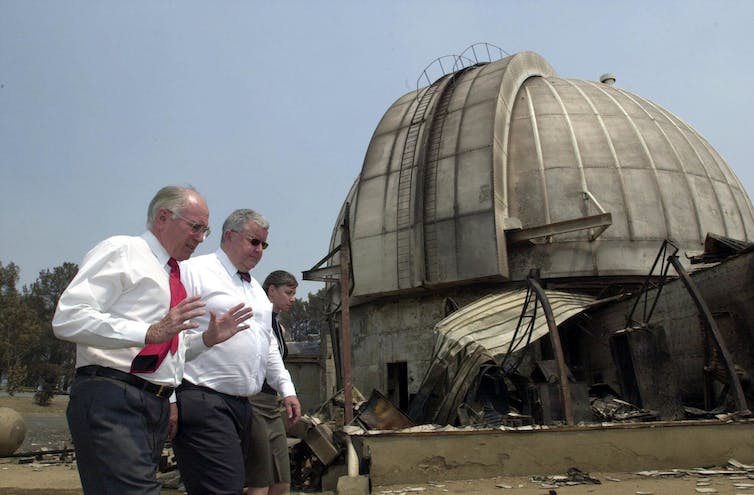 Why legal action is important, even if it fails

One final question remains: are our courts really the best place to address political inaction on climate change?

Court proceedings are slow and expensive. They will take years to reach finality, as the Urgenda case shows. And the climate crisis requires urgent action both locally and internationally.

Read more: We know bushfire smoke affects our health, but the long-term consequences are hazy

But despite the fact a successful class action along the lines of Urgenda is doubtful in Australia, there are some who may go forward with a case.

Many advocates believe that arguing for a reduction of CO₂ emissions in court would provide a compelling, fact-based case they could use to demand change from the government. And this process might give those who are concerned about our planet some hope in dark times.