The Versace fashion house recently announced it had stopped using kangaroo skins in its fashion collections after coming under pressure from animal rights group LAV.

Kangaroo meat and skin has an annual production value of around A$174 million, with skins used in the fashion and shoe manufacturing industries.

There are legitimate questions regarding the ethical manner in which kangaroos are killed. But Indigenous people have long utilised the skins of kangaroos and possums. Versace’s concerns may have been allayed by understanding more about our traditions and practices.

There has always been concern around how native animals are treated while alive and how they are killed to cause as little distress, pain and suffering as possible. Campaigners say 2.3 million kangaroos in Australia are hunted each year. Official sources cite this figure as the national quota, but put the number actually killed at around 1.7 million.

Australian Aboriginal people have for many thousands of years utilised native animals, predominantly kangaroos and possums. Consciously and sustainably, every part of the animal was used. The kangaroo meat was eaten, the skins used to make cloaks for wearing, teeth used to make needles, sinew from the tail used as thread.

The cloaks were incised with designs on the skin side significant to the wearer representing their totems, status and kinship. Cloaks were made for babies and added to as the child grew into adulthood, and people were buried in their cloaks when they died. 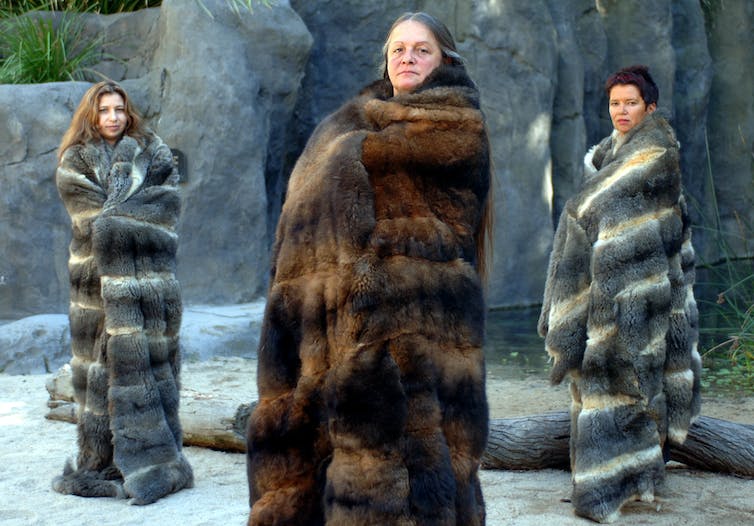 Traditional possum coats at the Melbourne Museum’s Aboriginal Cultural Centre in Melbourne, 2006. The cloaks are called ‘Biganga’, which translates as AAP Image/Julian Smith

Aboriginal women from New South Wales and Victoria have begun reviving the tradition of kangaroo and possum skin cloak-making to pass down knowledge of this important practice to future generations. Interestingly, possum skins can only be purchased from New Zealand for these crafts. As an introduced species, they have wreaked havoc on NZ animal populations and the environment, but are a protected species in Australia.

In Australia, kangaroos are not farmed but are harvested for meat and fur in the wild under a voluntary code of conduct. The code is difficult to monitor and enforcement is complicated by federal and state sharing of responsibility. This code is currently under review.

The export and import of wildlife is regulated under Australia’s national environmental law, the Environment Protection and Biodiversity Conservation Act 1999 Act.

In practice, kangaroos are shot in the wild by professional licensed shooters with an intended single shot to the head to kill them quickly.

There are concerns over whether shooters should be trained better and whether nighttime shoots with poor visibility result in the killing of alpha males or mothers with joeys in their pouches.

If mothers are accidentally shot, the code dictates the joey should be shot too. Sometimes the shot does not kill them instantly and they are then clubbed over the head. Traditionally, Aboriginal people speared kangaroos. This was unlikely to kill them instantly, so they were swiftly killed with a blow to the head by a boondi (wooden club).

Kangaroo skin is extremely strong and more flexible than other leathers, including cow hide.

It is routinely used in the production of soccer boots as they mould to the feet extremely well and don’t need to be worn in like harder leathers. This has led to an increase in the use of kangaroo.

LAV reports Italy is the biggest importer of kangaroo leather in Europe, where it is used to produce soccer shoes and motorbike suits. They are lobbying brands Lotto and Dainese to stop using kangaroo, arguing that shooting animals is not sustainable given the estimated 1 billion creatures killed in bushfires this season. 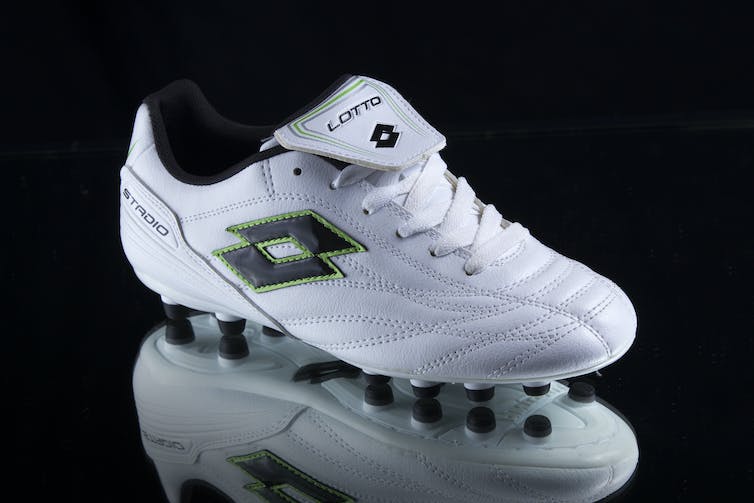 In terms of environmental sustainability, kangaroos cause less damage to the environment than cattle. Cows contribute methane gas, their hard hooves destroy the earth, they eat the grass to a point that it does not regenerate. Kangaroos eat the grass leaving a small portion to re-flourish, they bounce across the land without causing damage to it, and don’t produce methane gases.

The use of kangaroo skins in fashion can be done ethically if the code is reviewed in consultation with Aboriginal people and enforced properly. The industry has the potential to produce and support sustainable business opportunities for Aboriginal communities.

While celebrities are shamed for wearing fur fashion, this relates to the unregulated and inhumane treatment of coyotes, chinchillas, foxes, mink, rabbits, and other fur-bearing animals. In contrast, scientists consider kangaroo harvest as “one of the few rural industry development options with potential to provide economic return with minimal environmental impact”. 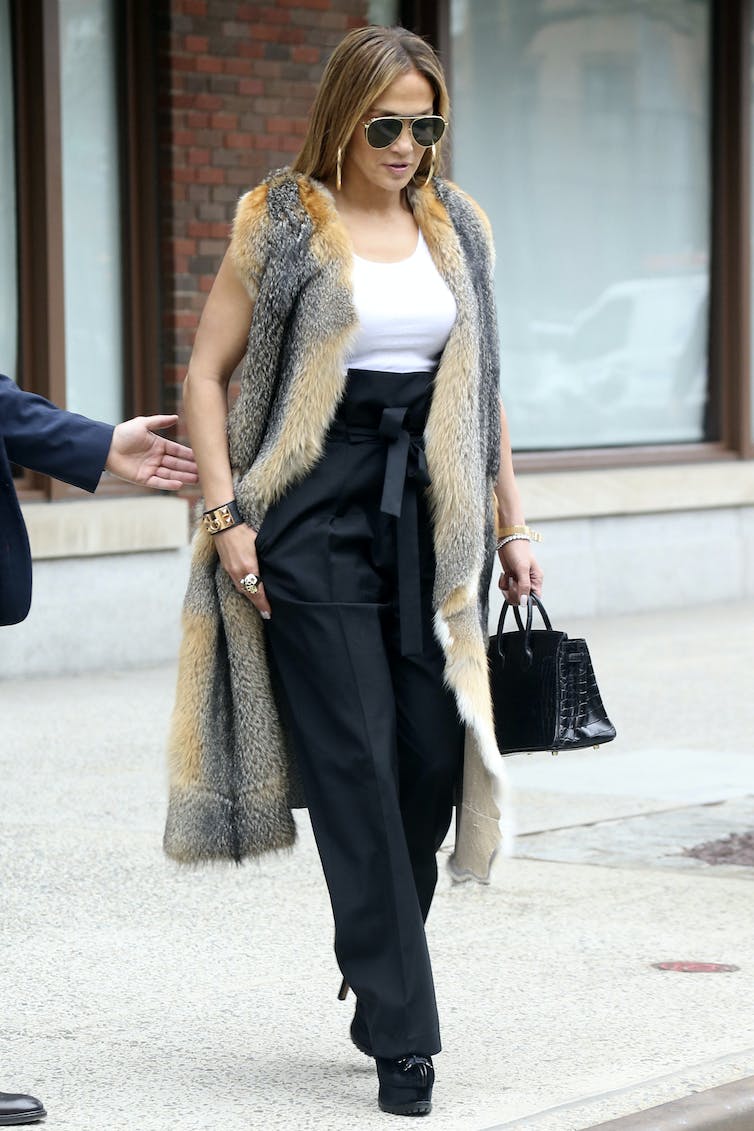 Versace, along with most fashion retailers across the high-end to ready-to-wear spectrum, use synthetic fibres in their fashion products. Such materials eventually cause more damage to the environment than natural fibres and skins. They don’t biodegrade and many of these fibres end up in landfill, our oceans or in the stomachs of fish.

Animal skins will always be used in fashion and other products because of the unique properties the skins bring to design and function.

While the bushfires have killed millions of Australian native animals, kangaroo culls are managed to have limited impact on the population.

We should focus our energy on saving Australian native animals that are close to extinction and lobbying for a stricter ethical code for shooters that can be legally enforced to ensure kangaroos are killed humanely.