The World Health Organisation (WHO) overnight declared the coronavirus (2019-nCoV) a public health emergency of international concern, reinforcing the need for countries around the world to act decisively in the face of this epidemic.

The Australian government is currently negotiating with the Chinese government to fly a portion of the 600 Australian citizens trapped in Wuhan back to Australia.

The controversial plan is to quarantine the evacuees on Christmas Island, 2,600 kilometres off the coast of Western Australia, where they will remain for 14 days.

Read more: How contagious is the Wuhan coronavirus and can you spread it before symptoms start?

Many have condemned this measure as a harsh response; isolating healthy Australians on a tiny remote island, most infamously known as a refugee detention centre, to protect the rest of the Australian population.

This approach of quarantining a large group of people is certainly unprecedented in recent history. But what’s the rationale, and could it work?

First, a bit of history

Quarantining sick people has been a mainstay of public health outbreak prevention for thousands of years. The term was first introduced as a strategy to stop the Bubonic plague. Even as far back as the Bible, there’s mention of isolating people with leprosy.

Quarantining travellers was also common in Australia in the early days after colonisation. Quarantine stations were positioned in most Australian states during the 1800s and the early 1900s to prevent the spread of diseases such as measles, cholera and typhoid from people arriving by ship. Passengers would be quarantined on arrival if there were outbreaks on board. 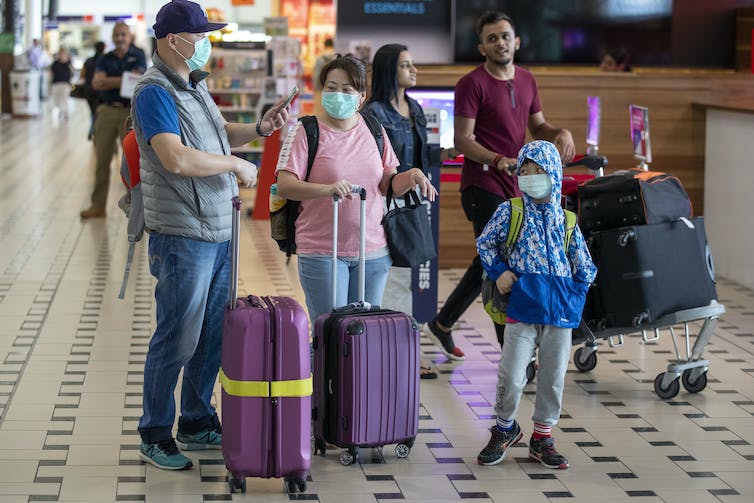 The rationale behind quarantining healthy people is even if they aren’t showing symptoms yet, they may be ill. Glenn Hunt/AAP

These quarantine stations now stand silent and unused; a reminder of a time in Australia’s history when death via infectious diseases was common.

Quarantine, on a large scale, is considered a public health response of the distant pre-antibiotic, pre-vaccine past. The quarantining of Wuhan evacuees on Christmas Island has no modern equivalent in Australia.

Read more: The Wuhan coronavirus is now in Australia – here's what you need to know

Some 7,818 cases of coronavirus have now been recorded globally, including 82 across 18 countries outside China.

We don’t yet have vaccines or antiviral drugs to prevent or treat the virus, so we need alternative strategies to slow its spread, including isolation and quarantine.

Isolating sick people is an effective way to reduce transmission of a virus.

With many viruses, an infected person is only able to infect other people when they are showing symptoms of the disease.

But with some viruses, the virus can spread in the absence of symptoms – either during the incubation period (the days before people become visibly ill, thought to be up to 14 days for coronavirus) or in people who never get sick.

Asymptomatic cases, where someone with the virus has no symptoms, can unwittingly but rapidly transmit the disease to others if they’re in public.

Unfortunately, preliminary evidence suggests coronavirus can be spread when someone has the virus but appears well.

A woman from China reportedly infected four German colleagues during a training session in Germany. The woman didn’t feel unwell until her flight back to China, making it likely she infected her colleagues while she was asymptomatic or experiencing very mild symptoms.

Similarly, in an outbreak among a family, a ten-year-old was found to be carrying the virus even though he had no symptoms.

What are other countries doing?

Other countries including Japan and the United States are implementing voluntary quarantine of their Wuhan evacuees. In the US, the March Air Reserve Base, a military base in California, is housing Wuhan evacuees for 72 hours. They’re then monitored at home for the remaining 14-day incubation period.

But if you don’t want to risk people not voluntarily self quarantining, especially when it’s potentially hundreds of people, where do you quarantine large groups of people who may have an infectious disease? 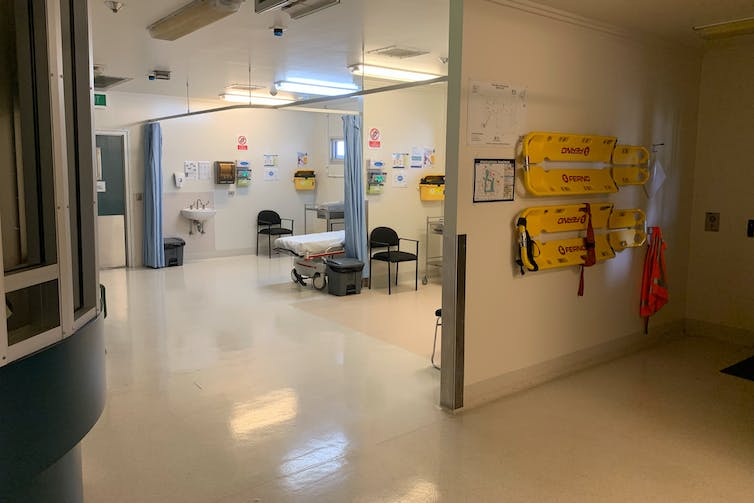 Medical facilities on Christmas Island will be equipped to treat any infected patients. Home Affairs Office/AAP

If you choose to place them in a hotel, such as what’s currently happening with the Chinese women’s hockey team in Brisbane, you need a hotel willing to take potentially infectious people.

This is likely to raise concerns. What happens when other guests learn there may be infectious people in their hotel? Will the hotel staff also need to be quarantined? How do you ensure the quarantined people won’t leave the hotel?

A hospital might seem like a sensible choice, but then you’re using large numbers of hospital beds and resources to accommodate and care for healthy people.

Read more: Will my child get coronavirus at school? Here's some perspective for Aussie parents

Quarantining Australians in a remote detention centre in case they have an infectious disease reads more like a script for a disaster movie than a modern public health response.

But from an outbreak response perspective, assuming good medical facilities are available on Christmas Island, this move should ensure illness in any evacuees is identified early and stop further transmission of the coronavirus.

That being said, we are in unchartered territory. No one knows for certain whether quarantining Wuhan evacuees on Christmas Island will work.