This summer’s bushfires were not just devastating events in themselves. More broadly, they highlighted the immense vulnerability of the systems which make our contemporary lives possible.

The fires cut road access, which meant towns ran out of fuel and fell low on food. Power to towns was cut and mobile phone services stopped working. So too did the ATMs and EFTPOS services the economy needs to keep running.

In a modern, wealthy nation such as Australia, how could this happen?

In answering this question, it’s helpful to adopt “systems thinking”. This approach views problems as part of an overall system, where each part relates to each other.

In other words, we need to look at the big picture. 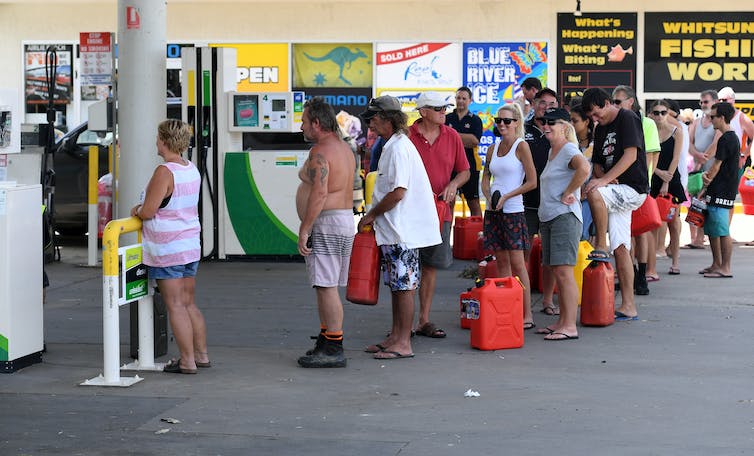 Through a systems lens

Systems are everywhere, from the coral ecosystem of the Great Barrier Reef to the vast technology networks of global financial markets. In a human sense, social systems range from the small, such as a family, to large organisations or the national or global population.

The systems I mentioned just now are “complex” systems. This means they are connected to other systems in many ways. It also means a change in one part of the system, such as a bushfire in a landscape, can set off unpredicted changes in connected systems – be they political, technological, economic or social.

Read more: Australia needs a national fire inquiry – these are the 3 key areas it should deliver in

All complex systems have three things in common: 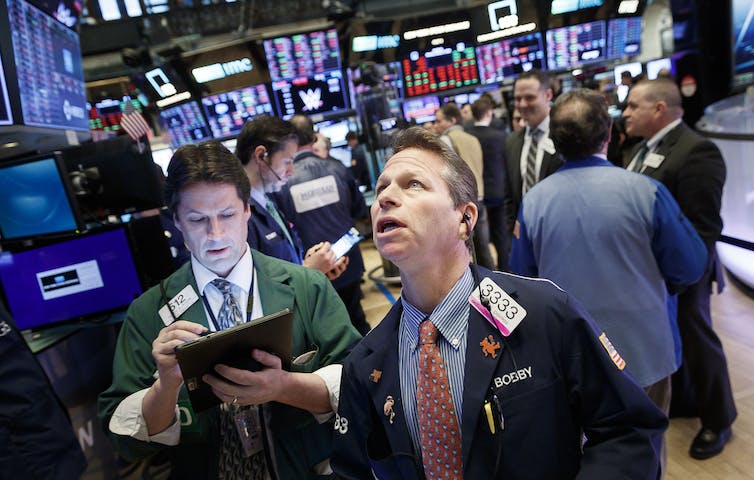 Traders work on the floor of the New York Stock Exchange - part of the complex system of global financial markets. Justin Lane/EPA

The case of East Gippsland

To better understand a complex system collapse, let’s examine what happened in Victoria’s East Gippsland region, particularly the coastal town of Mallacoota, during the recent fires.

This case demonstrates how one trigger (in this case, a bushfire) may start a cascade of events, but the intrinsic fragility of the system enables total collapse.

Transport-wise, neither East Gippsland nor Mallacoota itself are physically well connected. Fires cut both the only transport connection to East Gippsland, the Princes Highway, and the lone road out of Mallacoota.

Smoke haze prevented air transport. This meant the only way out was by sea, in the form of intervention by the Australian Navy.

Second, there were no reserves of food, fuel, water, medical supplies or communications at hand when the fires had passed. Supplies ran so low there were reports of a looming “humanitarian crisis”. 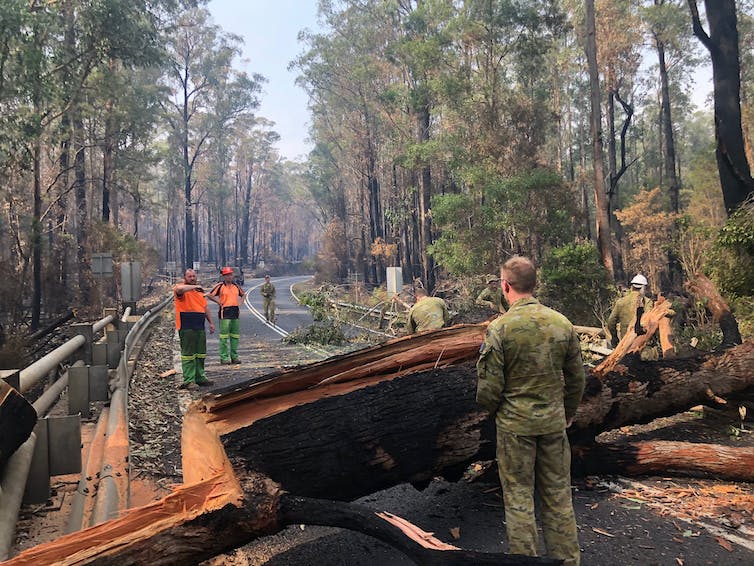 These shortages are no surprise. In Australia, as in most developed countries, food and fuel distribution systems run on a “just in time” model. This approach, originally developed by Japanese car manufacturer Toyota, involves organising supply networks so materials are ordered and received when they are needed.

Such systems remove the need to store excess goods in warehouses, and are undoubtedly efficient. But they are also extremely fragile because there is no redundancy in the system - no Plan B.

Australia as a whole is, in many ways, just as fragile as Mallacoota.

We import 90% of our oil - a figure expected to rise to 100% by 2030. Much of that fuel passes through the Straits of Hormuz and then through the Indonesian archipelago. We have few alternative routes.

Read more: Australia's fuel stockpile is perilously low, and it may be too late for a refill

Nor do we maintain sufficient back-up reserves of fuel. Australia is the only International Energy Agency (IEA) member that does not meet the obligation to keep 90 days of fuel supplies in reserve.

As East Gippsland and Mallacoota have shown, many other connected systems, such as food distribution networks, are critically dependent on this fragile fuel supply.

On January 3 this year – the very day HMAS Choules evacuated people from Mallacoota – the US killed Iranian general Qasem Soleimani by drone strike.

If Iran had responded by disrupting the flow of oil through the Strait of Hormuz, throwing global oil supply into turmoil, Australia may have faced nationwide fuel shortages at the height of the bushfire crisis.

Late last year Australia reportedly had 18 days of petrol, 22 days of diesel and 23 days of jet fuel in reserve.

A global fuel crisis was avoided only due to restraint by both the US and Iran. Australia might not be so lucky next time. 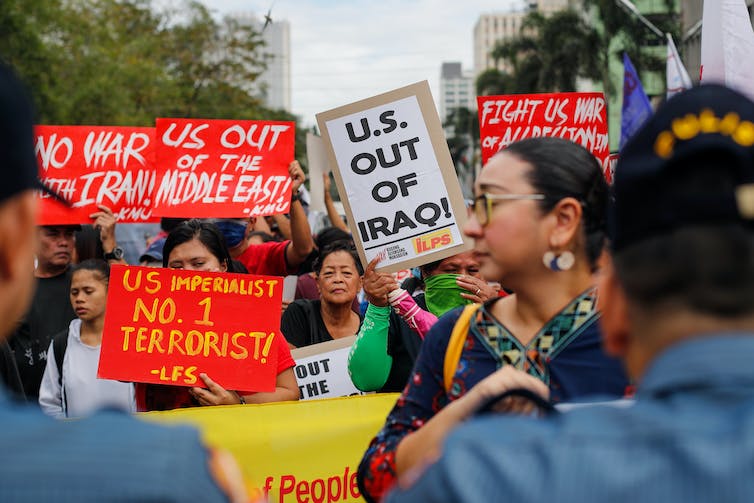 Activists calling for de-escalation in the conflict between the US and Iran in January. MARK R. CRISTINO/EPA

The need for reserves

More broadly, Australia needs a national fuel reserve. This should be in line with the IEA’s 90-day obligations. In December last year, Australia reportedly had just 54 days’ worth of reserves.

The federal government has recently looked to bolster reserves through possible deals with the US and Holland. But overseas supplies will not be very helpful in an immediate crisis.

The implications of the bushfire crisis are clear. At a national and individual level, we must improve the resilience of the systems that make our daily life possible.