General Motors has announced the Holden brand will be “retired” in 2021.

This week’s announcement has been a long time coming. The Holden brand has been in a state of terminal decline since General Motors ceased local manufacturing in October 2017. A once-dominant presence in the everyday life of Australians, Holden became simply one of many imported cars on offer for the Australian consumer.

Using this then novel form of corporate communication, General Motors management placed the firm at the forefront of the nation-building project. It produced pamphlets and took out newspaper advertisements heralding General Motors’ contribution to the local economy.

A 1929 pamphlet asked: “What does General Motors mean?” 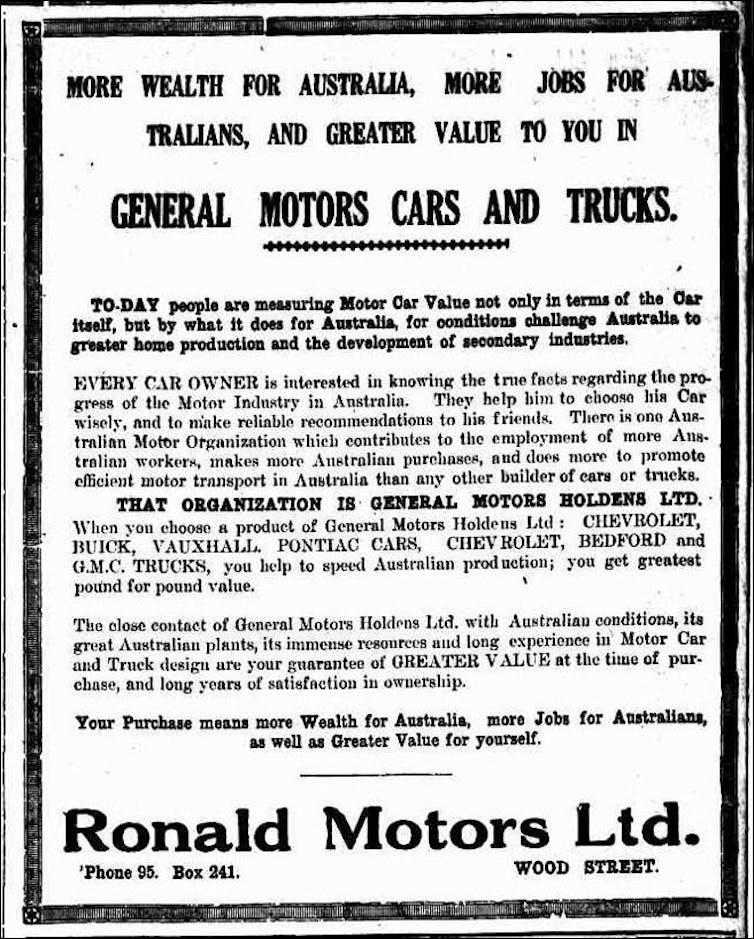 A Holden ad published in the Daily Mercury on June 22 1932, with General Motors’ slogan, ‘More wealth for Australia, more jobs for Australians’. National Library of Australia

Read more: Why Australians fell out of love with Holdens

In the wake of the Great Depression, General Motors’ public relations focused on the firm’s contribution to full employment. The Holden brand was increasingly tied to its industrial workforce. This was a deliberate marketing development, directed towards the paradoxical goal of making General Motors a local institution. 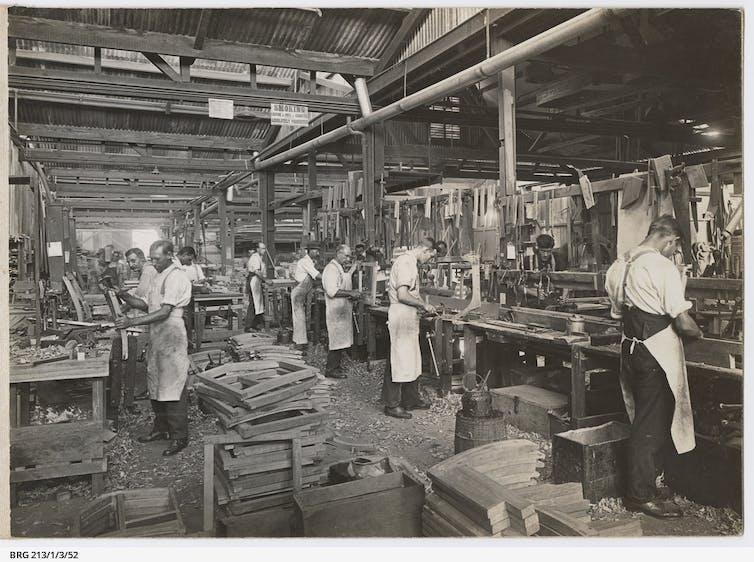 In 1948, General Motors-Holden, in close collaboration with the Australian government, produced the first fully Australian-made car: the Holden 48-215, popularly known as the Holden FX.

Marketed as “Australia’s own”, the Holden was a resounding success for General Motors. The car entrenched local automotive manufacturing and solidified a powerful symbolic connection with the Holden brand and the stability of post-war Australian capitalism. 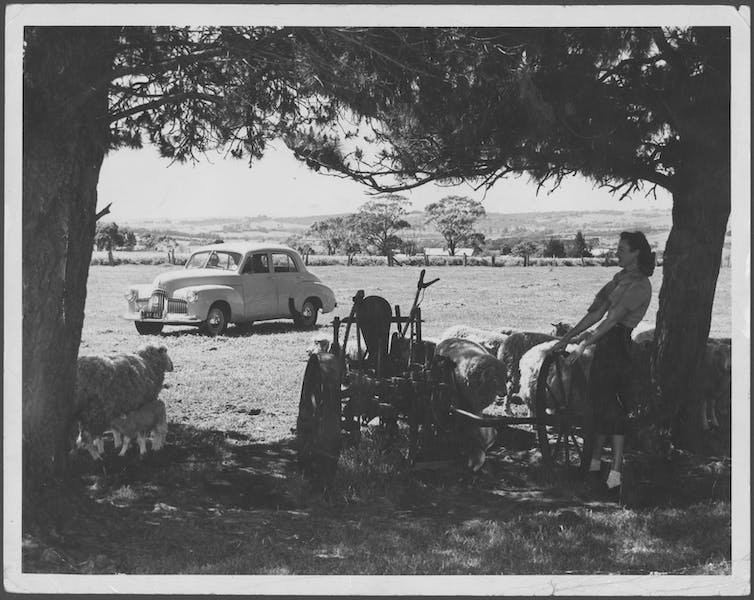 A Holden FX in an Australian paddock. State Library Victoria

It was in this context the Elizabeth manufacturing facilities opened in South Australia in 1954, forming the backbone of the community and providing a stable source of employment for years to come.

Production and sales of Holdens boomed in the 1950s, helped along by full employment for white men, high tariff protection, state-sponsored migration and amicable relations with trade unions.

By 1962, the one millionth Holden rolled off the assembly line, and Australian society had been transformed. 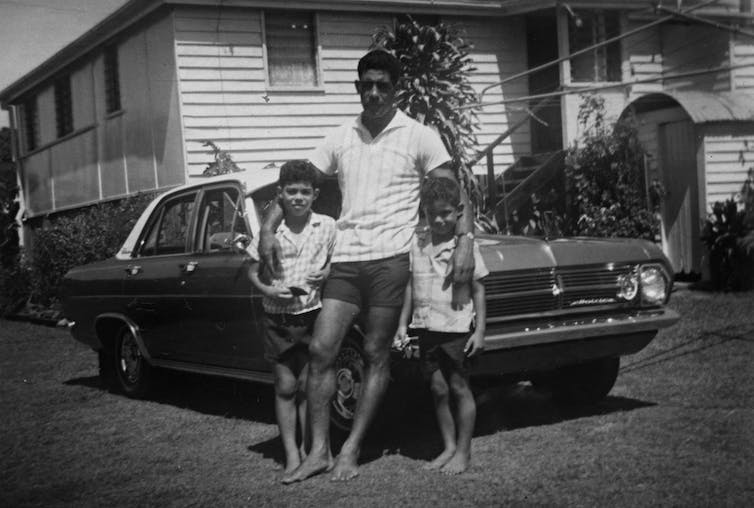 Expanding rates of car ownership fostered a unique link between the Holden and the emerging notion of the “Australian way of life”. This was a unique post-war construction, and one deeply related to the growth of manufacturing and a growing suburban landscape.

The new industrial economy reshaped the everyday lives of Australians, fostering booming home ownership and an ever-expanding market for consumer durables. This entrenched General Motors-Holden within the cultural imagination, enabling widespread acceptance of Holden as “Australia’s Own Car”. 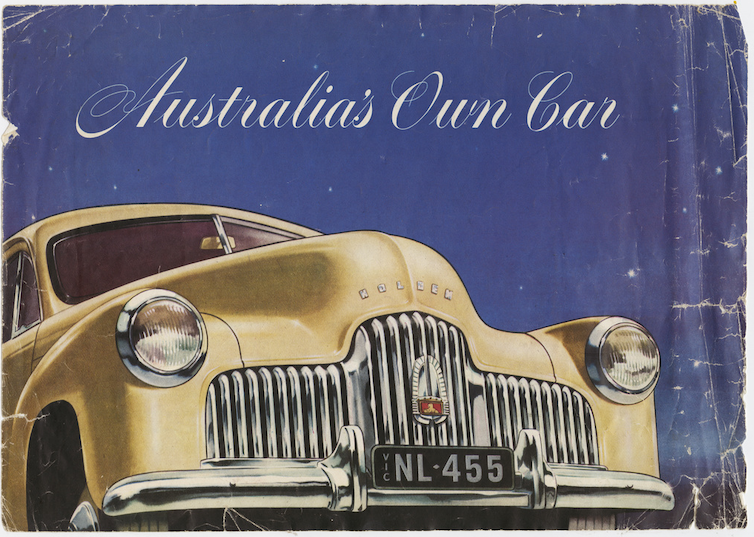 But this symbolism of Holden obscures a more complicated history, including large-scale industrial dispution, racial tensions on the assembly line and a long-term decline in the industrial workforce.

The dominant imagery of the Australian way of life was male-dominated. Women’s roles were restricted to housewives and mothers. This worked to render the role of women in the firm invisible. But women had worked at General Motors-Holden from its inception. 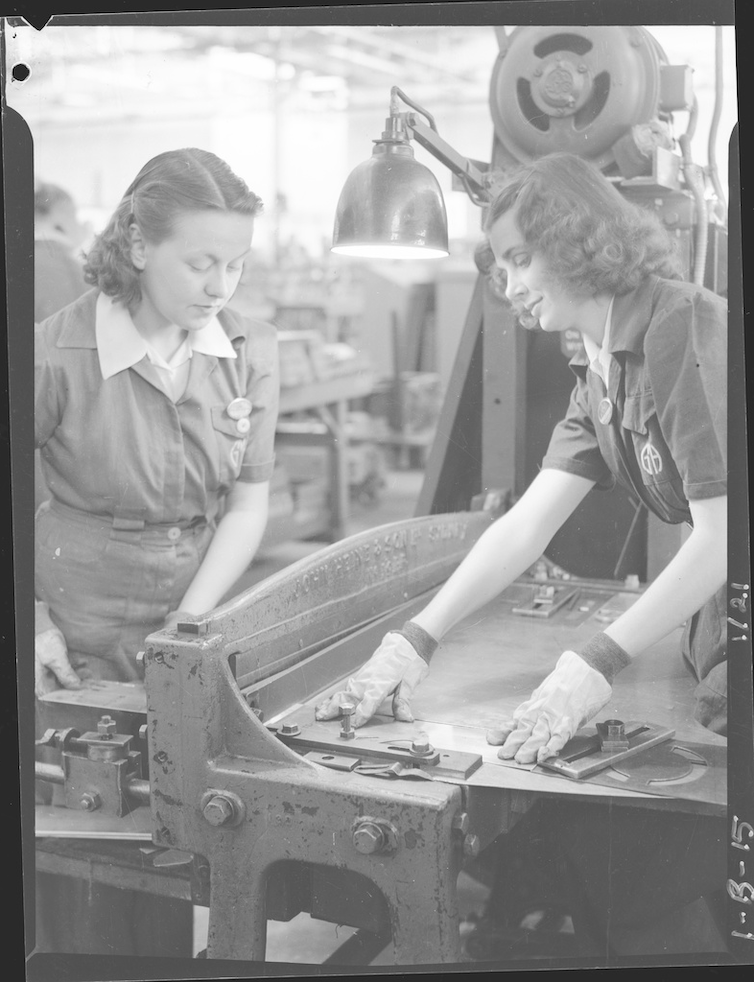 Nostalgia for post-war stability ignores the instability faced by those who were excluded, and a growing dissatisfaction with the demands for social uniformity that accompanied the notion of an “Australian way of life”.

Yet the symbolism endured, perhaps best captured by Prime Minister Paul Keating in 1994 with the launch of the “Working Nation” white paper. Keating chose to launch the white paper at the Holden factory, arguing for Holden’s place at the forefront of Australian nation building.

The Australia of today is very different from the one that embraced Holden as a symbol of national culture.

The Holden car was a powerful symbol for many post-war migrants, as a source of both employment and inclusion into the national myth.

But a once-great manufacturer is now a painful public memory, representing closures, lay-offs and long-term unemployment.

Read more: An end to Australia's auto dream: why we loved Holden

With access to affordable housing and stable employment increasingly out of reach for a growing number of Australians, the place of the car in the Australian dream has shifted. But the Holden brand was always constructed to serve the interests of its parent company General Motors.

After ceasing Australian manufacturing, the Holden brand was disconnected from our national myths. The car of the last century is no more.