Australia is still grappling with what to do with the glut of recyclable material after China closed most of its market to our recycling in 2018.

Now the Victorian government has released the first major change to state recycling policy: a consistent kerbside four bin system by 2030, and a container deposit scheme.

So what’s the proposed new kerbside bin system, and will it help alleviate Australia’s recycling crisis? Here’s what you need to know about the extra bin coming your way.

The problems with our recycling system

There are two big problems – particularly since the China ban.

One is about supply. The quality of materials we have for recycling is quite poor, partly from the design of the products, and partly how we collect and sort waste items.

The other is demand. There’s not enough demand for recycled materials in new products or infrastructure, and so the commodity value of the materials, even high quality, is low. 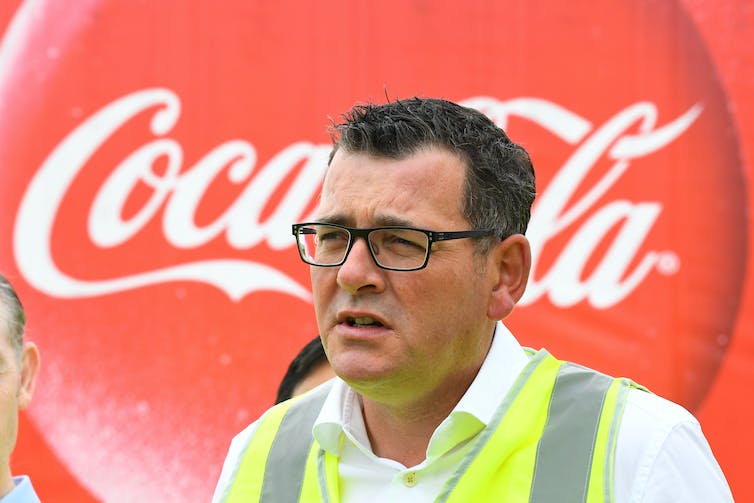 The Victorian government announced A$96.5 million to overhaul the waste industry. James Ross/AAP

And even though many of us think we’re good at recycling, many households aren’t getting recycling exactly right because they put things that don’t belong in the recycling bin, such as soft plastics.

One reason is because of the confusion about what can be recycled, where and when. A standardised system of collection (no matter how many bins) will go a long way to improving this, and the most exciting aspect of the Victorian announcement is the strong leadership towards consistency across the state.

Read more: Don't just blame government and business for the recycling crisis – it begins with us

This means by 2030, no matter where Victorians live or visit, they’ll have a consistent kerbside bin system.

But to boost our recycling capacity, we need consistency across the country. New South Wales, South Australian and Western Australian governments are already supporting combined food and garden organics bins, and other states are likely to follow as the evidence of the benefits continues to accumulate.

Details are still being ironed out, but essentially, the new system expands the current two or three bins most Victorian houses have to four bins.

While paper, cardboard and plastic or metal containers will still go in the yellow bin, glass containers will now have their own separate purple bin (or crate). A green bin, which some Victorians already have for garden vegetation, will expand to collect food scraps. 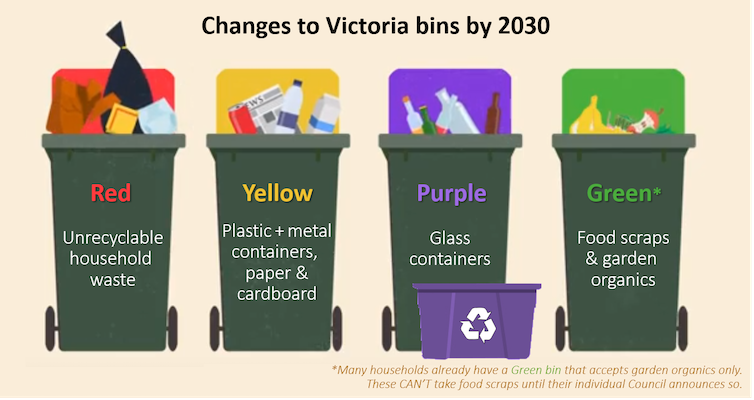 The purple bin will come first, with the gradual roll-out starting next year as some Victorian councils’ existing collection contracts come to a close. The service is expected to be fully in place by 2027 (some remote areas may be exempt).

And the expanded green bin service accepting food scraps for composting will be rolled out by 2030, unless councils choose to move earlier (some are already doing so).

How extra bins will make a difference

A 2015 report on managing household waste in Europe showed separating our waste increases the quality of material collected. Some countries even have up to six bins (or crates, or sacks).

That’s because it’s easier for people to sort out the different materials than for machines, particularly food and the complex packaging we have today.

A separate bin for food (plus garden organics) will help recover Victoria’s share of the 2.5 million tonnes of food and scraps Australian households chuck out each year.

Read more: Melbourne wastes 200 kg of food per person a year: it's time to get serious

And a separate bin for glass will help with glass breaking in the yellow bin or collection truck, contaminating surrounding paper and cardboard with tiny glass shards that renders them unrecyclable. It should also boost how much glass gets recycled, according to Australia’s largest glass reprocesser. 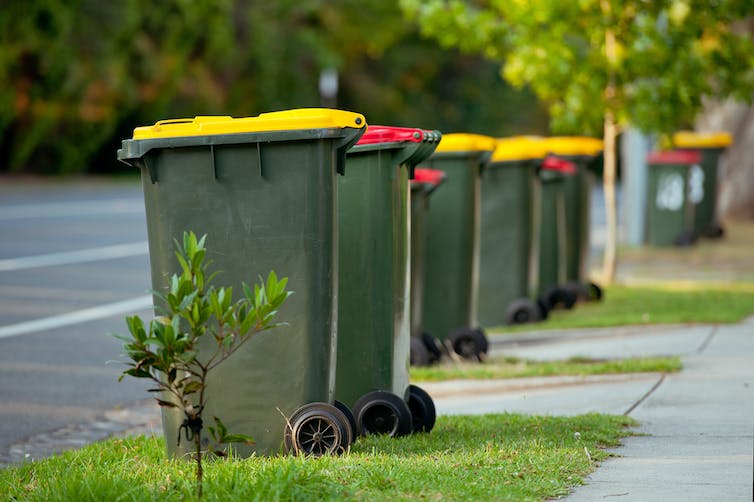 Most Melbourne households have only two bins: one for mixed recycling and the other for general waste. Shutterstock

What do they need to get right?

To make sure the transition to the new system is smooth, councils and the Victorian government must consider:

Not everyone has enough space (inside or outside). This may require creative council and household solutions like those already found overseas (stackable crates and segregated bins).

Does the new purple bin mean we’ll see a another truck, or perhaps a special multi-compartment recycling truck? And once councils have food waste in a weekly green bin, will the red bin collection go fortnightly? This actually makes sense because 35-60% of the red bin is food scraps, which will be gone.

Many councils that have already added food waste to the green bin report contamination issues as people get their head around the transition, such as putting food wrappers in with the food scraps.

Putting the wrong thing in the recycling bin is a problem across the country, and taking glass out of the yellow bin won’t solve this issue. While this is already being tackled in government campaigns and council trials, we’ll likely need more government effort at both a systems and household level.

Collection is only one piece of the puzzle. Government support is needed to make sure all this recycling actually ends up somewhere. Efforts to improve the “supply-side” aspects of recycling can go to waste if there’s no demand for the recycled materials.

Environmental economists have long pointed out that without government intervention, free markets in most countries will not pay enough or use enough recycled material when new, or “virgin”, materials are so cheap.

Read more: Only half of packaging waste is recycled – here's how to do better

What’s great for Victoria is the new four bin system is only one pillar of the state’s new recycling policy.

It also includes many demand-side initiatives, from market development grants and infrastructure funding, to developing a Circular Economy Business Innovation Centre. The policy also deems waste management to be an “essential service” and has left space for strong procurement commitments. Today, Prime Minister Scott Morrison acknowledged the importance of procurement when he announced an overhaul of the Commonwealth Procurement Guidelines at the National Plastics Summit, to boost demand for recycled products.

Stepping up to the challenge

But to effectively combat Australia’s recycling crisis, more must be done. This includes reinvestment of landfill levies; standards for recycled materials, and at a federal level; clear strategies to improve product design ; and funding to support the waste and recycling industry to meet the export ban.

Read more: A crisis too big to waste: China's recycling ban calls for a long-term rethink in Australia

We also need regulation on the use of recycled material in products. For example, through mandated targets or fiscal policies like a tax on products made from virgin materials.

Since 2018 when China stopped taking most of our recycling, the level of industry, community and media interest has created a strong platform for policy change. It’s exciting to see Victoria responding to the challenge.