Philip Morris International, one of the world’s largest tobacco companies, recently lodged an application to allow the sale of its “heat not burn” products in Australia.

This attempt to disrupt Australia’s tobacco market and make heated tobacco products legal is part of the company’s latest mission to “change society and deliver a better, smoke-free future”.

The company argues these products are a safer way to satisfy a nicotine craving than traditional cigarettes. It calls the technology IQOS, which stands for “I quit original smoking”.

But what are these “heat not burn” products, and are they actually better for us than standard cigarettes?

A hybrid of traditional cigarettes and e-cigarettes

Heat not burn products are electronic devices that contain tobacco leaves. When you heat them, they produce a vapour containing nicotine, which you inhale.

Despite this, the temperature in heat not burn products is still high enough for harmful chemicals to be vaporised and inhaled. 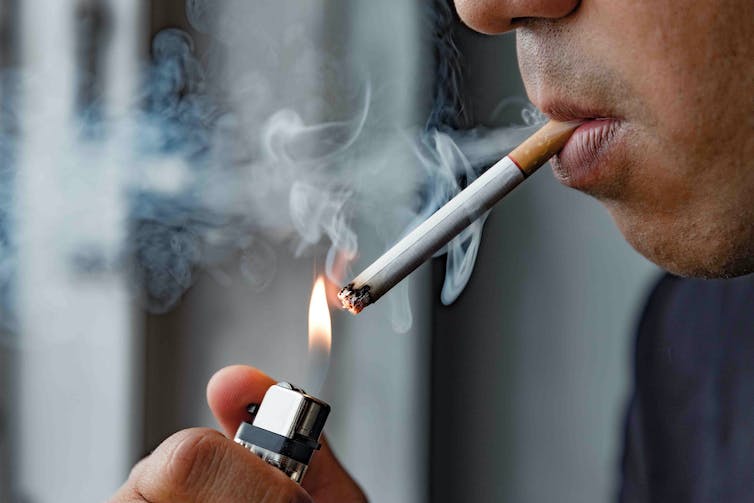 Doctors warn we don’t have enough evidence to tell us heat not burn products are any safer than traditional cigarettes. Shutterstock

Although similar in that they’re both electronic devices, heat not burn products are also different from e-cigarettes or vaping devices. These generally use chemical liquids, and don’t necessarily contain nicotine. E-cigarettes tend to heat liquids to around 250℃ to produce their vapour.

Philip Morris International’s heat not burn product IQOS is currently available in more than 50 countries, including the UK and New Zealand.

While there are no laws that specifically mention heat not burn devices in Australia, products that contain nicotine and/or tobacco are regulated under various acts.

Under the Poisons Standard, nicotine is classed as a schedule 7 substance, or “dangerous poison”, except where it occurs in tobacco products prepared and packaged for smoking, or in preparations for human therapeutic use (such as in nicotine patches).

The federal health department has advised these exceptions would not apply to devices such as IQOS, and therefore heated tobacco products remain prohibited under current legislation.

The Royal Australian College of General Practitioners last month made a submission to the federal health department strongly recommending against the approval of heat not burn products until we have more “credible and long-term evidence” on their health effects.

What the evidence says

The rationale behind heat not burn products is they allow smokers to get the same nicotine experience, but without the harmful exposure to other chemicals.

Heat not burn products do release fewer toxins and at lower concentrations than normal cigarettes because there’s no burning, or combustion, which would otherwise release toxins.

Some research has found significantly reduced levels of harmful carcinogens such as aldehydes and other volatile chemicals in heat not burn products compared to regular cigarettes. But most of these studies were funded by tobacco companies, so we need to interpret the results with caution. 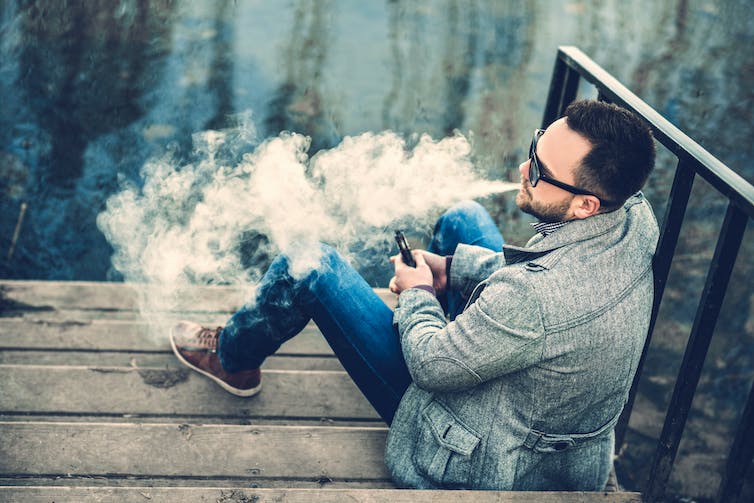 Heat not burn products are different from e-cigarettes, which typically use chemical liquids. Shutterstock

There are currently no studies which have assessed the long-term health effects of these products, but several studies have evaluated short-term exposure to heat not burn products.

These independent studies have shown emissions from heat not burn products can induce levels of cytotoxicity, or cell death, in human lung cells, which can lead to inflammation.

Evidence from an animal study shows this effect is comparable to smoking a normal cigarette.

Read more: Are 'vaping' and 'e-cigarettes' the same, and should all these products be avoided?

Looking to the longer term, the fact heat not burn products release fewer toxins than normal cigarettes may have some benefits over a life history of smoking.

But we’d need well-conducted long-term studies to confirm this.

Heat not burn products are probably better than smoking cigarettes

If we were to rank the products in terms of cancer risk from highest to lowest with the evidence we currently have, it would be normal cigarettes, heat not burn products, then e-cigarettes.

For someone who is using heat not burn products as an alternative to smoking cigarettes, there may be some merit. Otherwise, it’s best avoided.