Federal and state ministers will meet tomorrow to decide whether to compel alcohol manufacturers to include clear labels on all alcohol products that warn against the harms of drinking while pregnant.

The Australian government agreed that pregnancy warning labels should be compulsory for all alcohol products back in 2017.

But only now do we have a prototype:

Tomorrow ministers responsible for food regulation will be asked to approve the proposed label so it becomes law. Or they can request a review and go back to the drawing board.

But this decision must not be derailed by the alcohol industry, which has fiercely rejected the move.

Why do we need labels?

Alcohol is a teratogen, a substance that disrupts the growth and development of the brain and other organs of the embryo and fetus. It’s also a neurotoxin that damages the brain and nervous system.

Prenatal alcohol exposure may result in low birth weight, miscarriage and stillbirth. It can also result in a range of birth defects of the brain, heart, kidneys and other organs.

In our clinic each week we see children who were exposed to alcohol prenatally, which has resulted in brain injury and fetal alcohol spectrum disorder (FASD), characterised by severe impairment of development, learning and behaviour.

The costs of FASD to the family and society are enormous. The problems are lifelong, with children with FASD more likely to require special education.

Adults with FASD have higher rates of mental health disorders, contact with the justice system, substance misuse and are less likely to live and work independently.

But some women don’t know the harms

Since 2009 the national alcohol guidelines have recommended women who are pregnant or planning a pregnancy avoid alcohol.

Yet many women remain unaware of the potential harms to the unborn child. 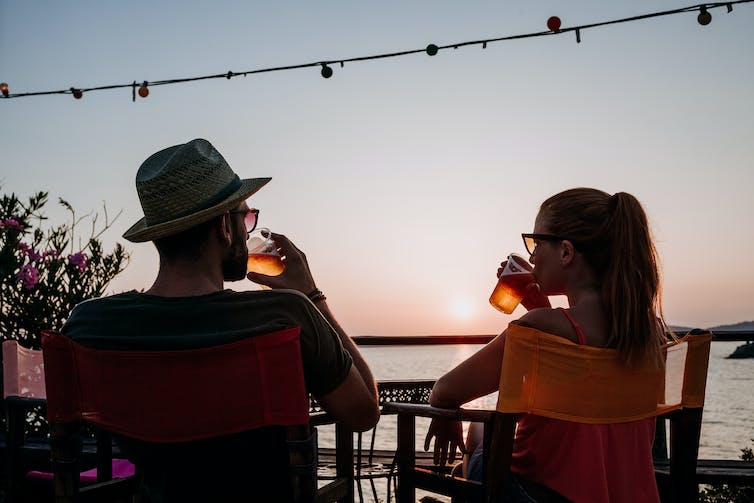 Some women stop drinking when they find out they’re pregnant, but one in four continue after they know. Shutterstock

In recent studies of pregnant women in New South Wales and Victoria, 59% of women reported alcohol use in pregnancy, often at risky levels before they were aware they were pregnant.

Similarly, national data from 2016 recorded that 49% of women drank before they knew they were pregnant and 25% continued to drink after.

The Australian government introduced a voluntary labelling scheme in 2011. But by 2017, only 48% of alcoholic products were labelled.

The labels were often small, obscure, in black and white text and difficult to read. Some messages were unclear. Others linked to an industry-sponsored website for more information.

Researchers found existing labels failed to challenge the belief held by some that consuming small amounts of alcohol occasionally during pregnancy was unlikely to cause harm.

Towards a mandatory, standardised label

In October 2018, the Department of Health agreed to implement compulsory pregnancy warning labels for all alcoholic products.

Food Standards Australia and New Zealand (FSANZ) has since reviewed the literature, sought expert opinion, and gained community input about the type of labels that should be used.

It concluded labels but must attract attention, be legible, prominently displayed, and contain a meaningful picture and text.

Use of the colour red was essential, it said. It increases visibility and people associate warnings with red. Australian research on eye tracking found attention can be enhanced by 37% by the use of red and a larger sized warning label. 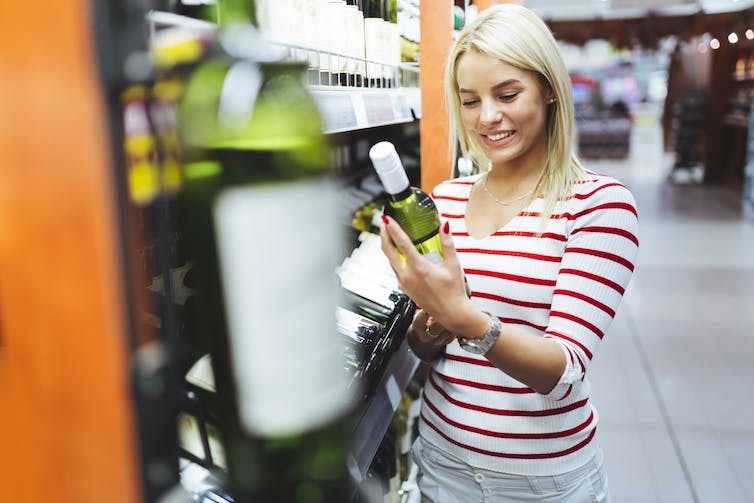 Warning labels must be eye-catching. Shutterstock

The label recommended by FSANZ is readable, coloured in red, black and white, contains a pictogram, and has a clear message that alcohol can cause lifelong harm to your baby.

Now, the industry is mounting a campaign against the proposed label.

Industry representatives object not only to the colour of the proposed label, but its size, the timing of the directive and the timeline for adoption. They’re worried warning labels make alcohol look extremely harmful.

The industry has invested in a campaign called “Not this label” and is urging the public to write to their local member to oppose the recommended label. It has also lobbied some ministers to vote for a review of the proposed label in tomorrow’s meeting rather than approve it.

The ministers responsible for the decision shouldn’t let the alcohol industry prioritise profits over public health.