The race is on to find a drug that is both effective and safe for treating COVID-19, which has spread to 3.1 million infections and caused 220,000 deaths worldwide.

This week, the US National Institute of Allergy and Infectious Diseases released findings of a clinical trial of the experimental antiviral drug remdesivir. This showed COVID-19 patients recovered more quickly and had an improved survival rate when taking the drug, compared with those given a placebo and standard care.

But these are just the preliminary results of one study. Other human trials have not shown similar results. Further trials are under way and will more definitively show whether remdesivir is a suitable and effective treatment for COVID-19.

Read more: In the fight against coronavirus, antivirals are as important as a vaccine. Here's where the science is up to

Remdesivir is an experimental antiviral drug being developed by Gilead Sciences. Originally it was being developed as a treatment for Ebola, a viral infection that causes severe internal bleeding. But researchers are now interested in its potential to treat patients with COVID-19.

Remdesivir mimics a natural ingredient called adenosine of DNA and RNA, the latter being a molecule similar to DNA that is used to carry the genetic information of viruses. After the drug is activated in the body, it works by blocking a type of enzyme called a polymerase, which is needed to make DNA and RNA.

When you block the enzyme, the virus can’t make copies of itself, limiting the development of symptoms and spread of the disease.

It should be noted that no drug is perfectly safe, and remdesivir is no different. Studies undertaken so far suggest the drug may damage the liver and cause other short-term side effects such as nausea and vomiting.

These side effects need to be taken into consideration when treating COVID-19 patients who have other underlying conditions. 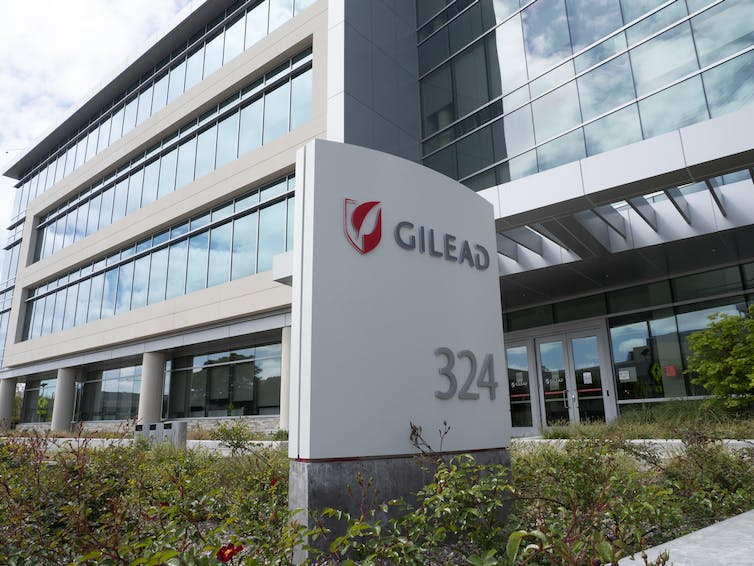 Remdesivir is being developed by US pharmaceutical company Gilead Sciences, and was originally created to treat Ebola. John G. Mabanglo/EPA

Clinical trials in US positive but only preliminary

This week the National Institute of Allergy and Infectious Diseases (NIAID) released the results of its trial using remdesivir for COVID-19 patients. They studied the effects of the drug on patients who were already infected with COVID-19 to see whether it helped them recover faster and improve their survival rate.

Adult patients hospitalised with COVID-19 were given daily injections of remdesivir. They were found to recover four days faster, an improvement of 31%, when compared with other patients who only received standard care and placebo.

Read more: Coronavirus treatments: what drugs might work against COVID-19?

The results also indicated that more patients survived the infection with remdesivir treatment, with the death rate dropping from 11.6% to 8%.

The results are significant enough that director of NIAID Anthony Fauci said it was an “ethical responsibility” for the remaining trial patients who were taking the placebo to be switched to the active drug.

But we need to treat the results of this trial with caution; for the moment they are only preliminary.

A data and safety panel has looked at the initial results, but they haven’t been peer-reviewed. During peer review, independent experts from the scientific community scrutinise the study design, methods, data produced, and the conclusions before the study is published in a medical journal. 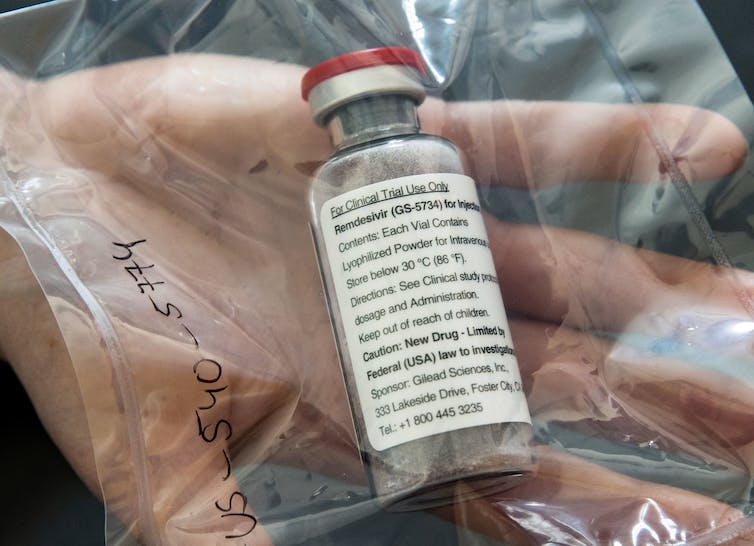 Preliminary studies have shown positive results for remdesivir for treating COVID-19. But the findings are yet to be peer-reviewed. Ulrich Perrey/Pool/Reuters

How does it compare with other studies?

The results of other trials, such as one undertaken in China, have not shown the same promising results.

The Chinese study was published in the Lancet, considered one of the most influential medical journals in the world. This trial was a randomised, double-blind, placebo-controlled study which means that neither the researchers nor the patients knew if they’d been given the active drug or a placebo.

These types of studies can reduce some biases that can influence studies, but also help quantify the effectiveness of the drug.

But the study also had limitations that need to be recognised. The patients were not as seriously ill as those in the NIAID trial, and the study was terminated early because the outbreak in China was easing.

In the end, the study only collected data on 237 patients, compared with 1,063 patients in the NIAID trial. The authors acknowledge further study is needed in more seriously ill patients and with a larger sample size.

Currently there are more than a dozen other clinical trials of remdesivir and COVID-19 being undertaken throughout the world. We need to await the data to know for sure whether the drug is as effective as we need it to be.

Read more: Head lice drug Ivermectin is being tested as a possible coronavirus treatment, but that's no reason to buy it