Compared to many other countries around the world, Australia and New Zealand have done an exceptional job controlling COVID-19.

The situation in New Zealand is similar, with 136 active cases, only two of whom are in hospital.

If we continue on this path, could we eliminate COVID-19 from Australia and New Zealand?

In order to answer this question, we first to need to understand what elimination means in the context of disease, and how it differs from control and eradication.

Disease control is when we see a reduction in disease incidence and prevalence (new cases and current cases) as a result of public health measures. The reduction does not mean to zero cases, but rather to an acceptable level.

Unfortunately, there’s no consensus on what is acceptable. It can differ from disease to disease and from jurisdiction to jurisdiction.

As an example, there were only 81 cases of measles reported in Australia in 2017. Measles is considered under control in Australia. 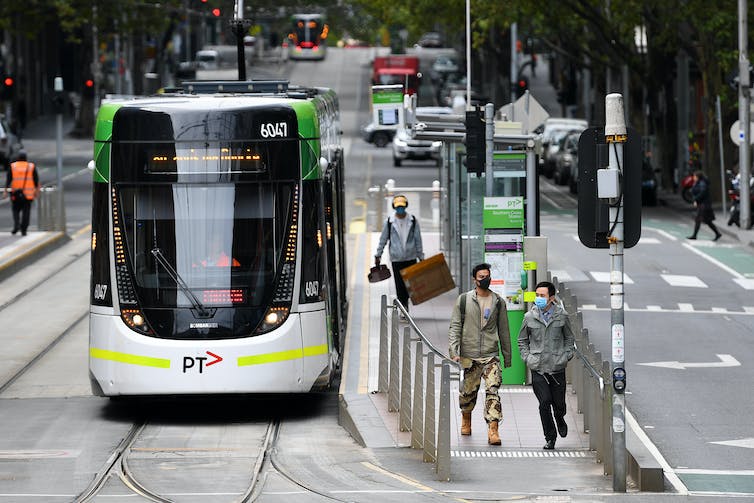 We’ve successfully flattened the curve. But what comes next? James Ross/AAP

For disease elimination, there must be zero new cases of the disease in a defined geographic area. There is no defined time period this needs to be sustained for – it usually depends on the incubation period of the disease (the time between being exposed to the virus and the onset of symptoms).

For example, the South Australian government is looking for 28 days of no new coronavirus cases (twice the incubation period of COVID-19) before they will consider it eliminated.

Even when a disease has been eliminated, we continue intervention measures such as border controls and surveillance testing to ensure it doesn’t come back.

For example, in Australia, we have successfully eliminated rubella (German measles). But we maintain an immunisation schedule and disease surveillance program.

Finally, disease eradication is when there is zero incidence worldwide of a disease following deliberate efforts to get rid of it. In this scenario, we no longer need intervention measures.

Only two infectious diseases have been declared eradicated by the World Health Organisation – smallpox in 1980 and rinderpest (a disease in cattle caused by the paramyxovirus) in 2011.

Polio is close to eradication with only 539 cases reported worldwide in 2019.

Guinea worm disease is also close with a total of just 19 human cases from January to June 2019 across two African countries.

What stage are we at with COVID-19?

In Australia and New Zealand we currently have COVID-19 under control.

Importantly, in Australia, the effective reproduction number (Reff) is close to zero. Estimates of Reff come from mathematical modelling, which has not been published for New Zealand, but the Reff is likely to be close to zero in New Zealand too.

The Reff is the average number of people each infected person infects. So a Reff of 2 means on average, each person with COVID-19 infects two others.

So we could be on the way to elimination.

Read more: What is sentinel surveillance and how might it help in the fight against coronavirus?

In both Australia and New Zealand we have found almost all of the imported cases, quarantined them, and undertaken contact tracing. Based on extensive community testing, there also appear to be very few community-acquired cases.

The next step in both countries will be sentinel surveillance, where random testing is carried out in selected groups. Hopefully in time these results will be able to show us COVID-19 has been eliminated. 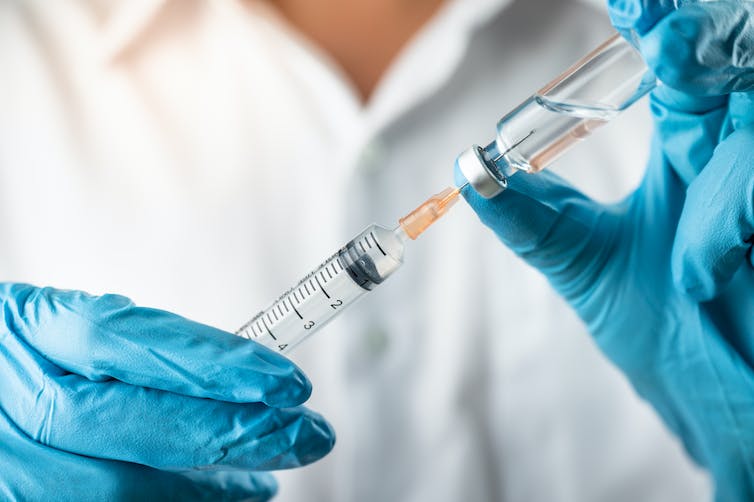 The development of a vaccine can help control and eliminate a disease. Shutterstock

It’s unlikely COVID-19 will ever be eradicated

To be eradicated, a disease needs to be both preventable and treatable. At the moment, we neither have anything to prevent COVID-19 (such as a vaccine) nor any proven treatments (such as antivirals).

Even if a vaccine does become available, SARS-CoV-2 (the virus that causes COVID-19) easily mutates. So we would be in a situation like we are with influenza, where we need annual vaccinations targeting the circulating strains.

The other factor making COVID-19 very difficult if not impossible to eradicate is the fact many infected people have few or no symptoms, and people could still be infectious even with no symptoms. This makes case detection very difficult.

At least with smallpox, it was easy to see whether someone was infected, as their body was covered in pustules (fluid-containing swellings).

So while we may well be on the path to elimination in Australia and New Zealand, eradication is a different ball game.

Read more: Why a trans-Tasman travel bubble makes a lot of sense for Australia and New Zealand