Even before the COVID-19 crisis upended the world, US-China relations had entered a particularly mistrustful and combative period.

While the mutual antagonism predated the Trump administration – Chinese President Xi Jinping had earlier ushered in a more assertive and ambitious approach to the world and the Obama administration recognised the limits to its engagement with China – the 45th US president took things to a new level.

In its 2017 national security strategy, the Trump administration openly stated that great power competition was the defining feature of the age and the contest with China was at the heart of US global strategy.

Read more: Is it time for a 'new way of war?' What China's army reforms mean for the rest of the world

President Donald Trump then made good on his campaign bluster to launch a trade war with the PRC and sought to decouple aspects of US economic interdependence with Beijing.

For its part, Beijing has unapologetically pushed its agenda in destabilising ways. This has included militarily fortifying artificial islands in the strategically crucial South China Sea, acting assertively in the East China Sea, curtailing promised freedoms in Hong Kong and setting out to literally kill off Uyghur culture in Xinjiang. 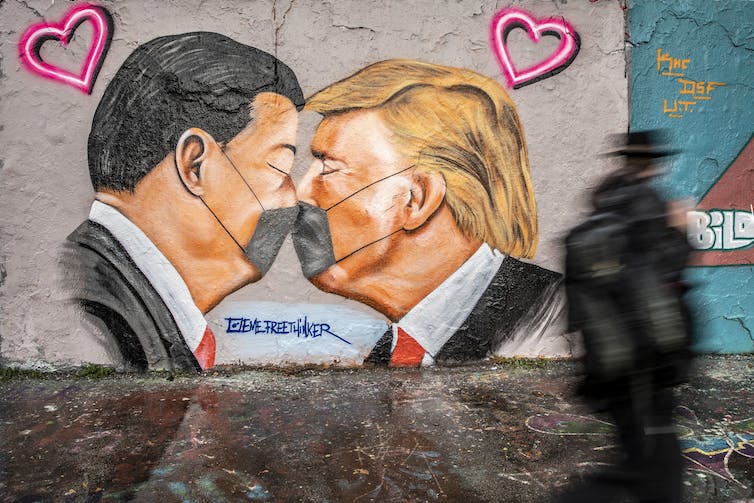 Trump and Xi have rarely seen eye-to-eye since the US president came into office. OMER MESSINGER/EPA

Trump turns up the heat in an election year

The current global pandemic has created a human catastrophe not seen outside wartime. But rather than being a reason for China and the US to come together, COVID-19 has been an accelerant in their hostilities.

American resentment toward China has increased dramatically, stoked by the explicit efforts by the Trump administration to pin the blame for all aspects of the pandemic on the PRC.

Secretary of State Mike Pompeo has repeatedly sought to formalise criticism of China, such as in communiques at the G7. Just last week, he also declared the US had “significant evidence” the pandemic was not just a disaster unleashed by Chinese mismanagement, but had been manufactured in a laboratory in Wuhan.

Those in the administration and the private sector who had argued for a delinking of the US economy from China are now using the crisis to push harder for that goal.

Trump has also flagged a further escalation of the trade dispute between the countries, which had been paused after an interim agreement in January.

It is now clear he will make the politicisation of China a central plank in his re-election campaign.

Elites in Beijing perceive this to be in line with Washington’s long-term efforts to contain China’s influence and curtail its growth. And Beijing’s defensiveness in the face of criticism over its handling of the pandemic has led it to adopt a new and more combative diplomatic tone.

Ranging from absurd conspiracy theories that the virus was an American invention to threats against Australia’s call for an independent investigation into the pandemic – including flagging a tariff on barley exports – this “wolf warrior” diplomacy reflects not only clumsy political communication but a highly competitive outlook.

On Saturday, Beijing issued its most forceful defence against what it called “preposterous allegations” by the US – an 11,000-word article denying everything from claims it under-reported case numbers to allegations the virus spread from eating bats.

The relationship between the world’s two biggest economies has deteriorated significantly, but not yet irretrievably so.

The friction is principally symbolic and, in theory at least, adept diplomacy and some walking back of the more overheated rhetoric could go a long way. The problem is the positioning in both Washington and Beijing is largely for domestic audiences. And both Xi and Trump see little domestic capital to gain if they moderate their positions.

Read more: Murky origins: why China will never welcome a global inquiry into the source of COVID-19

In Beijing’s terms, China was the first to suffer from the virus. But for most of the rest of the world, the virus spread due to the PRC’s inability to manage the initial outbreak due to denial and cover-ups.

The world, rightly, wants not only an explanation but an understanding of the origins of the virus and how it spread to prevent future pandemics. Beijing, however, wants to present itself as a successful model in combating the virus and a source of much-needed medical equipment and money to support other countries’ efforts. 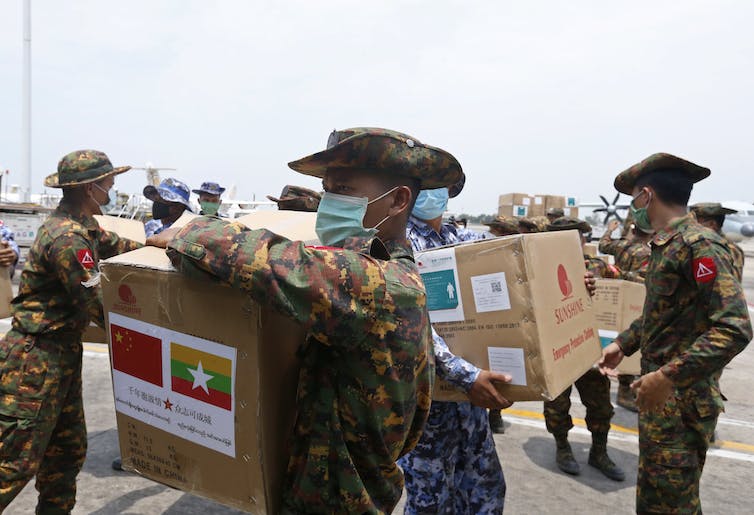 So far, China seems unlikely to accept any international inquiry. A recently leaked report commissioned by its Ministry of State Security, however, indicates Beijing is aware of the levels of international hostility directed towards it over its handling of the virus. The report said global anti-China sentiment is at its highest since the 1989 Tiananmen Square crackdown.

Consequently, it may yet shift its approach, which would certainly help lower the international temperature.

Who comes out of the pandemic on top?

All of this indicates the current crisis will not transform relations between the US and China in a positive way, but rather accelerate the competition between the two.

How this rivalry plays out and its implications for the world will depend on a couple key factors.

First, there’s the nature of the economic recovery. Who will recover faster and how bad will the damage be?

It seems most likely the US will have constrained capacity to project power globally and head off Chinese ambition after the pandemic subsides. 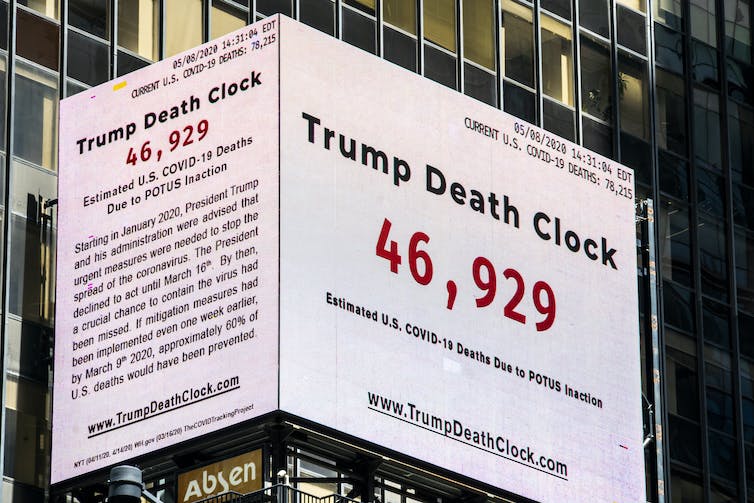 The US will likely emerge from the pandemic a slightly diminished power. Richard B. Levine/SIPA USA

A second factor will be the extent to which each side is able to use the pandemic and its aftermath to build partnerships with countries around the world. This is particularly important as many nations – both rich and poor – will be facing truly dire economic circumstances.

Trump has famously questioned the benefits of alliances and strategic partnerships and, if re-elected, is likely to continue to damage one of the US’s greatest geopolitical assets.

China, on the other hand, will attempt to use its significant wealth and developmental capacity to strengthen its network of global partners. It remains to be seen, though, whether these efforts will outweigh a loss of global trust in China due to the pandemic.

The global financial crisis of 2007-08 dealt a blow to the finances, confidence and credibility of western powers.

COVID-19 is likely to have at least as big an effect. Not only will the global recovery occur in the context of a turbocharged geopolitical rivalry between two superpowers, it will be one in which the US is likely to be weaker and China stronger than before.