The arts and culture sector has had its share of trouncing in recent years: funding dropped 4.9% in the decade 2007-2008 to 2017-2018, promised arts policy was short-lived, or not realised at all, then the erasure of “arts” from the overseeing government department’s title was perceived as reducing the public status of the sector.

In March, 65 organisations lost their Australia Council funding and then COVID-19 and social isolation saw performing arts venues among the first businesses to close. They will likely be the last to open.

Yet funding shortfalls and lack of understanding about the role of the arts in public life are not new. These problems are embedded in the 66-year history of contemporary Australian arts funding. The current crisis provides an opportunity to examine the model.

To offset the devastating financial consequences of social restrictions, funds have been set aside by state and Northern Territory governments. Combined with $5 million of redirected funds from the Australia Council, this represents $45 million allocated to assist the arts sector through the pandemic shutdown. But these funds won’t remedy the financial woes of the sector. 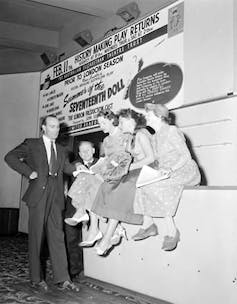 Contemporary funding of the Australian arts sector began in 1954 through the Australian Elizabethan Theatre Trust (“the Trust”). The concept is founded on principles of Keynesian economics – conceived by British economist John Maynard Keynes – whereby market demand and stable employment is supported by a public agency at arm’s length to government.

The belief is that public goods make life better, and by doing so, contribute to the potential output of the economy. The Trust disbursed funds to the performing arts, which – by bringing audiences together for shared experiences – were well placed to achieve morale-boosting, character-forming productions after the second world war.

By 1955 the Trust had refurbished the old Majestic Theatre at Newtown and renamed it The Elizabethan. It opened with Terence Rattigan’s The Sleeping Prince and the Trust’s Australian Drama Company produced Medea in September. In 1956, Ray Lawler’s Summer of the Seventeenth Doll was the Trust’s first commercially successful Australian play. The Australian Ballet, Opera Australia, National Institute of Dramatic Arts, Performing Lines and The Bell Shakesepeare Company were all established with support from the Trust. 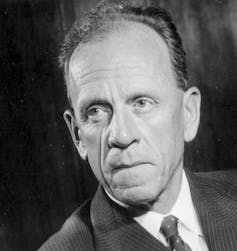 Under ‘Nugget’ Combs, The Trust established many of Australia’s major arts organisations. National Archives of Australia

Keynesian economics, however, advocates for short-term support while the free market takes over. This temporary nature of the Trust’s support was made explicit in an article written by H.C. “Nugget” Coombs, founding chair of the Trust, which was published in a 1954 issue of Meanjin.

“The ultimate aim of the Trust must be to establish a native drama, opera and ballet which will give professional employment to Australian actors, singers and dancers and furnish opportunities for those such as writers, composers and artists whose creative work is related to the theatre,” Coombs wrote, hoping to help artists “come to flower, when many of them now are mute and inglorious from lack of opportunity”.

Coombs wrote it was “not the intention of the Trust to build theatres or provide permanent subsidies”. Companies supported by the Trust were selected on their capacity to be self-supporting in time.

The Trust was originally intended to establish the sector, not sustain it. So why has public funding continued?

Since the Trust, there have been several attempts to transition the arts sector to a more self-sustainable financial position. The creative industries, advocated in former prime minister Paul Keating’s 1994 Creative Nation policy, were one attempt that promoted commercialisation and exploitation of artistic product in exchange for income.

But the free market is a poor fit for a sector whose capacity for income is limited by a “cost disease” identified by economists William Baumol and William Bowen in 1965.

This theory recognises the cost of labour increases with time (thanks to technology and productivity gains), but this doesn’t necessarily correlate to an increase in income for live work such as concert performances, doctor examinations, university lectures, soccer matches and oil changes.

This sees pricing in the arts become a critical dilemma: ticket prices can’t increase to cover rising labour costs because audiences won’t buy them; nor can ticket prices be determined by the market (like petrol prices), as this would result in unsustainable losses.

Similarly, programming “popular” work in the hope that more people buy tickets ignores the social responsibility of the arts to challenge audiences, expand its form, and provide the public good. 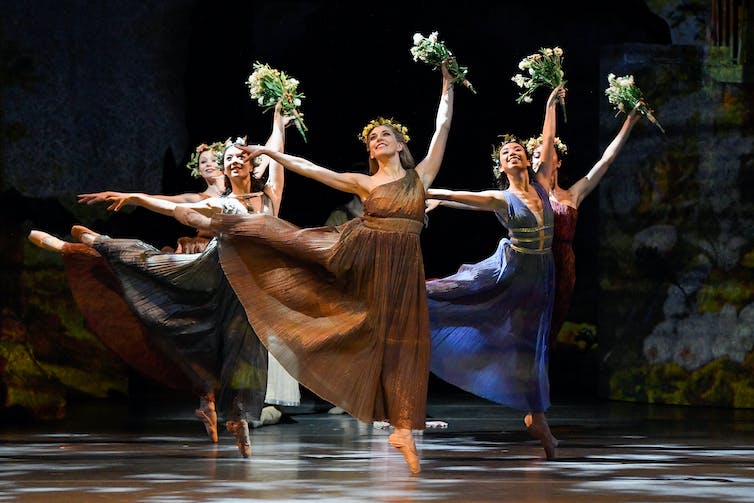 Ballet dancers from the Australian Ballet in Sylvia at the Sydney Opera House in November 2019. AAP/Bianca De Marchi

So, the arts still need support

These complexities are restrictive and mean public funding will be an ongoing necessity. While the Trust was not successful in achieving a financially self-sustaining sector, it did establish the infrastructure and opportunities to foster a vibrant, productive arts community.

But there is room to review how the arts are funded and our expectations of them to thrive. The architecture of the sector was borne as the nation emerged from the global crises of WWII. As we emerge again from another crisis, it is an opportune time to rethink the value of the arts, and how we speak about their financial and artistic success.

In a post-pandemic world, we will need the promise of shared experiences more than ever.