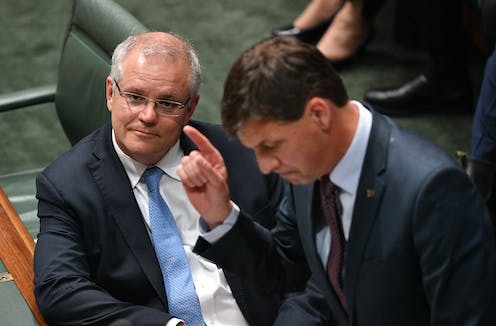 Every few years, the idea that gas will help Australia transition to a zero-emissions economy seems to re-emerge, as if no one had thought of it before. Federal energy minister Angus Taylor is the latest politician to jump on the gas bandwagon.

Every few years, the idea that gas will help Australia transition to a zero-emissions economy seems to re-emerge, as if no one had thought of it before. Federal energy minister Angus Taylor is the latest politician to jump on the gas bandwagon.

Amid all these gas plans, there is little talk of the damage this would wreak on the climate. We need only look to Woodside’s Burrup Hub proposal in Western Australia to find evidence of the staggering potential impact.

This project alone exposes as a furphy the claim that natural gas is a viable transition fuel. 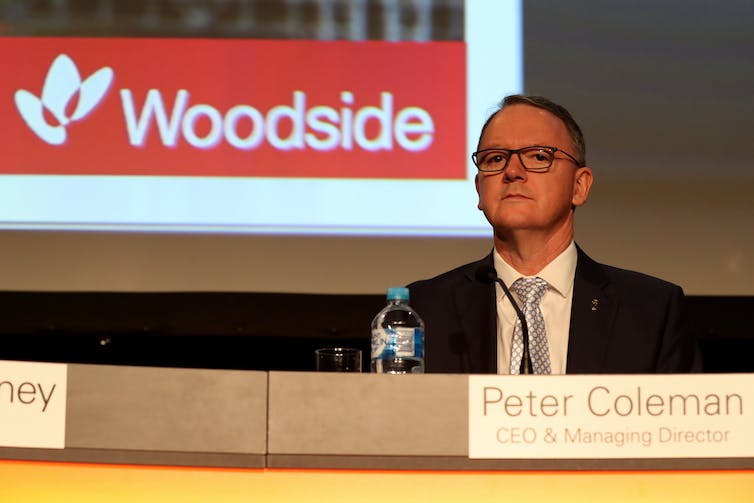 The Burrup Hub proposal involves creating a large regional hub for liquified natural gas (LNG) on the Burrup Peninsula in northern WA. It would process a huge volume of gas resources from the Scarborough, Browse and Pluto basins, as well as other sources.

We closely examined this proposal, and submitted our analysis to the WA Environmental Protection Authority and the federal environment department, which are assessing the proposal.

The likely scale of domestic emissions from the Burrup Hub will significantly undermine Australia’s efforts under the Paris climate agreement. To meet the Paris goals, Australia’s energy and industry sector can emit 4.8-6.6 billion tonnes of carbon dioxide between 2018 and 2050. By 2050, the Burrup Hub would emit 7-10% of this.

Woodside’s investors are clearly concerned at the potential impact of the company’s emissions. On April 30 more than half its investors called on the company to set emission reduction targets aligned with the Paris agreement for both its domestic emissions and those that occur when the gas is burned overseas. 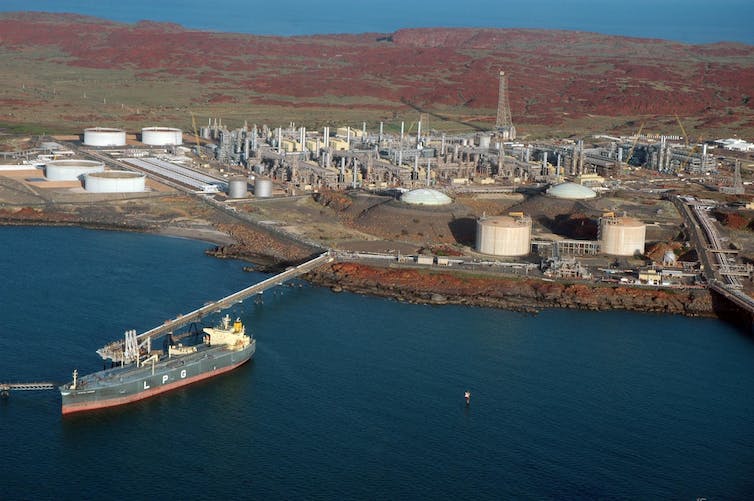 Not a climate saviour

Woodside has claimed the proposed Burrup Hub project would help the world meet the Paris goals by substituting natural gas for coal. This claim is often used to justify the continued expansion of the LNG industry.

But in several reports and analyses, we have shown the claim is incorrect.

If the Paris goals are to be met, the use of natural gas in Asia’s electricity sector – a major source of demand – would need to peak by around 2030 and then decline to almost zero between 2050 and 2060.

Globally (and without deployment of carbon capture and storage technology), demand for gas-fired electricity will have to peak before 2030 and be halved by 2040, based on 2010 levels.

Our analysis found that by 2050, gas can only form just a tiny part of global electricity demand if we are to meet the Paris goals.

The electricity sector is the main source of global LNG demand at present. Emissions from gas-fired electricity production can be lowered by 80-90% by using carbon capture and storage (CCS), which traps emissions at the source and injects them underground. But this technology is increasingly unlikely to compete with renewable energy and storage, on either cost or environmental grounds.

As renewable energy and storage costs continue to fall, estimates of costs for CCS in gas power generation have increased, including in Australia. And the technology doesn’t capture all emissions, so expensive efforts to remove carbon dioxide from the atmosphere would be required if the Paris goals are to be met.

Beyond the Burrup proposal, Woodside says its broader LNG export projects will help bring global emissions towards zero by displacing coal. To justify this claim, Woodside cites the International Energy Agency’s Sustainable Development Scenario. However this scenario assumes a rate of coal and gas use incompatible with the Paris agreement.

This problem is even starker at the national level. We estimate LNG extraction and production creates about 9-10% of Australia’s greenhouse gas emissions. If we include exported LNG, the industry’s entire emissions would roughly equal 60% of Australia’s total emissions in 2017. 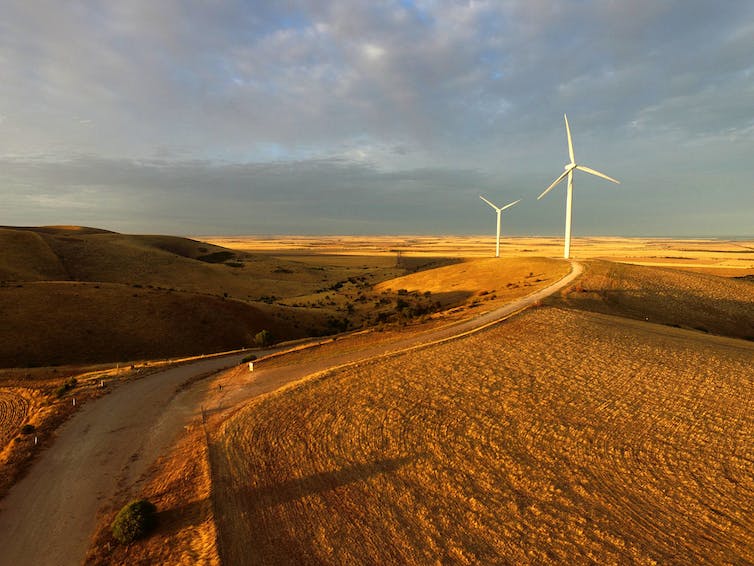 If the world implements the Paris agreement, demand for gas-fired electricity will likely significantly drop off by 2030. Technology trends are already pointing in that direction.

This creates a major risk that gas assets will become redundant. Australia will be unprepared for the resulting job losses and economic dislocation. Both WA and the federal government have a responsibility to anticipate this risk, not ignore it.

The Reserve Bank of Australia has warned of the economic risks to financial institutions of stranded assets in a warming world, and the Burrup Hub is a prime example of this.

The economic stimulus response to COVID-19 presents a major opportunity for governments to direct investments towards low- and zero-carbon technologies. They must resist pressure from fossil fuel interests to do the opposite.

In response to the claims raised in this article, Woodside said in a statement:

We support the goal of the Paris Agreement to limit global temperature rises to well below 2℃, with the implicit target of global carbon neutrality by 2050. At Woodside, we want to be carbon neutral for our operations by 2050.

Independent expert analysis by ERM, critically reviewed by CSIRO, shows Woodside’s Browse and Scarborough projects could avoid 650 Mt of CO2 equivalent (CO2-e) emissions between 2026 and 2040 by replacing higher emission fuels in countries that need our energy.

This means every tonne of greenhousa gas emitted in Australia from our projects equates to about 4 tonnes in emissions reduced globally. To put that in context, a 650 Mt CO2-e reduction in greenhouse gas is equivalent to cancelling out all emissions from Western Australia for more than eight years.

To have reliable energy and lower emissions, natural gas is essential. As a readily dispatchable power source, gas-fired power is an ideal partner with renewables to provide the necessary system stability.

Woodside remains committed to realising our vision for the Burrup Hub, despite the delay to final investment decisions on the projects in response to the COVID-19 pandemic and rapid decline in oil prices. We believe these projects are cost-competitive and investable, with 80-90% of their gas reserves to be produced by 2050.

The Burrup Hub developments have the potential to make a significant contribution to the recovery of the West Australian and national economies when we emerge from the impact of COVID-19. They will provide thousands of jobs, opportunities for local suppliers and tax and royalty revenues to the state and Australia.