Many countries around the world, including Australia, are looking to the construction industry to help rebuild economies. Industry bodies such as the Master Builders Association are strongly urging governments to bring forward spending on already approved infrastructure projects. They also want these projects to be unbundled into smaller contract...

Many countries around the world, including Australia, are looking to the construction industry to help rebuild economies. Industry bodies such as the Master Builders Association are strongly urging governments to bring forward spending on already approved infrastructure projects. They also want these projects to be unbundled into smaller contract packages so small local businesses and the whole sector get a piece of the pie.

We should not ignore the risks involved in the rush to get the economy going again. We will pay for mistakes made now in the form of debt created by cost blowouts and unscrupulous developers. We will have to live with poor-quality, ill-conceived and environmentally damaging developments for decades.

Investment in construction flows through the broader economy. The Australian Bureau of Statistics estimates every A$1 million spent on construction output generates A$2.9 million in output across the economy as a whole. Every job created in construction leads to another three in the wider economy.

Knowing this, state and local governments are relaxing hard-won controls to fast-track projects. Planning ministers are being given more power to override many of the statutory timeframes that govern normal planning and approval processes.

This approach creates many risks as well as many opportunities. If we do not control these risks in our rush to stimulate the economy, we are likely to regret this in future.

While the construction industry includes some world-class firms, the government-commissioned Productivity Commission inquiry into infrastructure raised many concerns about the lack of transparency and trust in development and infrastructure approval processes. It noted infrastructure project overruns were common. The extra costs amount to billions of dollars.

We are already battling a crisis of confidence in the residential apartments sector. Poor-quality buildings have devastated people’s lives. In New South Wales, the state government has appointed a building commissioner to clean up the mess. 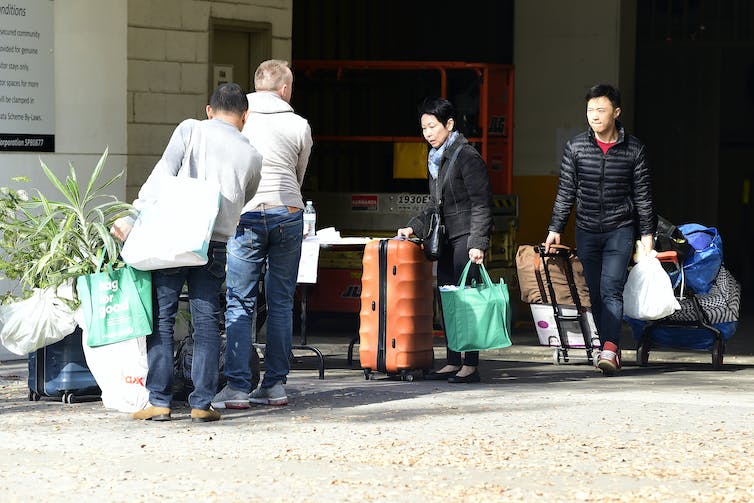 Relaxing controls also opens the door to unscrupulous developers to exploit the crisis for their own personal gain. Transparency International’s recent submission to a Senate inquiry argues that powerful groups have too often prevailed over public interest. It warns:

Businesses in highly regulated industries, such as transport, mining, energy and property construction, all actively seek to influence politicians, although the channels of influence vary by industry.

In some countries we are already seeing developers exploiting the COVID-19 crisis to argue for relaxation and even removal of regulations put in place to ensure projects contribute positively to the communities in which they are built. A former senior adviser to US President Donald Trump has argued that his administration should trigger an emergency override of America’s environmental protection laws and establish “Australian-style permitting”.

If fast-tracked projects are undertaken without appropriate controls purely to boost the economy rather than meet a real community need, then we will be paying for this crisis for far longer than we expect. 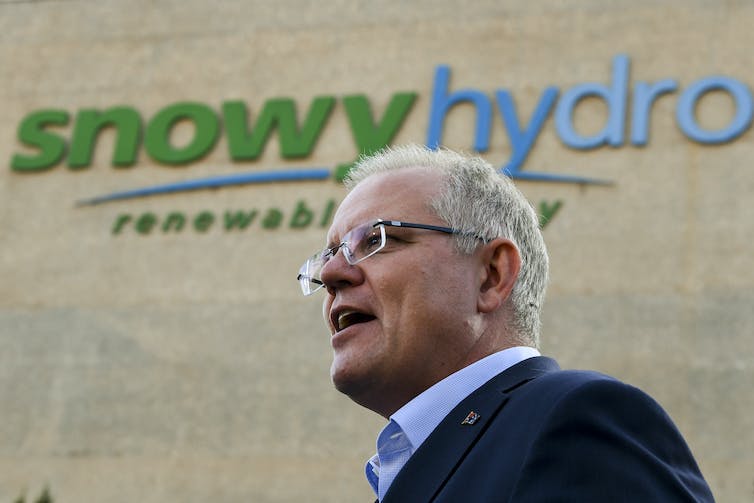 The Snowy 2.0 hydro scheme is among the major projects to be fast-tracked. Lukas Coch/AAP

Focus must be on community benefit

As Elizabeth Mossop warned in her recent Conversation article, our governments are committing taxpayers to further debt to stimulate recovery from the economic impacts of the coronavirus pandemic. Infrastructure spending is great for economic stimulus, but it still has to be the right kind of infrastructure that meets local community needs.

Of course we need to move quickly to rebuild our economy. But we must also place the community at the heart of any decisions about which projects we push through the system.

We could learn much from the principles of urban acupuncture, which would advocate a community-based approach to stimulus. It would also warn against awarding contracts to major multinationals. These corporations suck money out of needy communities into the pockets of shareholders with no links to the communities we need to help.

Research shows procuring from local businesses provides a 77-100% economic advantage and an 80-100% increase in jobs compared to procuring from multinationals.

If stimulus programs follow traditional approaches to infrastructure procurement in Australia, then we will miss an unprecedented opportunity to tackle growing inequity. Even before this crisis, many younger and poorer members of our society were already being left behind.